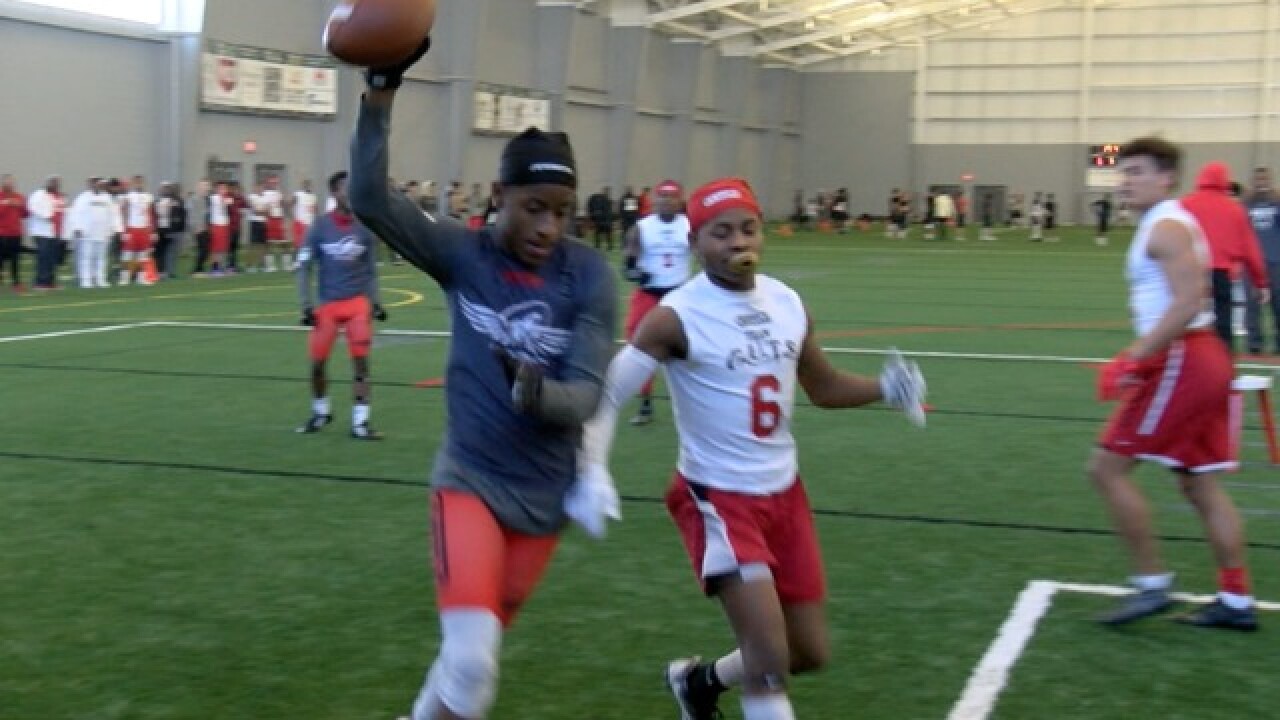 Organized football is still months away but that’s not necessarily true if you take the pads off and you do the seven on seven like they do at the Legacy Center.

600 kids from seven different states represented this weekend at the Legacy Center and it’s a great kick off to make football a year-long sport.

“This is been going on for years down south and this is something we’ve been able to bring to Michigan through Legacy Football Organization and the complex and it’s given a great platform and has become the Mecca of off-season football in Michigan,” Legacy Center director Justin Cessanti said.

There’s no doubt that recruiting in college football has been accelerated. The legacy center is giving Michigan kids an opportunity to enhance their skills outside of their normal football season, and the kids are embracing that opportunity.

“It’s a blast to come out here and play football and do what you love, be with people, make new relationships, it’s a lot of fun,” Jack Kiser, a senior from Indianapolis said.

“It’s really fun to play people from other states because that’s not something we do a lot of, I’m from the inner-city, we don’t see that much, to see different speeds, different size and work with different people it’s great,” graduating Lansing Everett senior Dae’kuan Hallums added.

While college coaches can’t attend and watch these athletes, there’s no lack of exposure as they have recurring services on hand to get the word out on kids as they perform. But make no mistake, this isn’t just about on the field success.

“The bottom line goal is to impact these young men on and off the field, plain and simple, and we’re giving them a platform to be off the street, to do something productive in the off-season and on the weekends, to really compete and build on and diversify their skills and be in this environment that you just don’t get anywhere else,” Cessanti added.