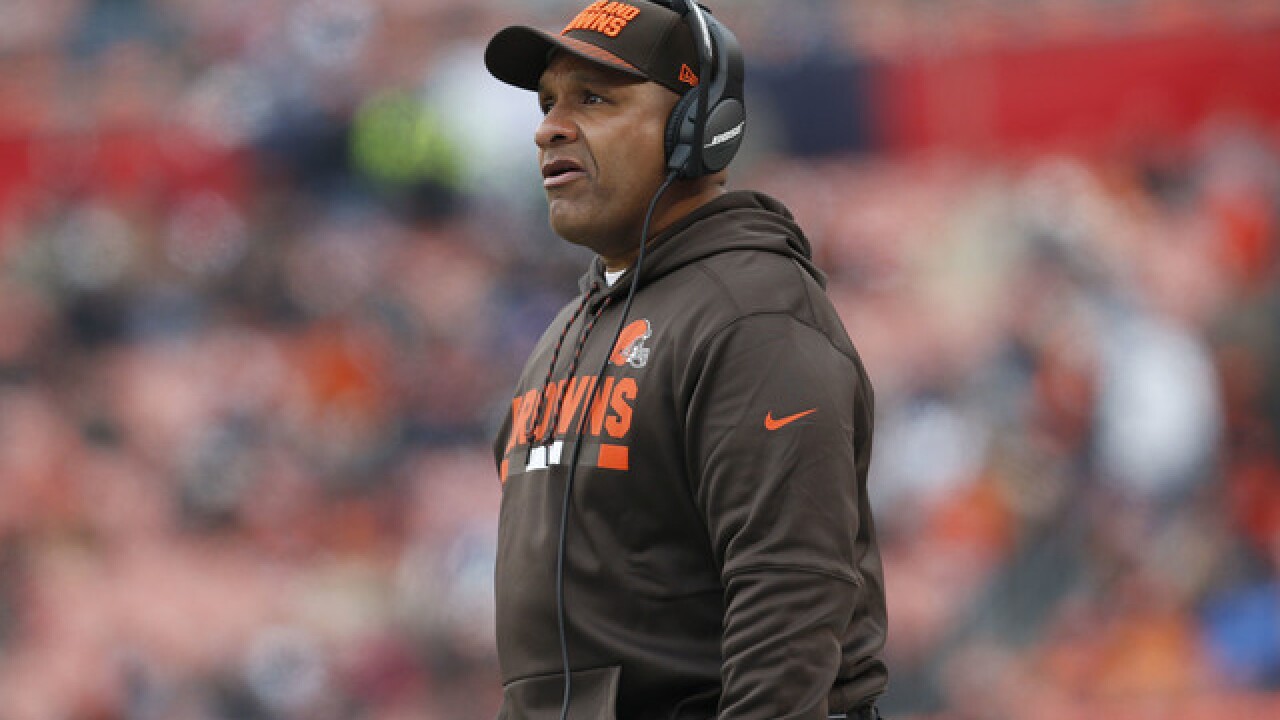 HBO's banking on it.

Despite the Browns' 0-16 record last season and dismal decades of futility for one of the league's signature franchises, NFL Films insists the Browns are the team it wanted to feature most on "Hard Knocks," the award-winning documentary series that takes fans behind the scenes for an in-depth look at the grind -- and the drama -- of training camp.

"We got the team we wanted," said Ken Rodgers, NFL Films VP senior coordinating producer, "our No. 1 pick, the Browns, to be on our show. We think it's the right time with the right team."

Rodgers said the Browns were appealing on so many levels, but mostly because of their comeback story -- the climb to being competitive again -- is universal and strikes a chord with any sports fan.

"We tell our kids that it's not about how you get knocked down, it's about how you get back up and this is a unique situation, having such turnover on the roster, of starting anew, with some old pieces, with some valuable new pieces, that we just felt will speak to a lot of fans," he said.

"What we generally think of when we select a team is, who would the national audience be interested in finding out what's going on, what's going on with the team? And nationally now, the Browns are a big story, rightfully so."

Cleveland had one of the busiest offseasons of any team. The Browns traded for quarterback Tyrod Taylor and Pro Bowl wide receiver Jarvis Landry before selecting Oklahoma quarterback Baker Mayfield with the first overall pick in the draft. Mayfield's arrival has energized Cleveland's fan base and created a national buzz about the Browns.

NFL Films is certain to train its cameras on the colorful Mayfield, whose on-field antics at Oklahoma earned him a bad-boy reputation.

During his opening remarks, Rodgers said he wanted to "address the elephant in the room" and seemed to be implying Mayfield.

"I think a lot of people will be asking how much a certain someone will be featured," he said, "and this position on a football team demands a lot of attention, and it has always been that way for "Hard Knocks." So, yes, we definitely will be featuring head coach Hue Jackson."

Cleveland's third-year coach previously appeared on "Hard Knocks" when he was on Cincinnati's staff in 2013. Jackson enjoyed the experience and said he's not worried about the added camera crews and attention around camp affecting the QB battle between Taylor and Mayfield.

"It's a competition anyway," he said. "Tyrod's our starting quarterback. Baker's our No. 1 pick. He's our quarterback of the future. I've said that since this happened. I don't think that will change. I want those guys to be exposed for what they do, because I think our fans want to know them and what makes the tick. But at the same time, I don't think it should put any more pressure on what we need to do as a football team about who's playing quarterback for us."

Jackson plans to speak to his team about appearing on the show. He doesn't want anything to alter their focus in camp, and he's confident the Browns' leaders will make sure players don't play up to the cameras.

Running back Duke Johnson fears some of his teammates may see the show as an opportunity for publicity.

"I hope it doesn't really change much, but it's easy to say that now -- there's no cameras here," he said following practice. "I hope we don't have a lot of guys that turn into actors and try to be all Hollywood. If Hollywood is what you want to do after football, go for it."

Jackson made it clear he doesn't want HBO's cameras around next week when he makes good on his promise and jumps into Lake Erie.

NOTES: Johnson said he's "very optimistic" that he'll work out a contract extension with the team. He's in the final year of his rookie deal.  "It's going well," he said. "It's not going bad. This is kind of my first contract negotiation. I'm not sure the timetable of when it's supposed to be done, when it should be done, so we're taking it one day at a time." Johnson led the team in catches (74) and yards receiving (693) last season.