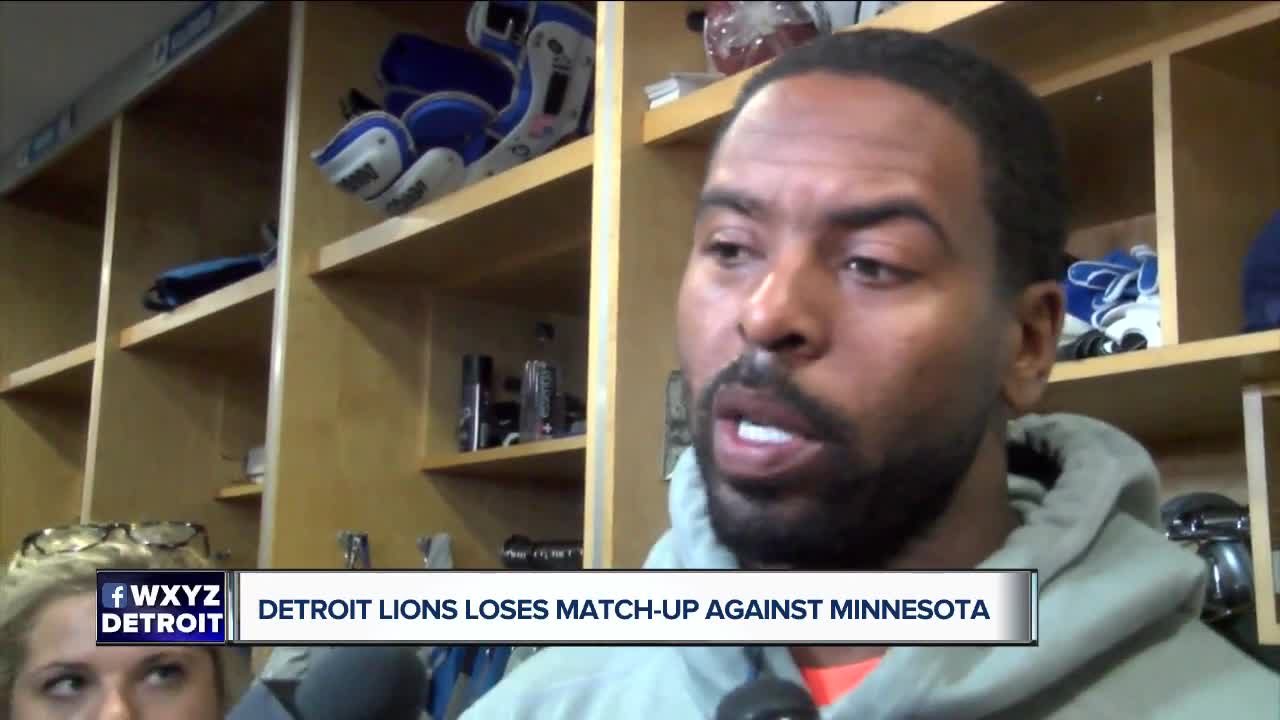 The Lions defense was looked at as a strength, but after their latest loss, it's becoming a major weakness for Detroit.

ALLEN PARK (WXYZ) — Coming into the 2019 season, the Lions were thought of as a defensive team.

After free agent moves were made to enhance their front four, it was thought of as one of the strongest units in the league.

But after the Lions 42-30 loss to the Vikings on Sunday, trends are starting to appear to suggest that the defense is not playing up to it's potential.

"It starts with coaching and then goes to playing, we're going to own up to that fact, we did not do enough yesterday to win," Lions head coach Matt Patricia said.

"Nobody is panicking, still a long season ahead of us, we can't look back into the past, can't look at what we did last year, the offenses get paid too, they've done a good job at scheming up some runs," defensive tackle Damon 'Snacks' Harrison added.

The Lions say they'll get back to work this week as the Giants come to Ford Field in Sunday.