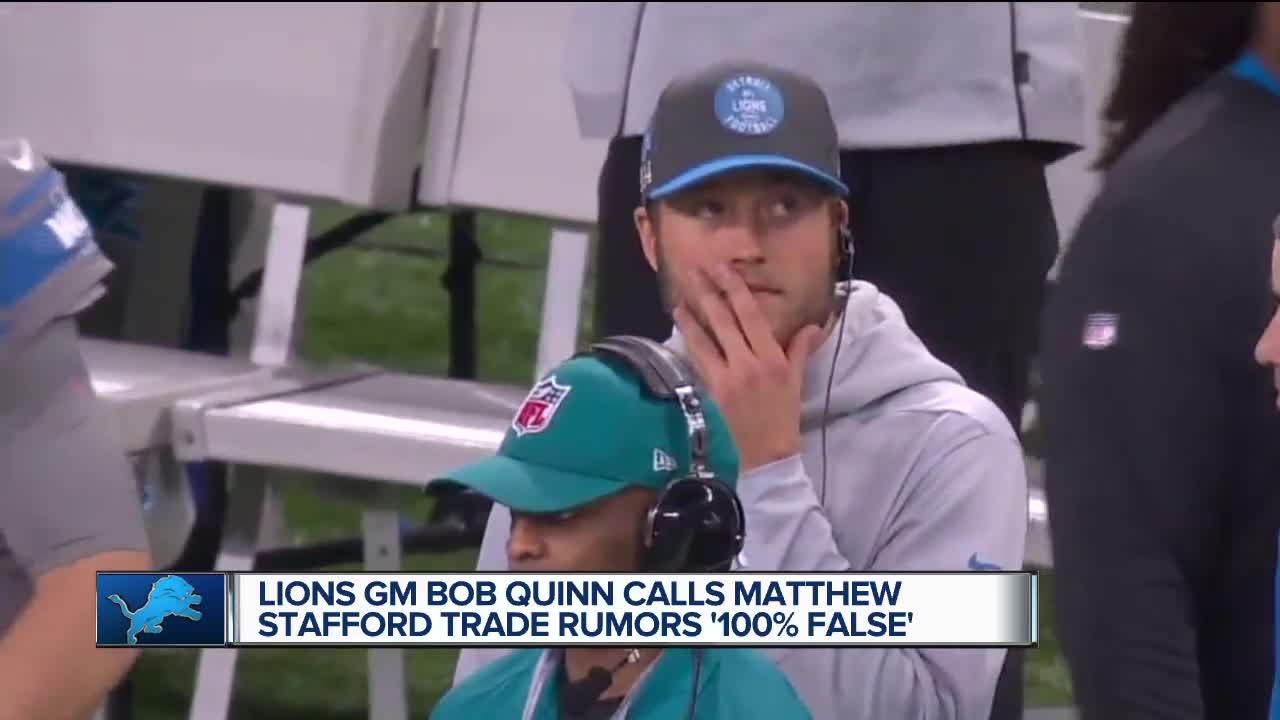 Check your tickets ASAP! Detroit Lions General Manager Bob Quinn said that a rumor the team is in talks to trade Matthew Stafford are not true. 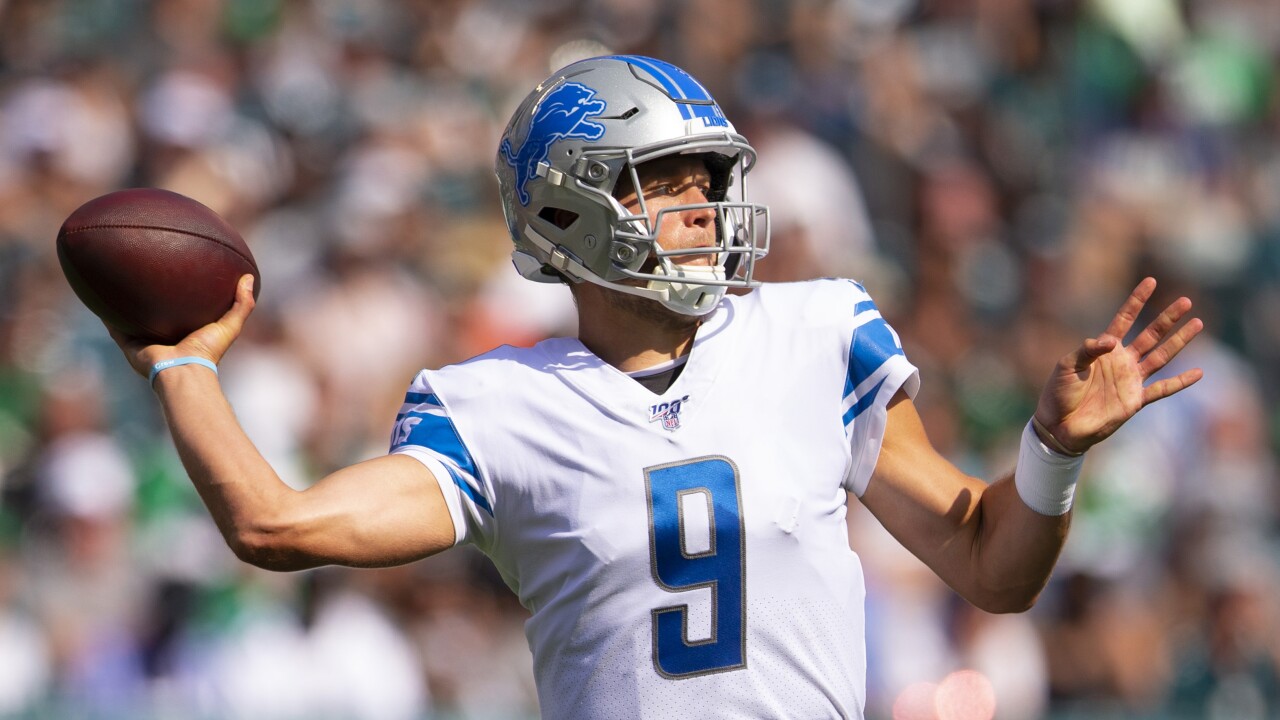 DETROIT (WXYZ) — Detroit Lions General Manager Bob Quinn said that a rumor the team is in talks to trade Matthew Stafford are not true.

The report came out early Thursday morning form WDIV citing sources who said the Lions have been discussing a trade for Stafford for a couple of weeks.

Stafford's wife, Kelly, posted two photos to her Instagram story saying that if Detroit does trade Matthew,"I could stay in Cali..."

Sportac, a website for professional contracts, salaries, and more, said that trading Stafford would leave the Lions with $32 million of dead salary cap.

Trading Matthew Stafford would leave behind $32M of dead cap to the #Lions, a loss of $10.7M of space. Detroit has already restructured and paid out a $6M bonus for the season. He’s staying put in 2020. https://t.co/4DC96J5p2k

Stafford signed a 5-year, $135 million contract extension in 2017 but in December restructured his contract just last season to spread his cap hit over the rest of his contract.

He played only eight games last season after suffering a back injury, but it was hist first time missing games since 2010. In the eight games, he still threw for 2,499 yards, 19 touchdowns and five interceptions.