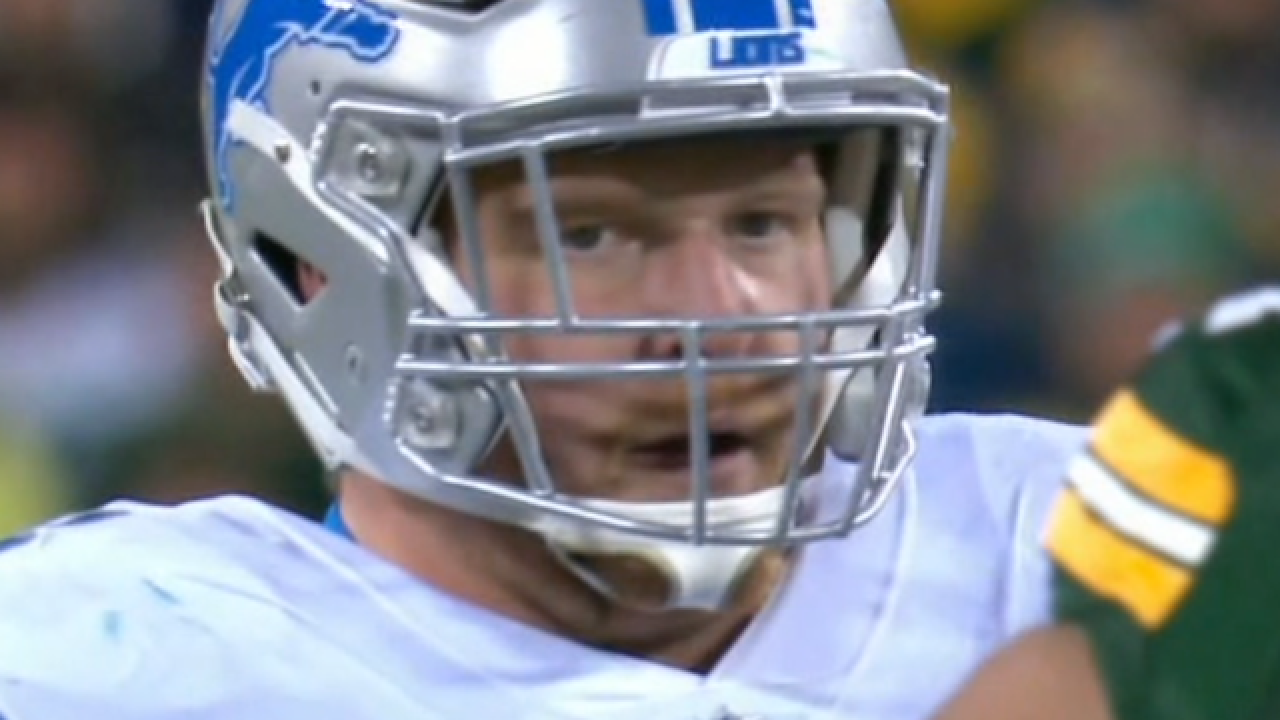 The Detroit Lions have put guard T.J. Lang on injured reserve with a neck injury.

The Lions announced the move Wednesday.

Lang has missed three games this season, including last weekend's loss at Chicago. The 31-year-old lineman is in his second season with the Lions after playing eight with Green Bay.

Lang signed a three-year deal with Detroit before the 2017 season, returning to his home area. He was born in Royal Oak, went to high school in Bloomfield Hills and went to college at Eastern Michigan.

Detroit (3-6) has lost three straight, and the Lions have yielded 16 sacks in the past two games.