Lions still not sure if they're 'Hard Knocks' participants yet 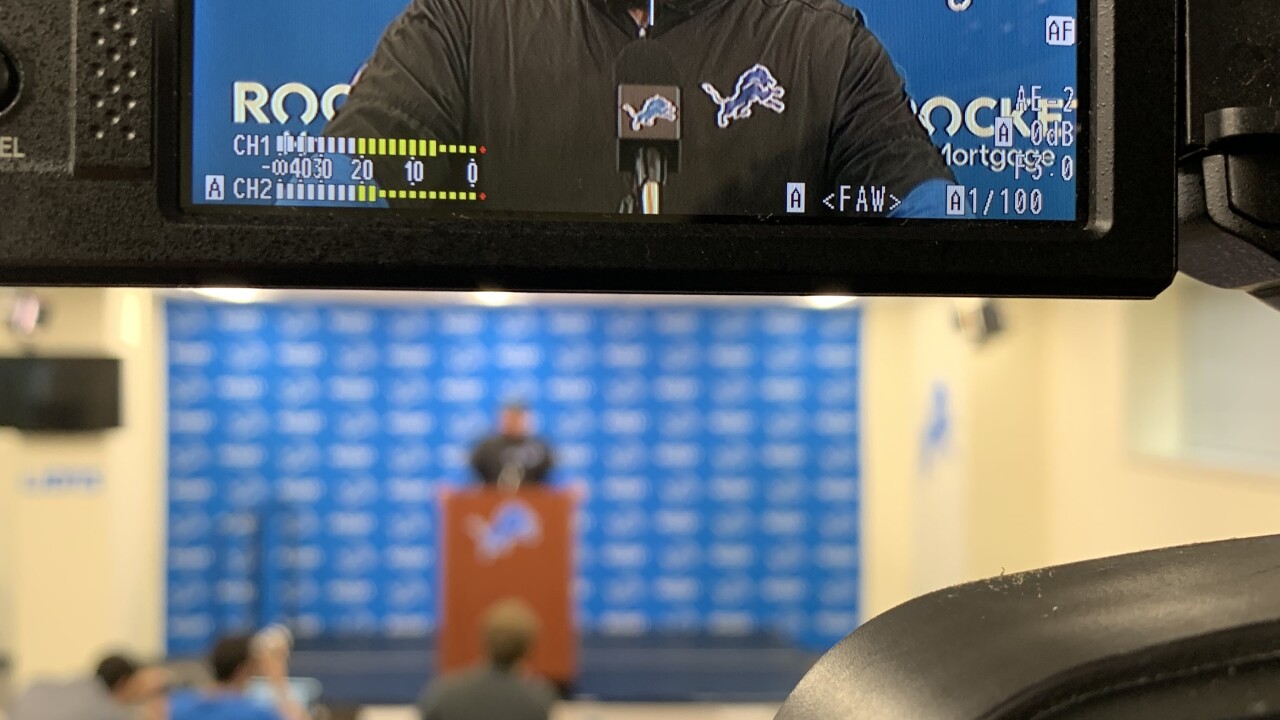 ALLEN PARK (WXYZ) — The Lions still don't know if they are going to be featured on the hit HBO series "Hard Knocks" just yet.

After more rumors swirled that Detroit would be the featured team, head coach Matt Patricia talked about what he knows.

"I have no information, I've been told absolutely nothing as far as that's concerned, the organization's been told nothing as far as that's concerned, I think like all of us we fell in love with the game through NFL Films, I love those clips as a young guy falling in love with the game. Can't say enough about the great job that they do at NFL Films, as far as we're concerned though, we control what we control and we just go forward."

The hour is near for the show to make it's decision between the 49ers, Giants, Raiders, Redskins and the Lions, but Patricia is heading into mini camp not worried about the cameras just yet.

"We'll figure it out as it happens, probably reach out to some of the coaches that have been on that before and see what they think, but we'll worry about it if we have to worry about it," Patricia added