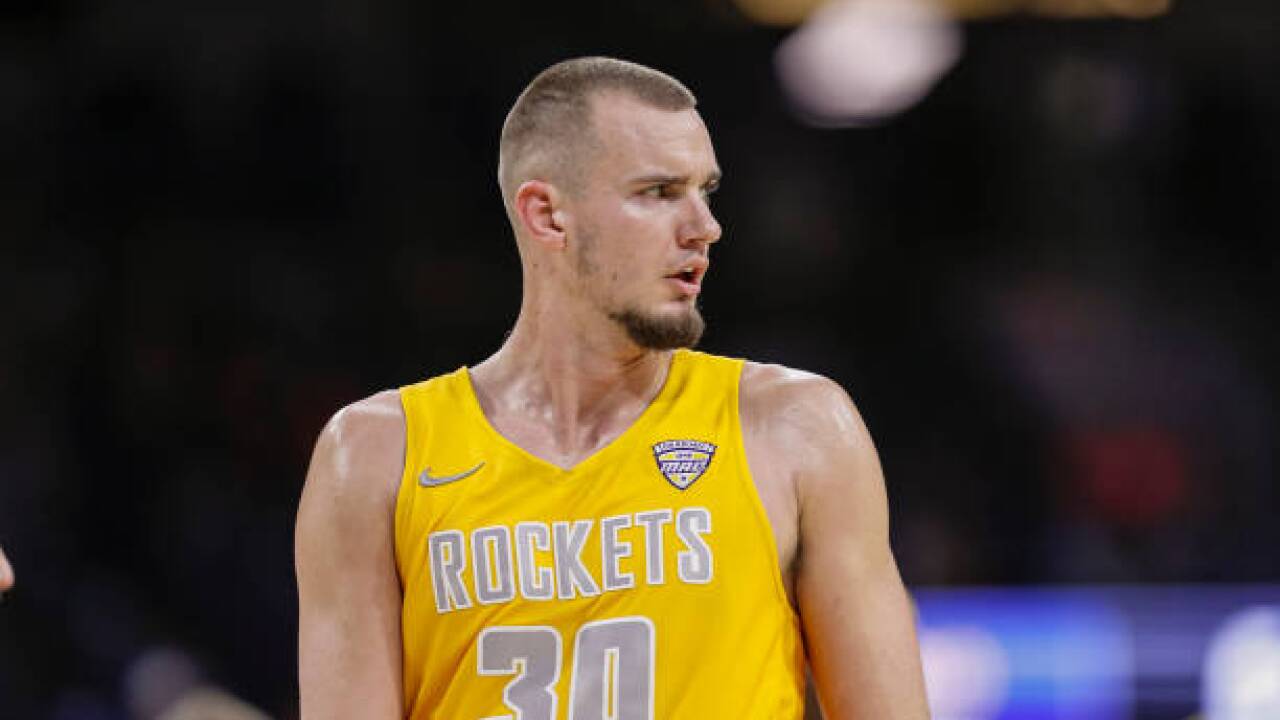 Although Toledo held a slim lead throughout the second half, when a jumper from Knapke gave the Rockets a 57-53 lead with 8:52 remaining he would be the last player other than Jackson to score for Toledo.

Jackson scored the Rockets' final eight points, first hitting a free throw then a 3-pointer for a 61-57 lead. He added another jumper and his layup with 3:48 remaining gave Toledo its final points of the game. The Rockets allowed only four points in the final three minutes to win.

Spencer Littleson had 14 points for Toledo (5-2), which earned its fourth straight home victory. Jackson added 13 points and six assists and Willie Jackson had 14 rebounds for the Rockets.