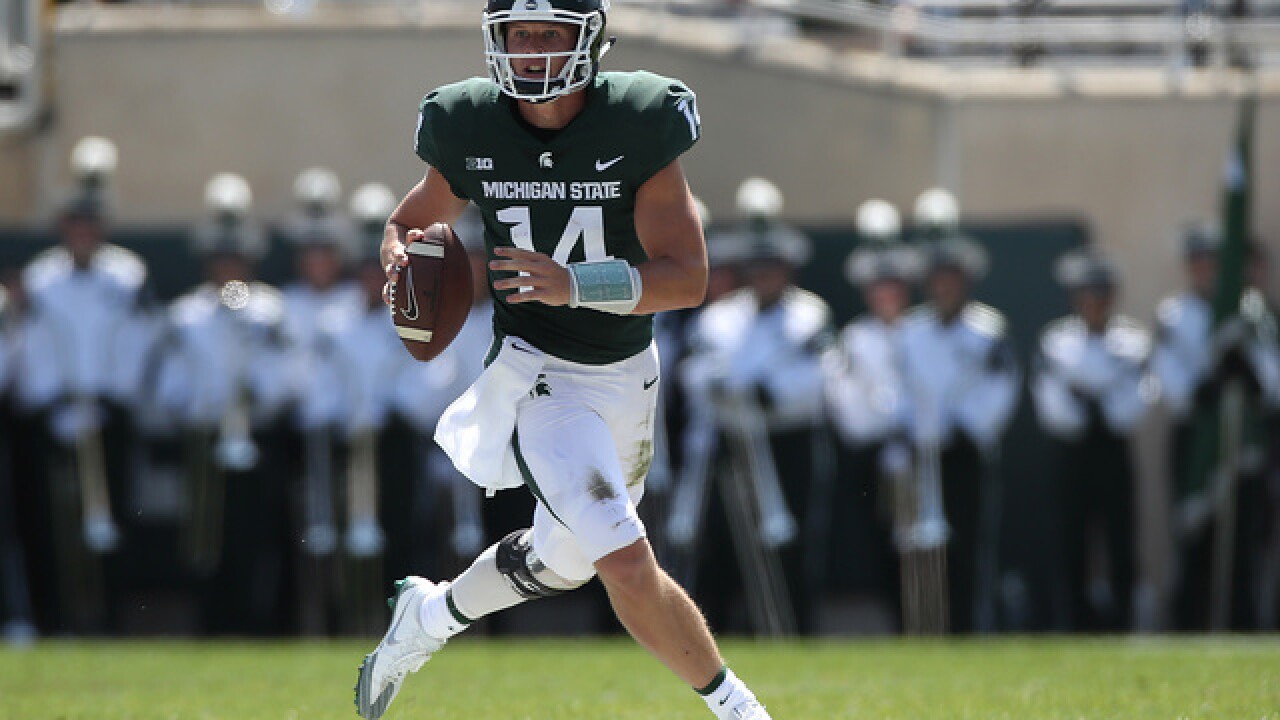 (AP) — Michigan State welcomes back most of the pieces of the Big Ten’s stingiest defense, which leaves plenty of room to fix an offense that often sputtered as the Spartans limped to a 7-6 finish last season.

There will be no doubt about who will be under center if coach Mark Dantonio can help it.

Brian Lewerke led the Spartans to a 10-3 season as a sophomore while throwing for almost 2,800 yards and 20 touchdowns against just seven interceptions. Injuries limited him to 10 starts last fall and his performance suffered, too. He finished the year with eight touchdown passes and 11 picks as Michigan State’s offense managed just averaged 17.2 points in Big Ten play.

Rocky Lombardi won two of his three starts in Lewerke’s place, but Dantonio said the redshirt sophomore will start the season second on the depth chart.

“Right now, Brian is our No. 1 quarterback,” he said, adding the senior is “healthier, bigger and stronger.”

“We were watching some of the throws he made in the spring and in OTAs,” Williams said, “and it was like, ‘man, we got our guy back.’ We’re excited.”

The defense allowed only 16.6 points per game in league play.