Mark Dantonio explains why he stepped down at Michigan State 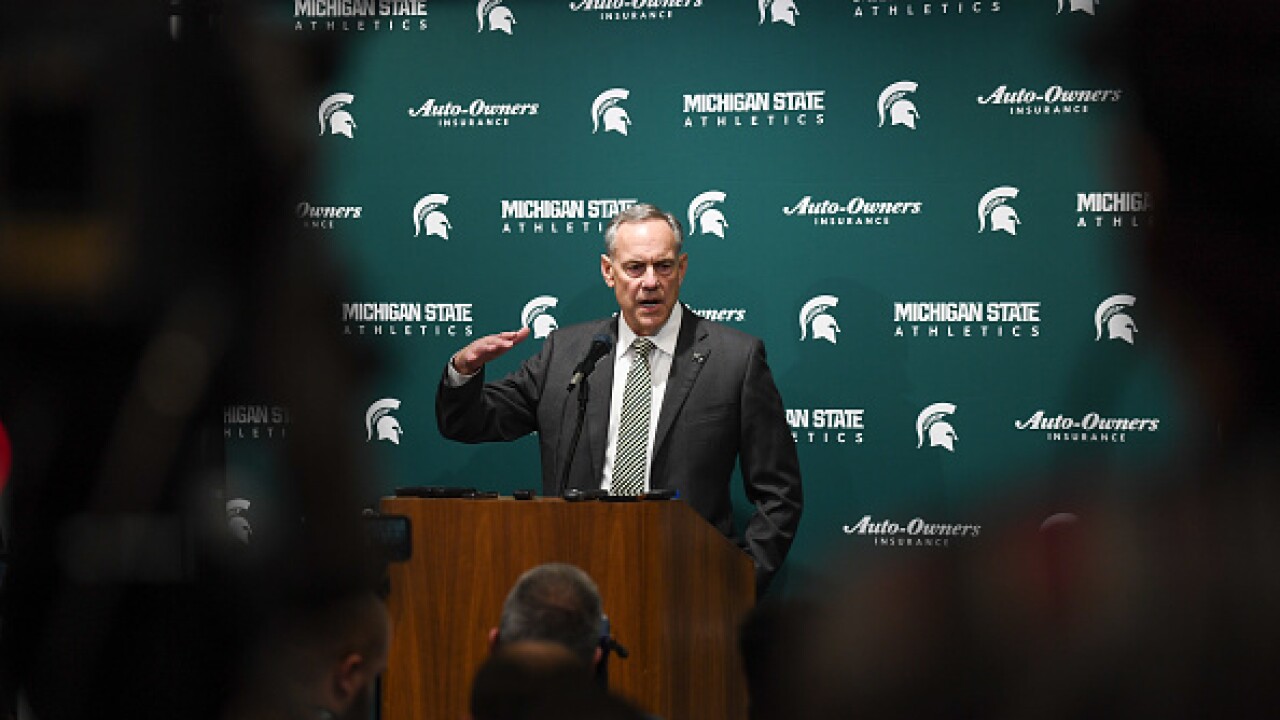 EAST LANSING, Mich. (AP) — From “pride comes before the fall” to Little Giants, Mark Dantonio leaves Michigan State fans with an abundance of fond memories after bringing the Spartans to heights they hadn’t reached in decades.

Dantonio announced his retirement Tuesday, ending a 13-year run in which his teams won three Big Ten titles and he became the school’s winningest coach. The 63-year-old Dantonio called his decision a difficult one while noting the nonstop demands of the job.

Here’s Dantonio’s full answer to my question as to whether he feels e left MSU better than he found it. pic.twitter.com/p6hIbM1r1R

“I just found myself never having the opportunity to come up for air, and that can wear on you,” he said Tuesday night at a news conference.

Dantonio went 114-57 as Michigan State’s coach and won Big Ten titles in 2010, 2013 and 2015. The last of those three seasons included a trip to the College Football Playoff, but the Spartans declined after that. They went 7-6 this past season.

Defensive coordinator Mike Tressel will be the acting head coach while Michigan State seeks a replacement for Dantonio, who said qualified candidates would be willing to crawl to campus for the job.

Michigan State athletic director Bill Beekman said he will seek Dantonio’s input on the search for his successor. Dantonio plans to have a role within the athletic department.

Beekman acknowledged the timing isn’t ideal to search for a new football coach.

“There are times that are better than other times,” he said. “But I think when you’ve won 114 games, you’re our all-time winningest coach, and you’ve taken us to the places Mark has taken us and you’ve set the bar where Mark set it, I was comfortable operating on his timeline whatever that would be.

The Spartans have fallen from the Big Ten’s elite in recent years, but only after Dantonio brought Michigan State to the top echelon of the league — and the nation — during a terrific stretch from 2010-15. He won at least 11 games five times in that six-year span — the first time a Big Ten coach had done that.

Mark Dantonio admitted there were times in the last year his job stopped becoming enjoyable. pic.twitter.com/j7hWqrzhCT

A turning point in his tenure occurred in 2010, when the Spartans memorably beat Notre Dame on a fake field goal in overtime. The trick play was called “Little Giants” — and Dantonio had a heart attack in the immediate aftermath of that victory. He returned to coach his team soon after and led Michigan State to a share of the Big Ten title.

The Spartans went to the conference title game three of the next five years after that, winning it twice.

Michigan State also dominated its heated rivalry with Michigan for much of Dantonio’s tenure. In 2007, his first season at the helm, the Spartans lost to the Wolverines. Afterward, Michigan’s Mike Hart referred to Michigan State as a little brother. Dantonio responded by warning the Wolverines that “pride comes before the fall” — and the Spartans won four straight meetings after that.

Even after losing to Michigan the last two seasons, Dantonio ended up going 8-5 against the Wolverines.

The Spartans went just 27-24 in the four seasons since their playoff appearance, and Dantonio’s future was the topic of speculation in 2019. He seemed to put some of that to rest in November, when he said he planned to be back next season.

Mark Dantonio explained how he decided this "reset time" was the best time to retire.

“Every February since 2007, I have reset this program in preparation for the next year’s challenges. After much reflection and discussion with my family, I feel that it is now time for change as we enter into a new decade of Michigan State football,” he said in a statement earlier in the day. “I have told our players on many occasions that ‘Michigan State is bigger than any one person. Someday there will be someone else here talking to you from this podium.’ That day has come.”

Mark Dantonio: "This is a decision that had been weighing on me, I don't think it's any big secret, probably for quite a while." pic.twitter.com/TDYiWrsXai

In 2017, four players were dismissed from the football team after criminal sexual conduct charges were brought against them. A report from an external law firm found no evidence that Dantonio violated school policy on handling sexual misconduct claims, but the off-field issues damaged the program’s reputation.

Curtis Blackwell, a former Michigan State football employee, filed a lawsuit claiming his employment agreement was violated when he was disciplined while the school addressed sexual assault allegations against players in 2017. Dantonio was named as a defendant in the suit and recently gave a lengthy deposition.

Dantonio said the deposition and potential fallout from the lawsuit had “zero” to do with his decision to retire.

What factor was the ongoing lawsuit a factor in Mark Dantonio's retirement?

“No relevance whatsoever,” he said.