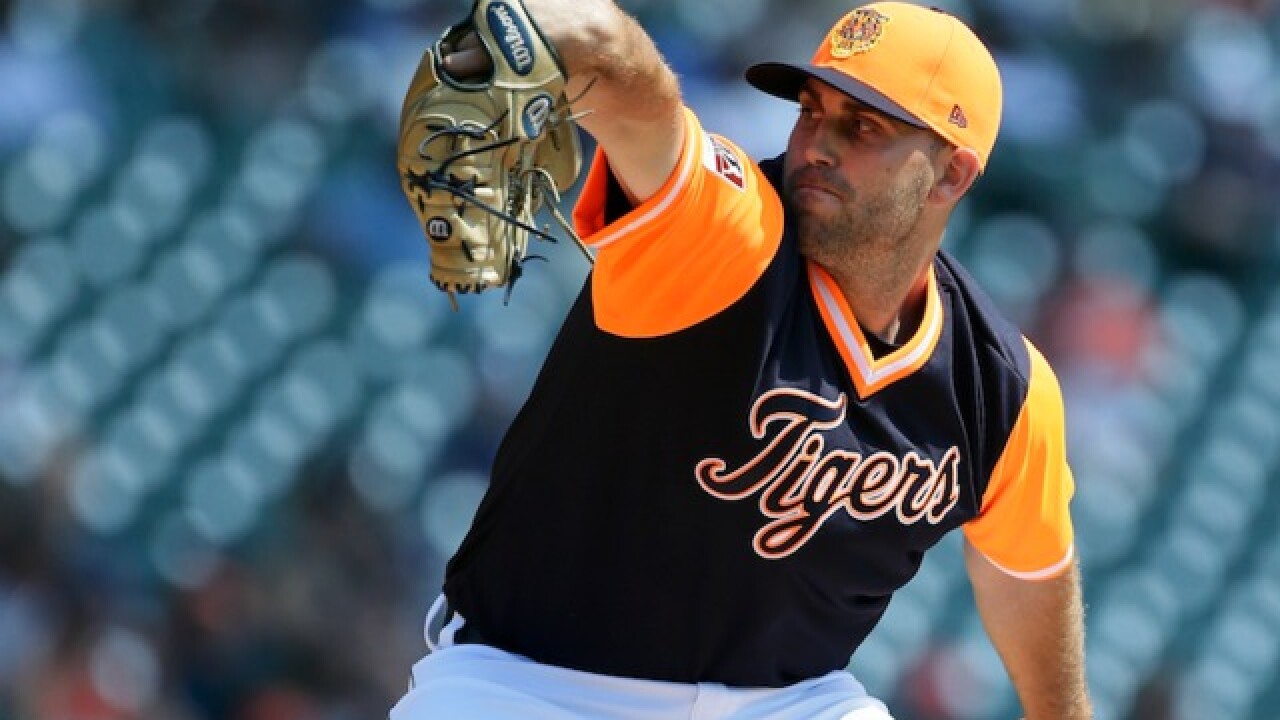 DETROIT (AP) — The Detroit Tigers held a players' meeting recently to talk about the importance of competing down the stretch.

"From the beginning of the season, people have been counting us out. We've played pretty well this year, given the circumstances," outfielder Mikie Mahtook said. "At the beginning of the season, if you said Miguel Cabrera would be out ... season-ending injury, I don't think people would think that we'd have this season. I think people all expected us to lose a hundred games."

Mahtook hit one of three Detroit home runs in the sixth inning, and the Tigers beat the Chicago White Sox 7-2 on Thursday. Even after the victory, Detroit is 22 games under .500, but after finishing tied for the worst record in baseball last season, the Tigers have avoided a total collapse in 2018.

"You could see after we hit the first one, he got a little hot. He was a little mad," Tigers manager Ron Gardenhire said. "He tried to throw it through a brick wall, and we got him a couple more times. That doesn't happen very often."

It was the first career home run for Rodriguez, who also hit an RBI double two innings earlier.

Boyd (8-11) allowed six hits, walked one and struck out six.

Jose Rondon hit a two-run homer in the eighth for the White Sox, who fell to 3-10 this season against Detroit.

Chicago manager Rick Renteria missed his fourth straight game since experiencing lightheadednessMonday in Minnesota. The White Sox said he was back in Chicago and would have further testing.

Rodriguez opened the scoring with a run-scoring double in the fourth, and Grayson Greiner followed with a sacrifice fly to make it 2-0.

In the sixth, Detroit hit three home runs in a span of four batters, with Mahtook and Rodriguez connecting for back-to-back drives that gave the Tigers a 5-0 advantage.

"I thought I was good early, but then I started losing the ball up," Shields said. "I was able to limit the damage for a while, but I got behind Castellanos, and I had to come in on him and he crushed it. Mahtook was a fastball up, but not far enough up, and the next one was just a hanging curve right down the middle."

Jim Adduci added a two-run double in the seventh.

Detroit center fielder Mike Gerber struck out three times and is now hitless in his last 30 at-bats, but he made the game's biggest defensive play in the fifth. Down 2-0, the White Sox had men on first and second with two outs when Ryan LaMarre singled to center.

It looked like Yolmer Sanchez would score easily from second, but Tim Anderson tried to go from first to third and was thrown out by Gerber — before Sanchez made it to the plate.

"Yolmer looked back, saw they were throwing to third and slowed down a little," said White Sox bench coach Joe McEwing, who was managing in Renteria's absence. "T.A. has to realize that the only play is at third, and with two out, he's already in scoring position at second."

Chicago reliever Ryan Burr made his major league debut and struck out two in 1 1/3 innings.

"It was everything I could have wanted it to be, and I've been imagining it for a long time," Burr said.

White Sox: Chicago put C Welington Castillo on the 10-day disabled list with right shoulder inflammation. Castillo was suspended for 80 games on May 24 under the major league drug-testing program. He was eligible to return during this series and has been on a rehab assignment with Triple-A Charlotte.

Detroit's Michael Fulmer (3-9) returns from a left oblique strain Friday night for his first appearance since July 14. The White Sox send Reynaldo Lopez (4-9) to the mound.

To make room for Fulmer on the active roster, the Tigers optioned RHP Zac Reininger to Triple-A Toledo after Thursday's game.