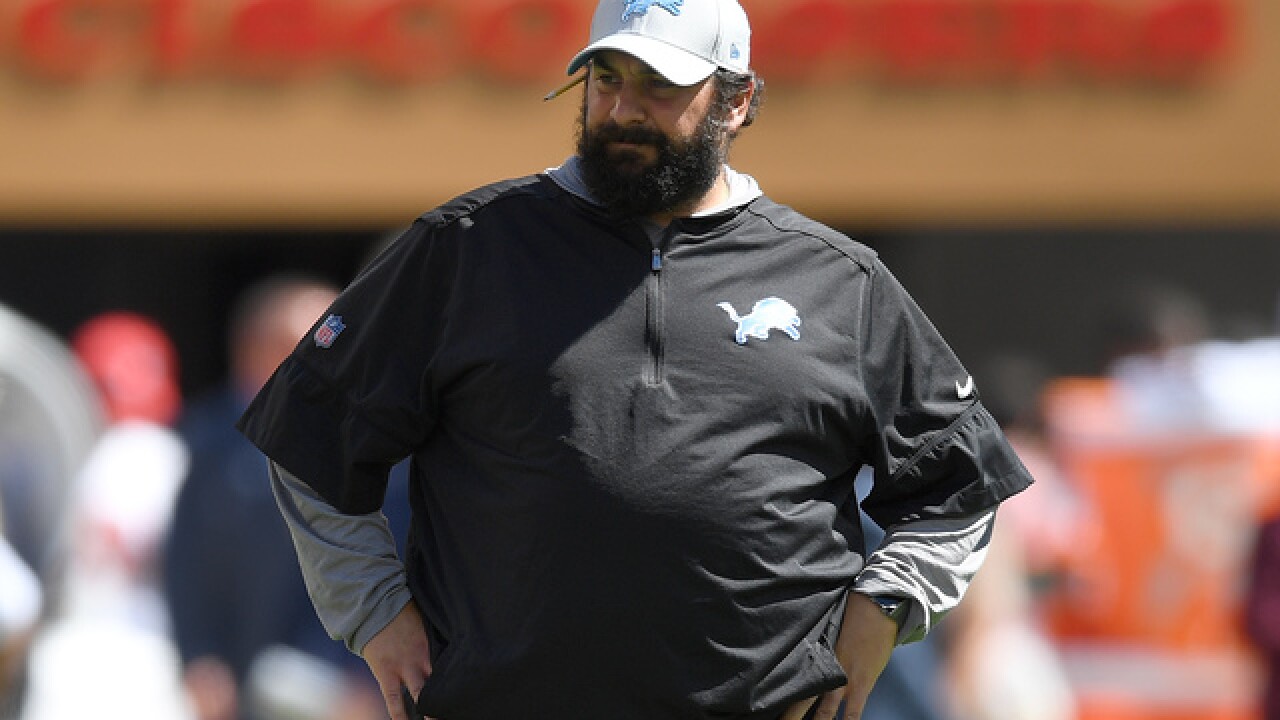 After a blowout loss in Week 1 raised concerns about the team’s tenacity and commitment level, the Lions rallied gamely Sunday at San Francisco. But a late penalty left Detroit a few points short in a 30-27 loss . The Lions certainly didn’t give up, but they made too many mistakes — and now injuries are becoming a concern as well.

“We have a lot of work to do, we know that,” coach Matt Patricia said Monday. “We’re a blue-collar team that’s going to go to work every single day and try to get better.”

That’s a more credible statement now than it was after Detroit’s season opener, when the Lions were throttled 48-17 at home by the New York Jets. Sunday’s game looked like more of the same when the 49ers took a 30-13 lead in the fourth quarter. Then Detroit scored two touchdowns and appeared to be in position to win when Tracy Walker intercepted a pass and ran it back to the San Francisco 7-yard line.

But that play was negated by a holding call on Quandre Diggs. The Lions would eventually get the ball back, but they couldn’t make it across midfield. Patricia said he always tries to get clarification on questionable calls from a game, and he indicated the penalty on Diggs would be one the Lions would ask the league about. He also said the game was officiated tightly, and it was up to his team to adjust.

Detroit had 10 penalties for 105 yards, and running back LeGarrette Blount was ejected in the fourth quarter for shoving a San Francisco player.

The Lions (0-2) seemed to show more fight than against the Jets, but that’s of little consolation for Detroit fans. This team went 9-7 in each of the past two seasons and appears in danger of taking a step back in Patricia’s first year at the helm.

“The fans are obviously the ones that we’re trying to go out and work the hardest for,” Patricia said. “I certainly understand their frustration and we’re doing everything we can possible to make sure we get this turned around.”

The path ahead is daunting. Patricia’s former team, the New England Patriots, comes to Detroit next weekend. Then the Lions go on the road to play Dallas before hosting Aaron Rodgers and Green Bay.

“We have talent on this team, and obviously guys like Ziggy and Slay are hard to replace,” linebacker Devon Kennard said. “But it’s no excuse. We have to go out there and find ways to win and play effective defense.”

Big plays have been a problem. The Lions allowed a 62-yard touchdown run against the Jets and a 66-yarder against San Francisco.

“It’s total team defense. It goes from the line to linebackers to the secondary, and we have to finish the play better, we have to do a good job of stopping that,” Patricia said. “We can’t let that happen and we have to go out and execute that better next time.”

Next weekend, the Lions face a team that can certainly make them pay if they don’t execute.

“We’re ready for the opportunity,” wide receiver Marvin Jones said. “It’s the NFL, it doesn’t get easier. Nobody is just going to come and give us the game. We have to take it and Sunday will be another opportunity for us to do that.”