Matt Patricia praises D'Andre Swift, loss "not about him" 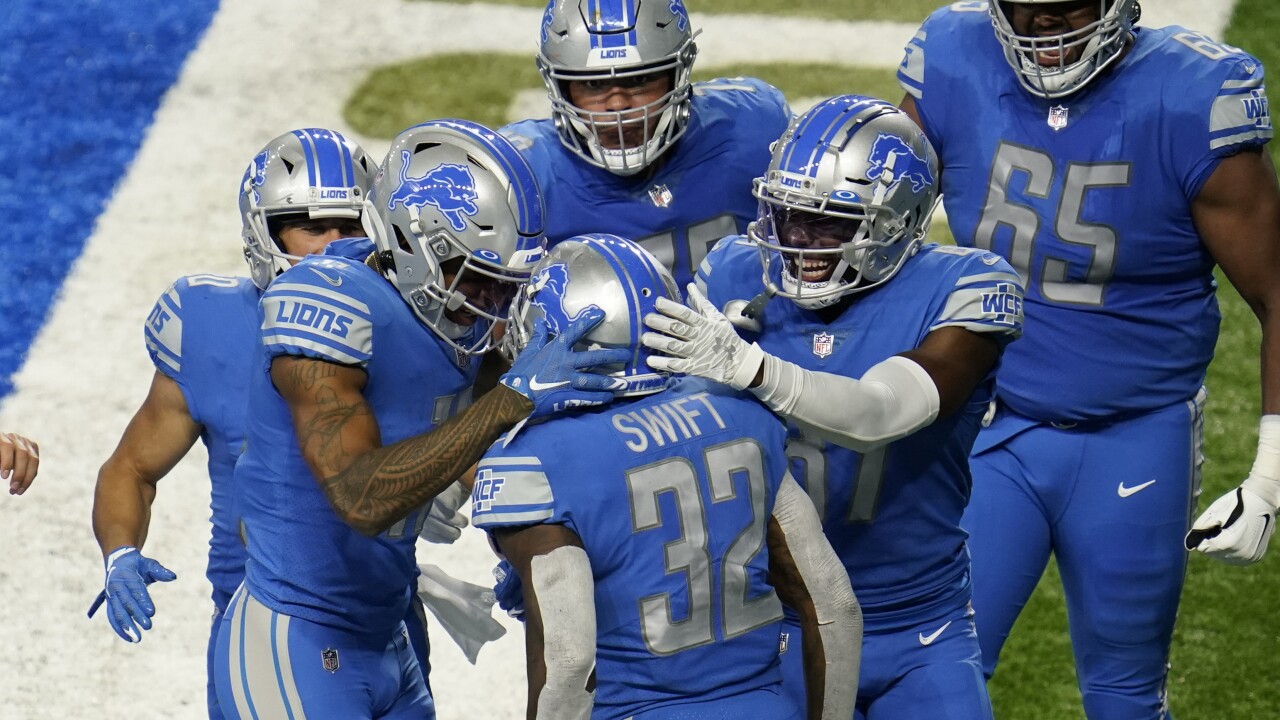 (Copyright 2020 The Associated Press. All rights reserved. This material may not be published, broadcast, rewritten or redistributed.)
Paul Sancya/AP
Detroit Lions running back D'Andre Swift (32) celebrates his one-yard touchdown run with teammates in the first half of an NFL football game against the Chicago Bears in Detroit, Sunday, Sept. 13, 2020. (AP Photo/Paul Sancya)

(WXYZ) -- Detroit Lions head coach Matt Patricia talked Monday about his conversation with rookie running back D'Andre Swift after Swift dropped what would have been the go-ahead touchdown in Detroit's 27-23 loss to the Chicago Bears.

Patricia, repeatedly calling Swift a "great kid," told reporters about walking up the tunnel at Ford Field with the running back following Sunday's game.

"I kind of grabbed him, put my arm around him, because I knew that he was going to put too much of this on him when it’s not him," Patricia said. "It’s not him at all."

The Lions gave up 21 unanswered points to the Bears in the 4th quarter before Swift's drop with six seconds remaining in regulation.

"We had a lot of opportunities to win that game," said Patricia. "It’s not about him at all. It’s about the other plays that happened. He’s going to make a lot of plays for this team. He’s going to be a great player for this team. Everyone goes through growing pains from that aspect of it, and I just wanted him to know that he’s a great player, he’s a great guy, he’s going to come to work, he’s going to keep pushing forward and to think that we didn’t win the game because of his play is totally inaccurate."

In his NFL debut, Swift rushed three times for eight yards and a touchdown, and caught three passes for 15 yards.