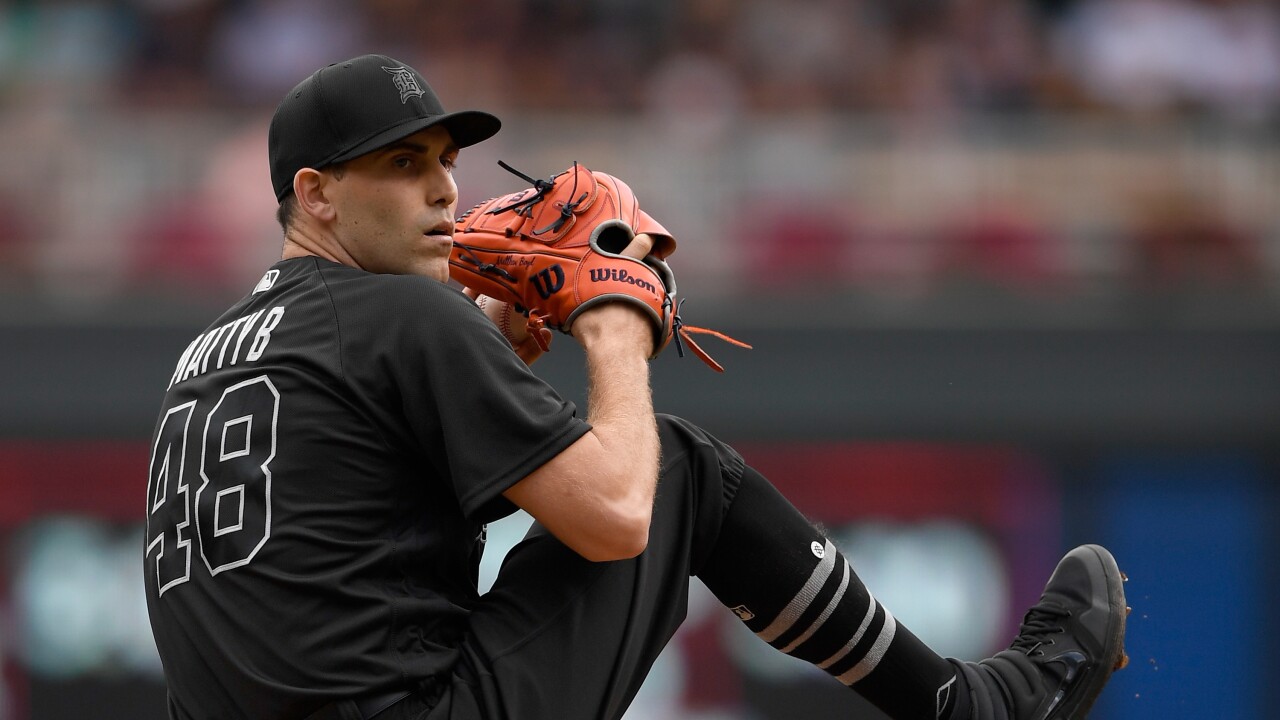 Copyright 2019 by Getty Images
Hannah Foslien/Getty Images
MINNEAPOLIS, MN - AUGUST 25: Matthew Boyd #48 of the Detroit Tigers delivers a pitch against the Minnesota Twins during the first inning of the game on August 25, 2019 at Target Field in Minneapolis, Minnesota. Teams are wearing special color schemed uniforms with players choosing nicknames to display for Players' Weekend. (Photo by Hannah Foslien/Getty Images)

Minnesota increased its AL Central lead to 3 1/2 games over the Cleveland Indians, who lost to Kansas City at home 9-8 in 10 innings.

Cron's three-run shot to center field broke open a 2-0 game in the fourth and gave Perez (9-5) plenty of cushion to work with. The left-hander allowed two runs and five hits for his first win since July 5. It was the second time in his last three starts that Perez went six innings and yielded two or fewer runs.

Tigers lefty Matthew Boyd (6-10) permitted just four hits but was tagged for seven runs in six innings. He walked a season-high five, including the leadoff batter in each of the first three innings.

Schoop hit a two-run shot off Boyd in the sixth. His 18th home run of the year was a line drive that barely cleared the fence in left field but gave Minnesota a 7-2 lead.

The Twins have a major league-best 253 homers this season.

The teams meet again next weekend for four games in Detroit.

Twins: Minnesota manager Rocco Baldelli said he thinks OF Eddie Rosario (hamstring) will be able to avoid the injured list despite not playing Sunday, the third straight game he missed. . OF Byron Buxton began a rehab assignment with Class A Cedar Rapids as he works his way back from an injured left shoulder that has kept him out since Aug. 1. Buxton doubled in his first at-bat with the Kernels on Sunday.

Tigers: RHP Spencer Turnbull (3-12, 4.05 ERA) is scheduled to start the series opener against Cleveland on Tuesday. He's looking for his first win since May 31. He has lost his last three outings.