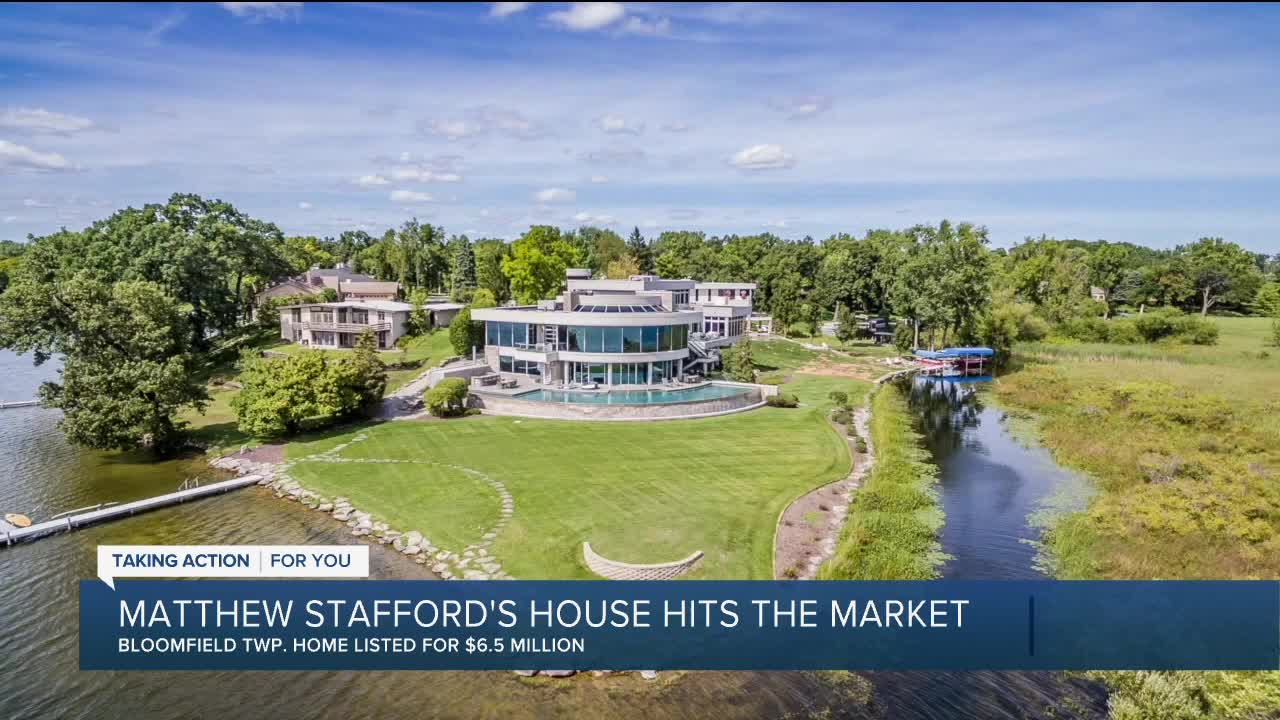 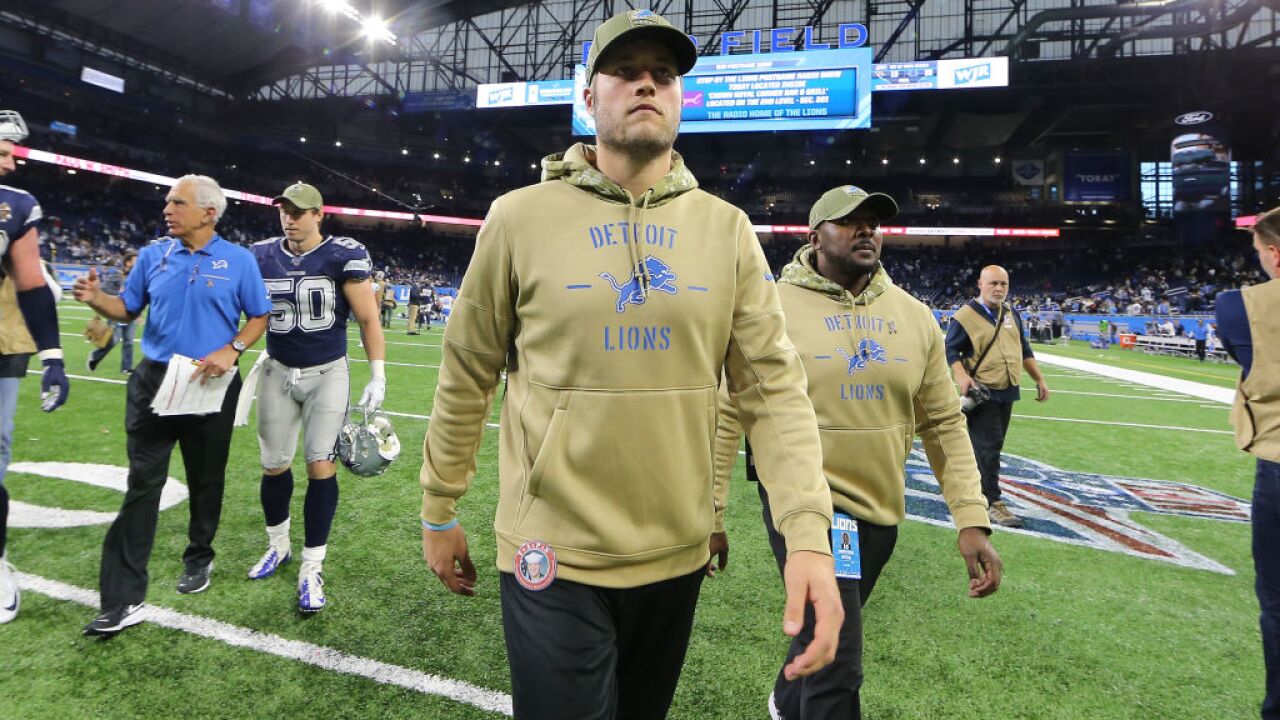 The house on Upper Long Lake is 7,720 square feet and has five bedrooms and seven bathrooms.

The home was purchased in 2013 and included a major addition in 2016, according to the listing.

"No speculation is needed. We're about to have our fourth child, and I personally do not want to live on a lake or have a pool with four children a little under the age of 3," Kelly Stafford said on Instagram Friday, addressing the house going on sale.

"It makes us super sad. That house has been incredible, and we'll never have another house like it," she added. "It just makes us feel better knowing there won't be any dangers of having tiny ones running around all the bodies of water."

A glass elevator services all three floors of the home, and there's an indoor half basketball court that includes the original Detroit Pistons floor from the Pontiac Silverdome.

The Max Brook Realtors — father and son Matthew and Jeff Barker gave us a tour on Coom — showing off neat features like the glass ceiling in the wine cellar.

Amenities include that 625-bottle temperature-controlled wine cellar, a sauna, the largest infinity pool in the state, five fireplaces and more.

“Killer master suite, there is an aquarium, there is an indoor half basketball court,” says Jeff. “It has a tremendous amount of ‘wow’ factor and they will fall in love with it.”

During a press conference on Thursday, Stafford reiterated he wants to be in Detroit.

Earlier this year, rumors came up that the Lions were in trade talks. "I pay less attention to them than my wife does," he said.

He talked about having private conversations with Patricia and GM Bob Quinn after the reports surface.

You can see the entire listing here.