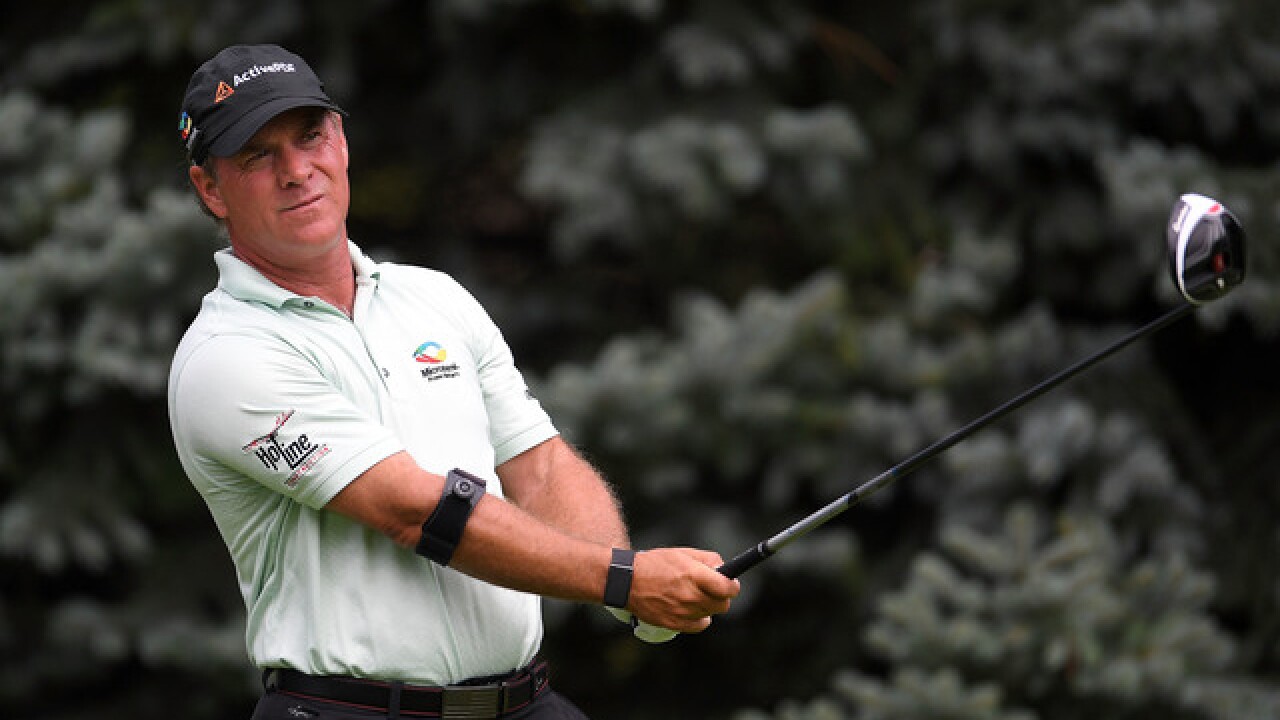 GRAND BLANC, Mich. (AP) -- Scott McCarron shot a 9-under 63 in hot conditions Saturday at Warwick Hills for a share of The Ally Challenge lead with Tom Lehman and Jeff Maggert.

Coming off a successful title defense two weeks ago in Calgary, Alberta, played an early three-hole stretch in 4 under -- making an eagle on the par-4 12th. He had six birdies and a bogey on his second nine, birdieing the last three and four of the final five.

He chipped in on the par-4 ninth for his final birdie.

"I had a decent lie there. It wasn't a difficult chip, but it wasn't one I was really thinking about making," McCarron said. "But I hit a beautiful chip there and it just rolled right in, caught the left edge. Great way to finish."

Lehman shot his second straight 67, and Maggert had a 68 to match McCarron at 10-under 135. The 49-year-old Lehman won in Iowa in June for his 11th senior title.

"Unless somebody just goes crazy, it's always been the case that the course tends to bunch the players," Lehman said. "If you drive it well, you're going to be able to attack pins, and the greens are so perfect, you're going to make putts. So scores tend to be low here and there's going to be a lot of guys shooting low, so there's the possibility for fireworks tomorrow."

The 53-year-old McCarron has seven PGA Tour Champions victories, also winning in Wisconsin in June. He won three times on the PGA Tour.

"I've had a lot of opportunities over the last couple months to win tournaments and my game feels good," McCarron said. "Yesterday I played very nicely, I just didn't make any putts, so today I was able to play well and finally the putts started dropping."

"It's obviously very exciting to come back," the 61-year-old O'Meara said. "We're thrilled that Ally stepped up to the plate to bring golf back to the Grand Blanc-Flint area, come back to Warwick Hills, where we played so many times on the PGA Tour. It's brought back a lot of fond memories."

First-round leader Brandt Jobe had a 71 to drop into a tie for eighth with David McKenzie (69) at 8 under.

"Very similar to yesterday," Perry said. "The golf course is in great shape. Greens are at speeds -- holeable speeds."