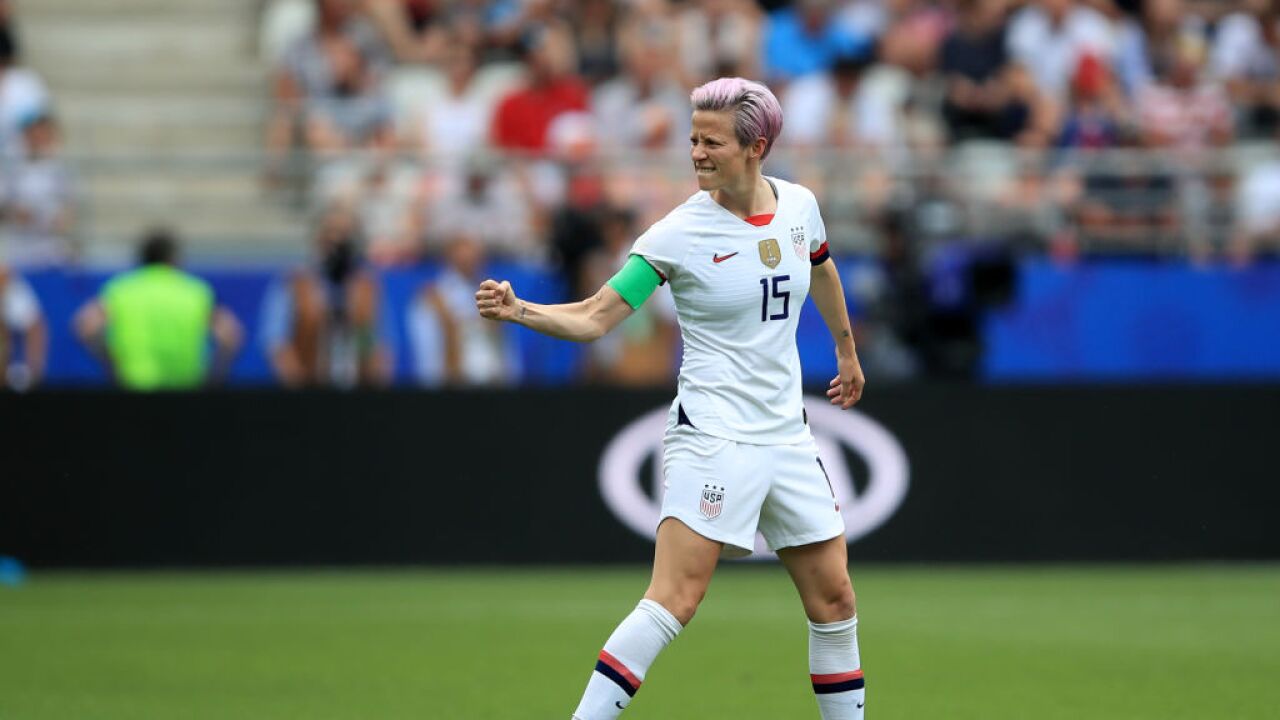 (CNN) — Social activist and soccer icon Megan Rapinoe has had one heck of a year. After leading the US Women's National Soccer team to a World Cup title in July, the legend scored yet another victory.

Rapinoe has been named Sports Illustrated's 2019 Sportsperson of the Year. The midfielder, who captains the professional Seattle Reign FC, also won the Ballon d'Or award last week, given annually to the world's best soccer players.

"While we do not get to choose what we see or what happens around us, and sometimes to us and others, we do get to choose how we bear witness to it," Rapinoe captioned an Instagram post of the magazine cover.

The 34-year-old graced the cover of Sports Illustrated, styled in a sheer turtleneck Valentino gown. Donning her famous purple hair and holding a sledgehammer, she's a force to be reckoned with.

"This year, Megan Rapinoe was a galvanizing force on a team that is now looked up to by any woman who doesn't want to be told she's come far enough, who's taking matters into her own hands," Sports Illustrated said on Twitter.

Rapinoe is a fierce advocate for women's rights, and has been one of the leading soccer player's in the fight for equal pay.

When the two- time World Cup champion isn't dominating the soccer field in the midst of chants of "equal pay," she can be found challenging US President Donald Trump or suing the United States Soccer Federation for alleged gender discrimination.

Correction: This story has been updated to reflect that the US Women's National Soccer team won the World Cup in July.