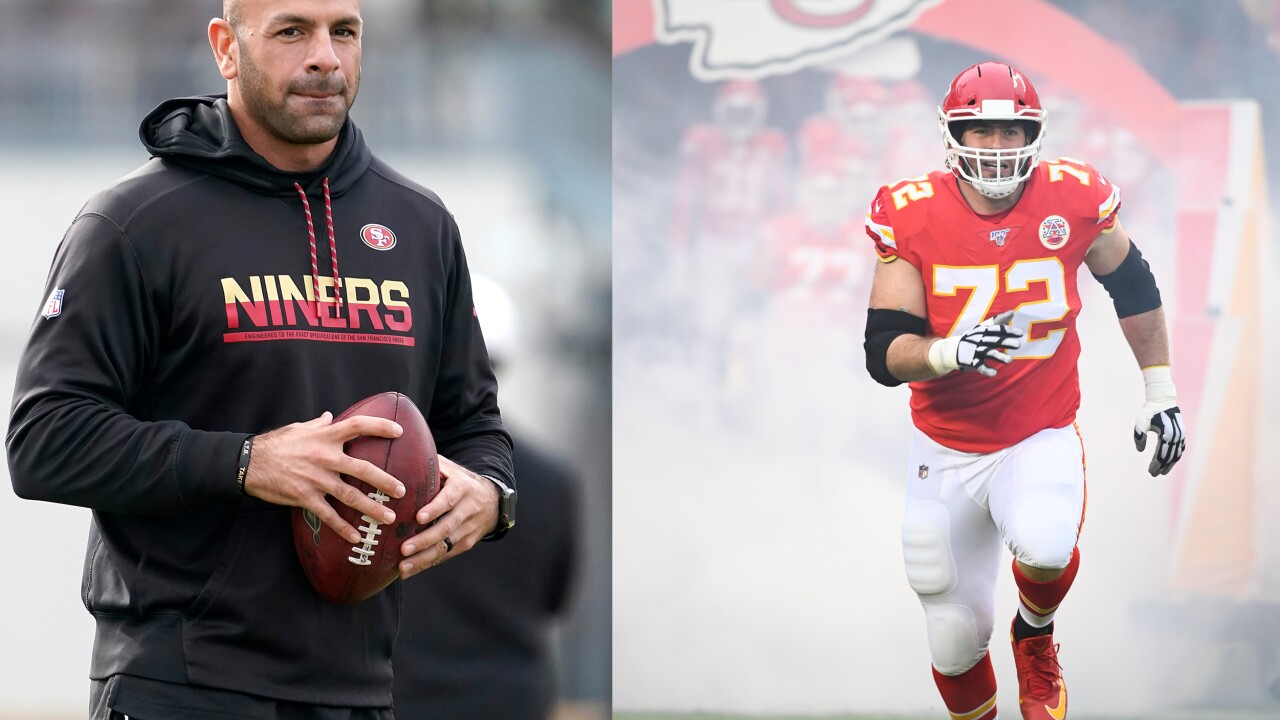 (WXYZ) — The San Francisco 49ers and Kansas City Chiefs will face off in Super Bowl 54 on Feb. 2, and metro Detroit will have two prominent representatives in the Super Bowl: Chiefs OL Eric Fisher and 49ers defensive coordinator Robert Saleh.

Fisher, 29, is from Rochester and attended Rochester Hills Stoney Creek High School. After being a two-star recruit, Fisher attended Central Michigan University where he became one of the best offensive linemen in the country.

Eventually, the Chiefs drafted the 6-foot-7, 315-pound center with the first overall pick in the 2013 NFL Draft.

In September 2019, he underwent surgery for a core muscle injury, but he returned after missing 15 games.

Saleh, 40, is from Dearborn and graduated from Fordson High School and Northern Michigan University. He's been with the 49ers since 2017.

He was a tight end at Northern and started coaching at Michigan State, Central Michigan and Georgia, before getting his first first job in the NFL with the Houston Texans. He's also coached with the Seattle Seahawks and Jacksonville Jaguars.

According to Sports Illustrated, Saleh's journey to the NFL began on Sept. 11, 2001. His oldest brother, David, was working in the South Tower of the World Trade Center. SI reports that David started going down when he saw the plane hit the north tower, and reached the 24th floor when a second plane hit the south tower.

Two other Michiganders, 49ers OL Joe Staley, and 49ers DE Anthony Zettel, will play in the Super Bowl. Staley is from Rockford on the west side of the state and also attended CMU. He and Fisher are the only two Chippewas to be taken in the first round of the draft. Zettel is from Tawas City.