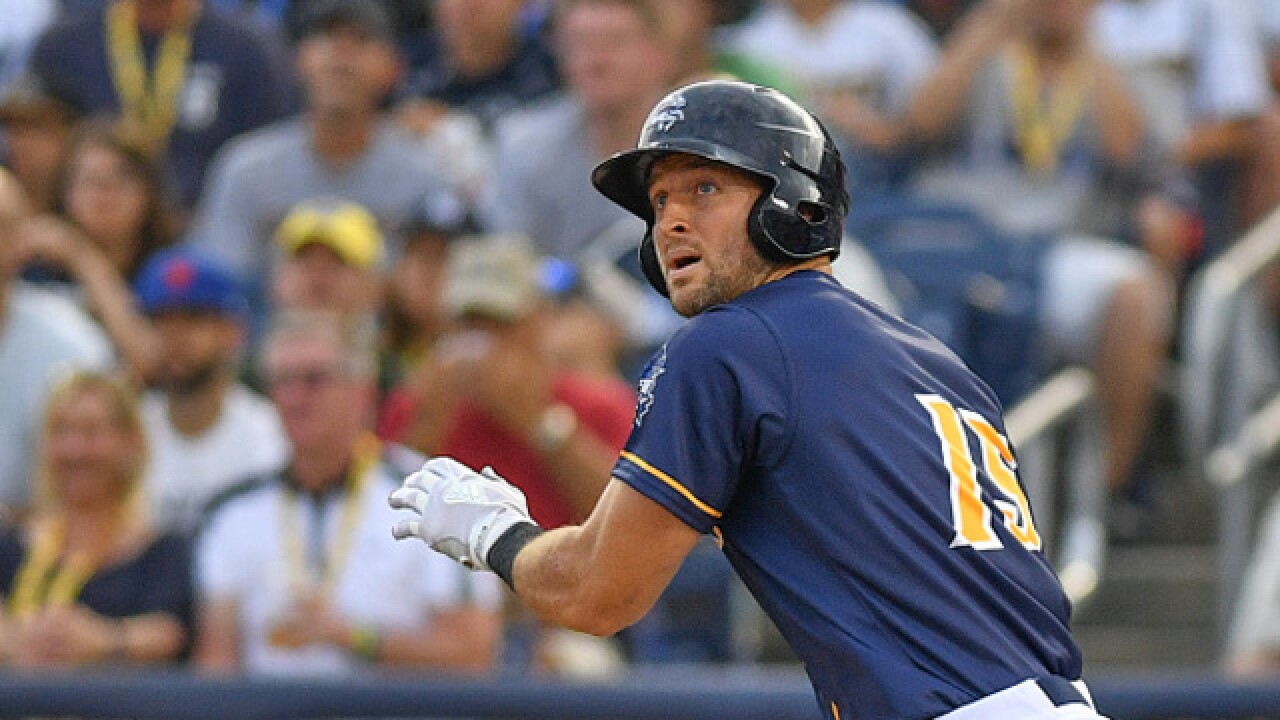 The 30-year-old outfielder will have surgery in New York to remove his broken right hamate bone, an injury that occurred Thursday while swinging a bat for Binghamton against Trenton in the Double-A Eastern League.

The former NFL quarterback and Heisman Trophy winner was hitting .273 with six home runs and 36 RBIs in 84 games for Binghamton. He doubled in the Eastern League All-Star Game on July 11.

“It’s about a six-to-eight week recovery, so effectively his season is over,” Mets assistant general manager John Ricco said after Tebow was examined Monday at the Hospital for Special Surgery.

“I view this season as a complete positive,” Ricco said. “Obviously it ends disappointingly. He’s going to miss the last month, month-plus. But to see a guy who in a couple short years is now competing at the Double-A level and thriving, really — the last couple months he was playing really well, so I don’t think how that could be anything but a positive.

“Obviously, the age factor is there, and it’s tough for him to miss this last month. But I view this as nothing but a positive. He’s really gone out and made great strides.”

Tebow played in seven games for the Mets in spring training, going 1 for 18 (.056) before returning to the minor league camp.

Tebow signed with Mets in late 2016 and played in the Arizona Fall League. Last year, Tebow hit .226 with eight homers and 52 RBIs in 126 games at two levels of Class A.

A two-time national champion at Florida, Tebow works as a college football analyst on the SEC Network.

The 2007 Heisman winner will be inducted into Florida’s ring of honor, becoming the sixth player to receive the honor. His name will be unveiled on a wall inside Ben Hill Griffin Stadium when the Gators host LSU on Oct. 6.