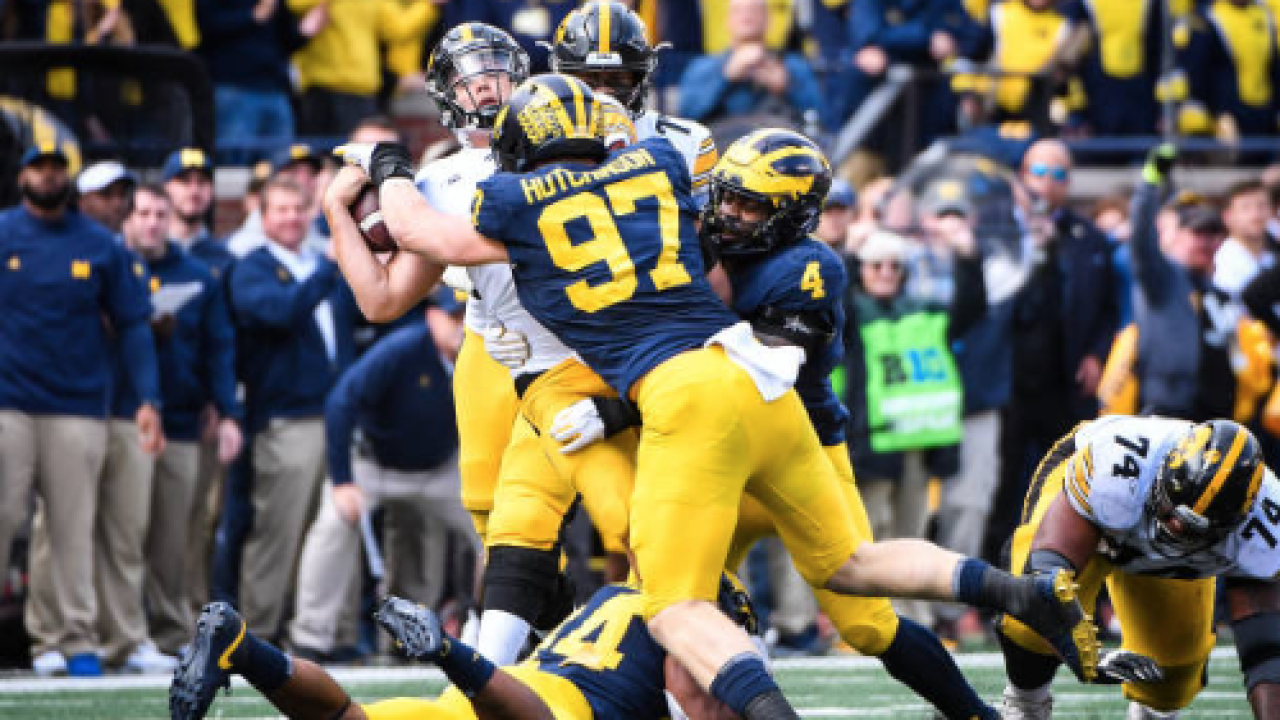 Hutchinson, who is from Plymouth and played for Divine Child, had an incredible game in the Wolverines' 10-3 win over Iowa which saw Michigan's defense dominate.

He had six tackles, one sack and a career-high 2.5 tackles for loss in the win. He also added a forced fumble and a pass break-up.

The league said he was the anchor of a defense that had allowed just one rushing yard and recorded eight sacks.

This is Hutchinson's first defensive player of the week honor, and the first for Michigan since Chase Winovich on Oct. 1, 2018.