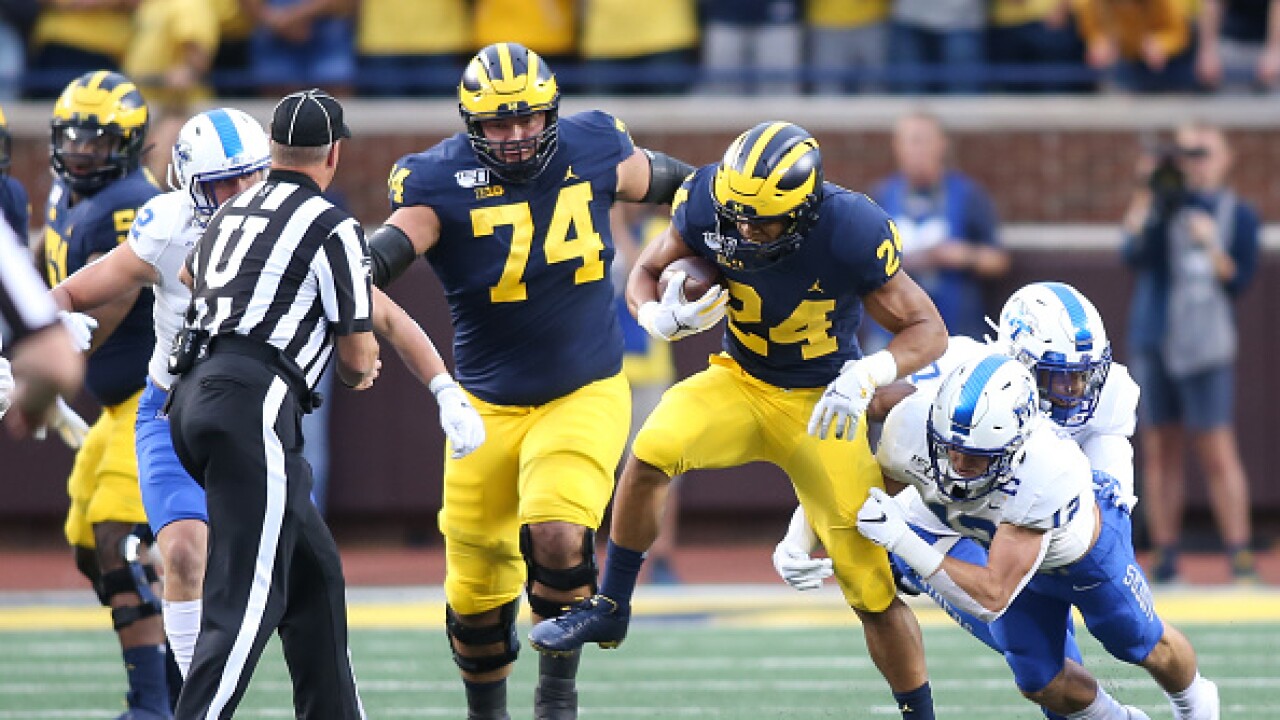 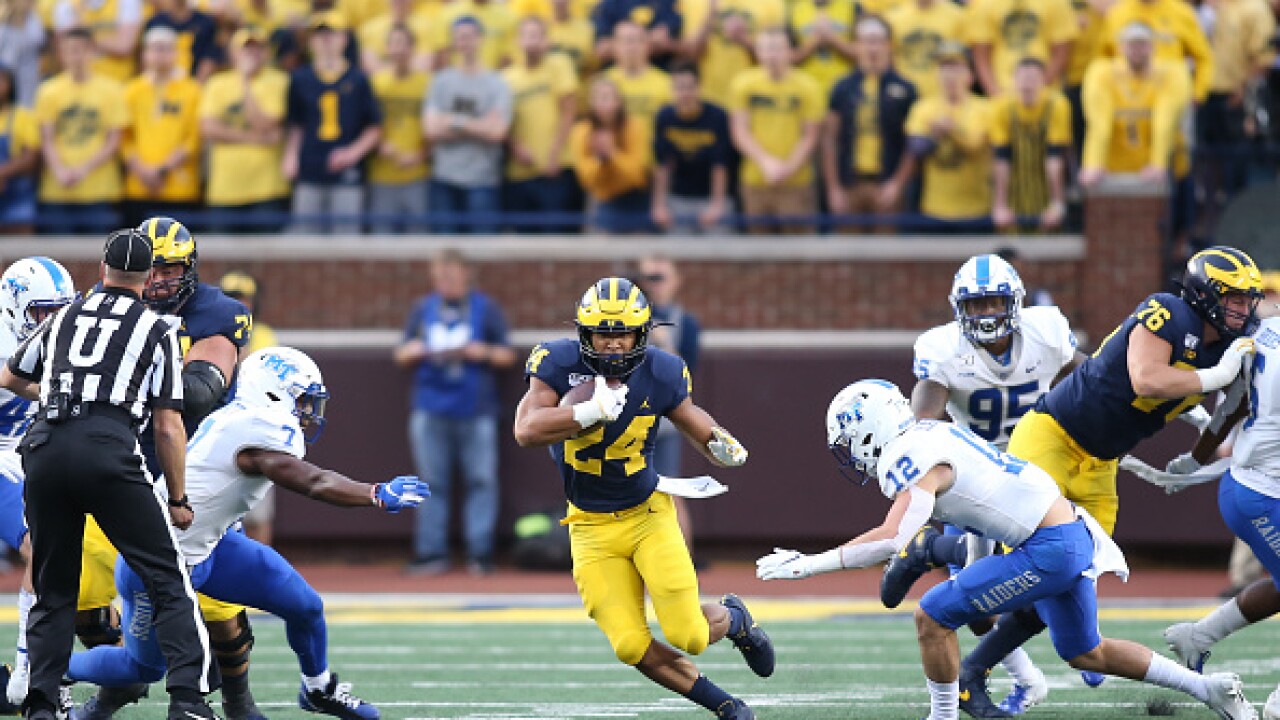 ANN ARBOR, Mich. — With Michigan debuting its high-tempo, no-huddle “size in space” offense, a freshman helped bail the Wolverines out of an uneven performance.

No. 7 Michigan was sloppy Saturday during a 40-21 victory over Middle Tennessee in the opener for offensive coordinator Josh Gattis.

But Michigan coach Jim Harbaugh said Monday that freshman running back Zach Charbonnet was perfect in protection, picking up nine blocks to lead a position group that was flawless in that category.

“I’ve been around pro backs that don’t understand protections as well as the freshman did in this game,” Harbaugh said. “It looks like it comes easy to him. It’s like difficult math equations that a guy just gets. It catches your attention.”

Charbonnet also had 90 yards on eight carries in his first game after starring at Oaks Christian School in Westlake Village, California.

“When he decides to hit a hole, he’s through it and out the other end,” Harbaugh said.

The backs helped steady an offense that was ugly at times, as quarterback Shea Patterson fumbled away the first play from scrimmage, one of three times Michigan quarterbacks put the ball on the ground.

“Now it’s just a matter of taking care of the little things,” Patterson said after the game.

Harbaugh said Monday that “the ball handling is being addressed” after Patterson fumbled twice and backup quarterback Dylan McCaffrey fumbled once.

Gattis, who came to Ann Arbor from Alabama, called plays for the first time in his career. He had McCaffrey split out wide a few times, catching a screen pass from Patterson on his first touch of the season.

Previously, the Wolverines had been called for an illegal substitution after McCaffrey split out wide, attempting to show versatility like his older brother, Christian McCaffrey of the Carolina Panthers.

Patterson threw three touchdowns, finishing 17 of 29 for 203 yards. McCaffrey converted both of his passes for 17 yards and also ran for a score.

“Shea was able to make some big plays, get some big chunk yardage throws,” Harbaugh said. “Both really ran the offensive very efficiently.”

The offense could be boosted this weekend against Army (1-0) with the return of wide receiver Donovan Peoples-Jones and left tackle Jon Runyan, who were held out last weekend with injuries.

Peoples-Jones had a medical boot on his right foot Saturday and dressed in street clothes. The Detroit native led Michigan with 47 receptions, 612 yards and eight touchdowns in 2018. Runyan was an All-Big Ten selection by the coaches last season.

Of the pair and injured defensive lineman Donovan Jeter, Harbaugh said “all three a chance to play” this weekend.

Redshirt freshman Ryan Hayes filled in for Runyan, teaming with right tackle Jalen Mayfield as first-time starters on the edge of the offensive line, with Harbaugh saying Hayes was his team’s offensive player of the game.

“I was very impressed with them,” senior tight end Sean MeKeon said Monday. “Me and (guard Ben Bredeson) try to help them out a little bit, on the line making calls, but I really didn’t feel like they needed it in the game. They both played a great game.”

They also led the way for Charbonnet, who provided stability for an offense that needed it.

“Him and Ben Mason kind of remind me of each other,” McKeon said, likening the freshman to a junior defensive tackle who converted this offseason from fullback. “Both are just really focused on football. Football guys, if you will, and always looking to get better on that. He’s locked in and he’s really impressive for a freshman.”