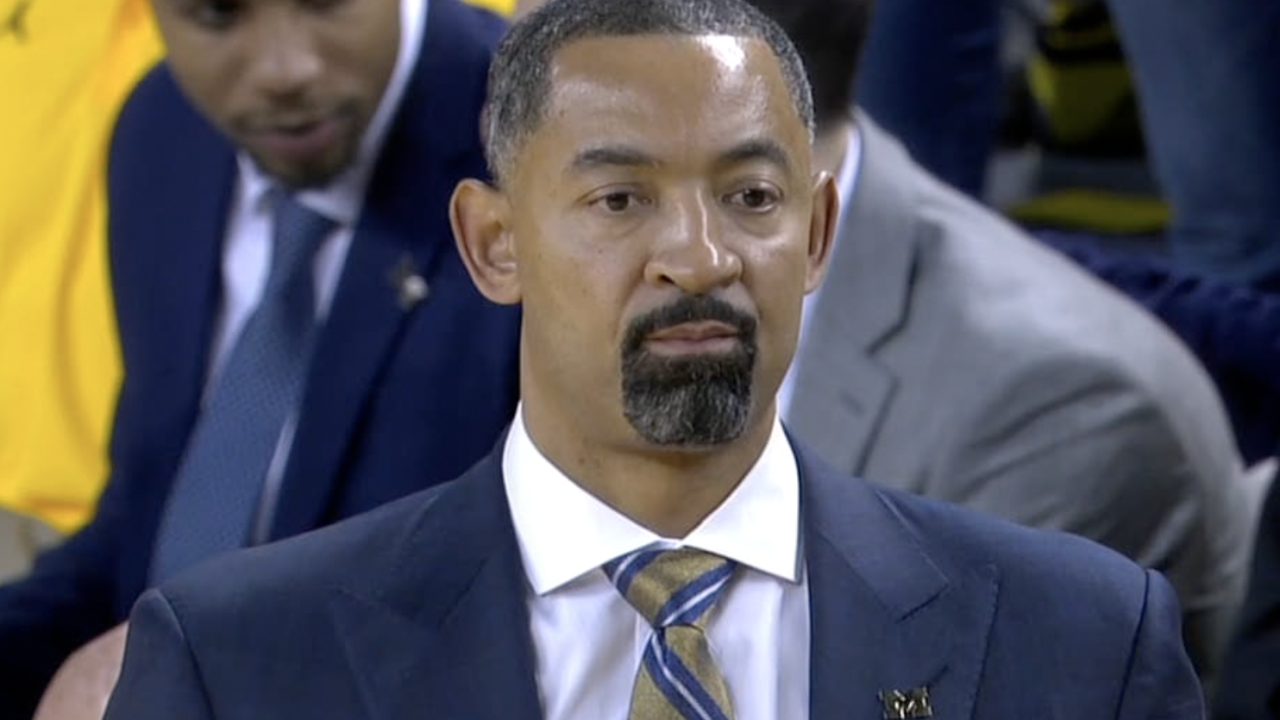 Copyright 2019 Scripps Media, Inc. All rights reserved. This material may not be published, broadcast, rewritten, or redistributed.
WXYZ-TV
ANN ARBOR, MI -- NOVEMBER 5: Michigan head coach Juwan Howard looks on during the first half against Appalachian State at Crisler Center in Ann Arbor, Mich. (Photo by WXYZ-TV)

Howard returned to the school he helped reach two Final Fours as a player, taking over as coach this past offseason after John Beilein left for the NBA. Howard was welcomed warmly by the home crowd, which included former teammate Jalen Rose. Teske scored Michigan's first 11 points, and the 7-foot-1 senior had a double-double well before halftime.

Michigan led by 30 in the second half before nearly collapsing down the stretch. A 3-pointer by Appalachian State's Adrian Delph made it 72-67 with 38.8 seconds left, but the Mountaineers couldn't complete the comeback.

This was the first meeting in men's basketball between these two schools, and there would be no repeat of Appalachian State's football upset against Michigan in 2007. Justin Forrest scored 27 points for the Mountaineers, but he was their only player in double figures.

Appalachian State: The Mountaineers have a new coach too in Dustin Kerns. They certainly didn't give up after falling way behind, but Appalachian State never led in the game and needed some poor free throw shooting by Michigan to make it close.

Michigan: Beilein's teams played a distinctive style, keeping the pace manageable, shooting a lot of 3-pointers and committing few turnovers or fouls. It won't be a surprise if the Wolverines take a different approach under Howard, but it's hard to draw too many conclusions from this first game. Michigan turned the ball over 17 times, which is cause for concern.