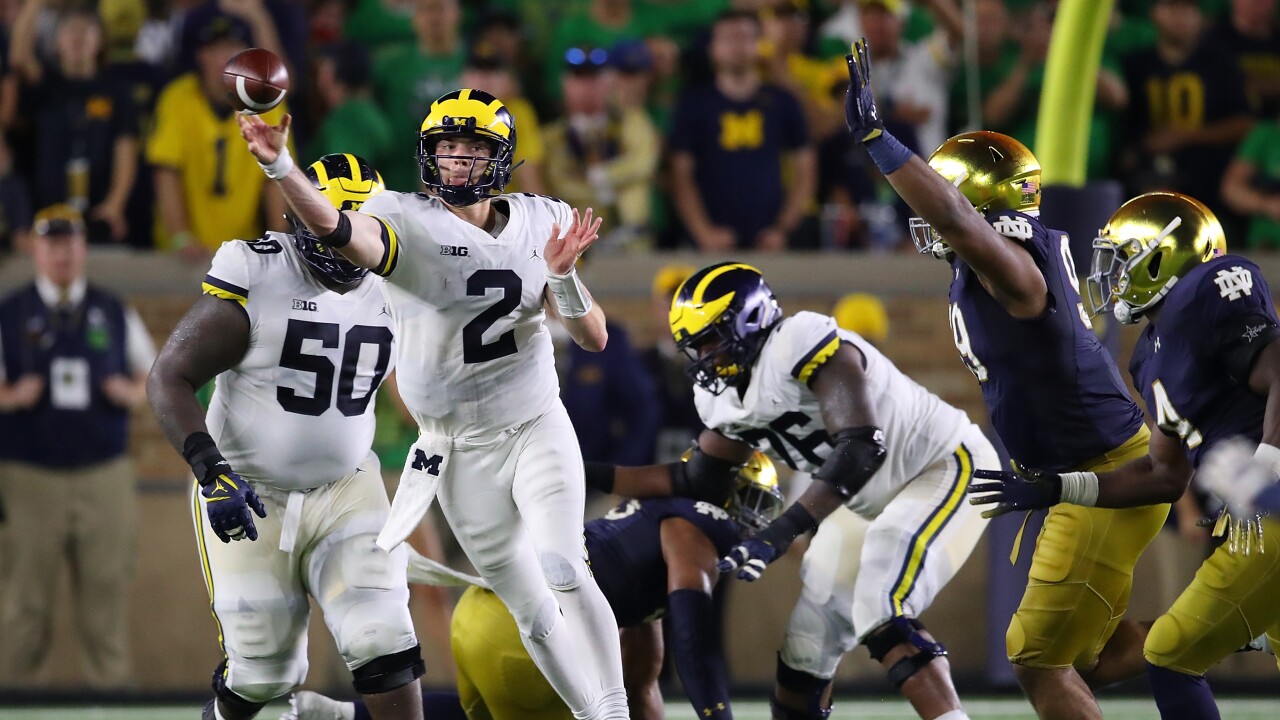 (WXYZ) — Michigan and Notre Dame will play at least two more teams, the university announced on Saturday morning ahead of the game between the two on Saturday night.

You can watch Michigan vs. Notre Dame Saturday night at 7:30 p.m. on Channel 7.

The two teams were set to finish a 2-year agreement on Saturday night when the Fighting Irish take on the Wolverines at the Big House. Both teams played every year from 2002-2013 and then didn't play again until last season.