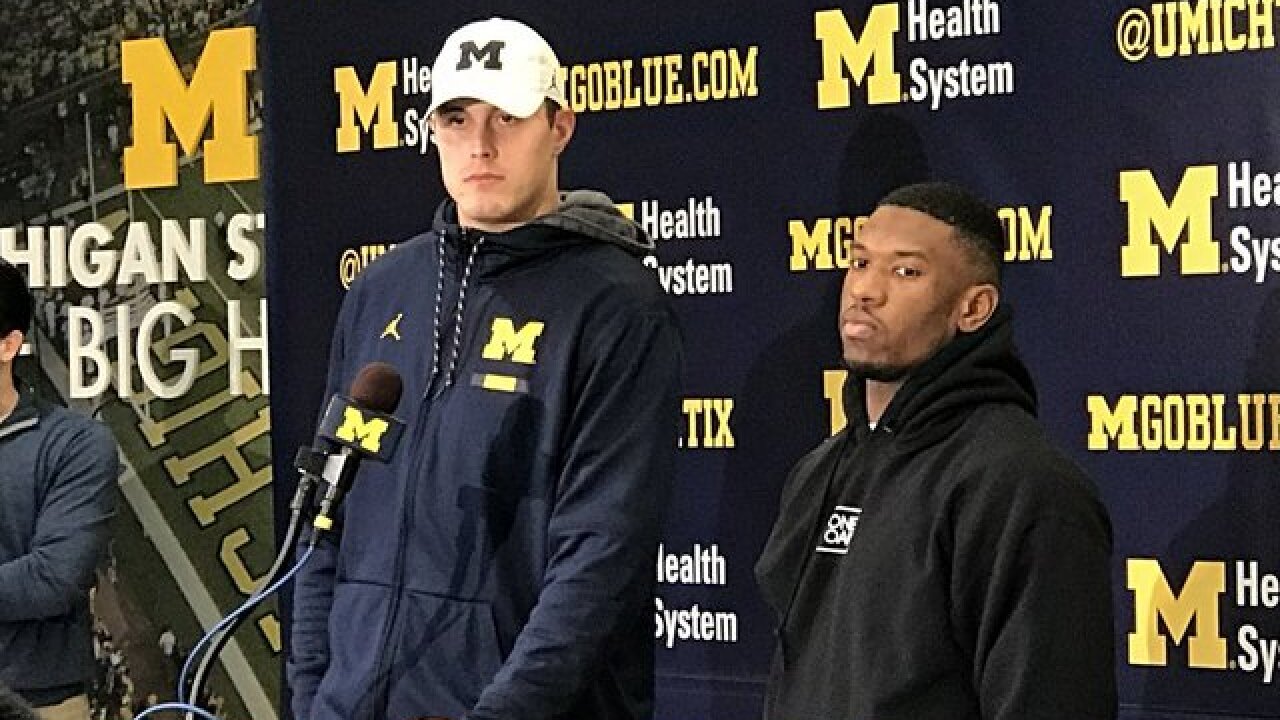 Karan Higdon was asked if he’d guarantee a Michigan win over Ohio State.

“Yeah. Yeah I do.” pic.twitter.com/EfQBOvI1eg

When Higdon was asked if he'd guarantee a Michigan win over Ohio State, he replied, "Yeah. Yeah I do."

On top of that, both Higdon and TE Zach Gentry said that it's a "given" that the Wolverines are a better team than the Buckeyes. Michigan is ranked No. 4 and is 10-1 on the season while Ohio State is ranked No. 10 and is also 10-1. The new College Football Playoff rankings will be announced on Tuesday night.

Asked Zach Gentry and Karan Higdon is a better team than Ohio State.

Higdon: “Yeah. That’s a given.” pic.twitter.com/qGEVIf2ly3

Head Coach Jim Harbaugh compared the game to Christmas in his one-on-one interview with Brad Galli. You can catch that interview on 7 Action News tonight at 5 p.m.

During his weekly press conference, Harbaugh wouldn't comment on Chase Winovich's status for the game on Saturday. Winovich injured his shoulder in the game against Indiana, but CAT scans and X-rays were negative. They were also negative for Berkley Edwards.

Other quotes that came out of Monday's press conferences are:

DE Carlo Kemp: "Everybody's gonna remember what we did against Ohio State."

Asked him if it was just on the top of his clean hat pile or if he wore it on purpose. “Both,” he said. “It’s next to my bed.” pic.twitter.com/kvM4oysjj0

“Everybody hates you.” Said everybody flips them off on the drive to the stadium.