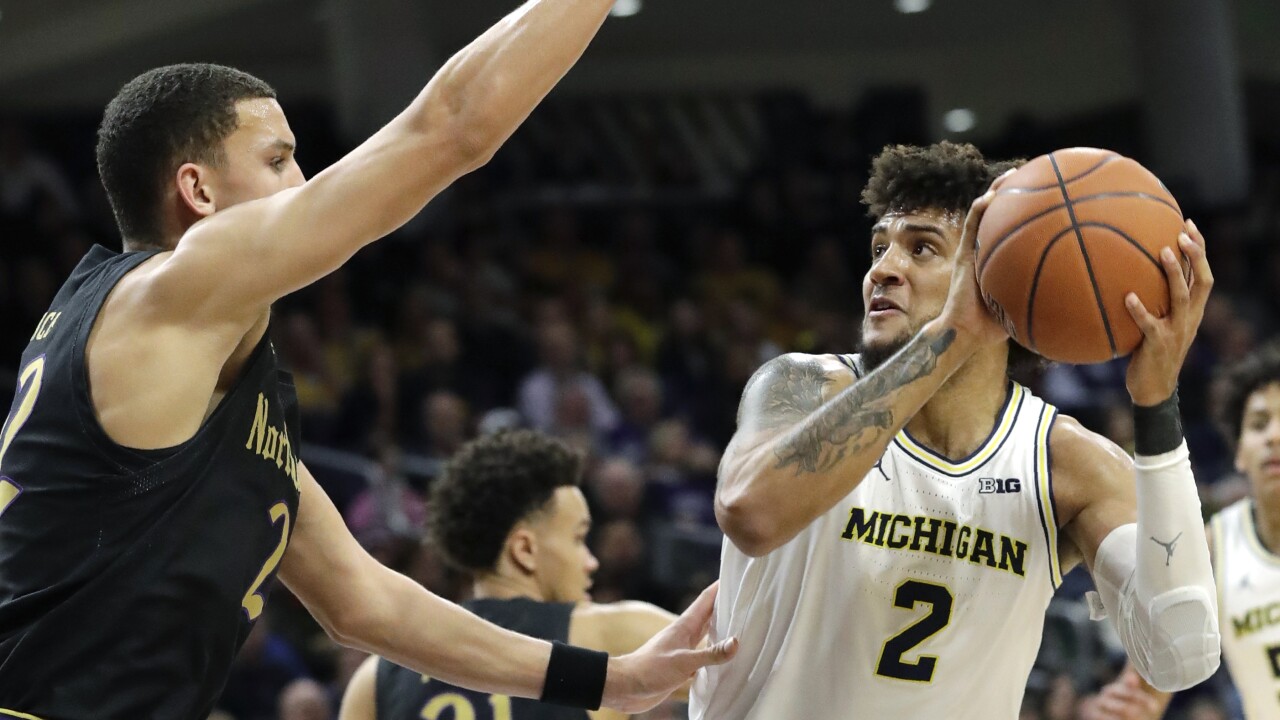 (Copyright 2020 The Associated Press. All rights reserved. This material may not be published, broadcast, rewritten or redistributed.)
Nam Y. Huh/AP
Michigan forward Isaiah Livers, right, looks to the basket against Northwestern forward Pete Nance during the first half of an NCAA college basketball game in Evanston, Ill., Wednesday, Feb. 12, 2020. (AP Photo/Nam Y. Huh)

Howard watched as the Wolverines took control in the first half on the way to an easy win in his first game coaching them in the Chicago area.

Last-place Northwestern dropped its eighth in a row and lost for the 13th time in 14 games.

Jared Jones (12 points) and Miller Kopp (10) were the only players in double figures for the Wildcats, who shot 32 percent and made 5 of 21 3-pointers.