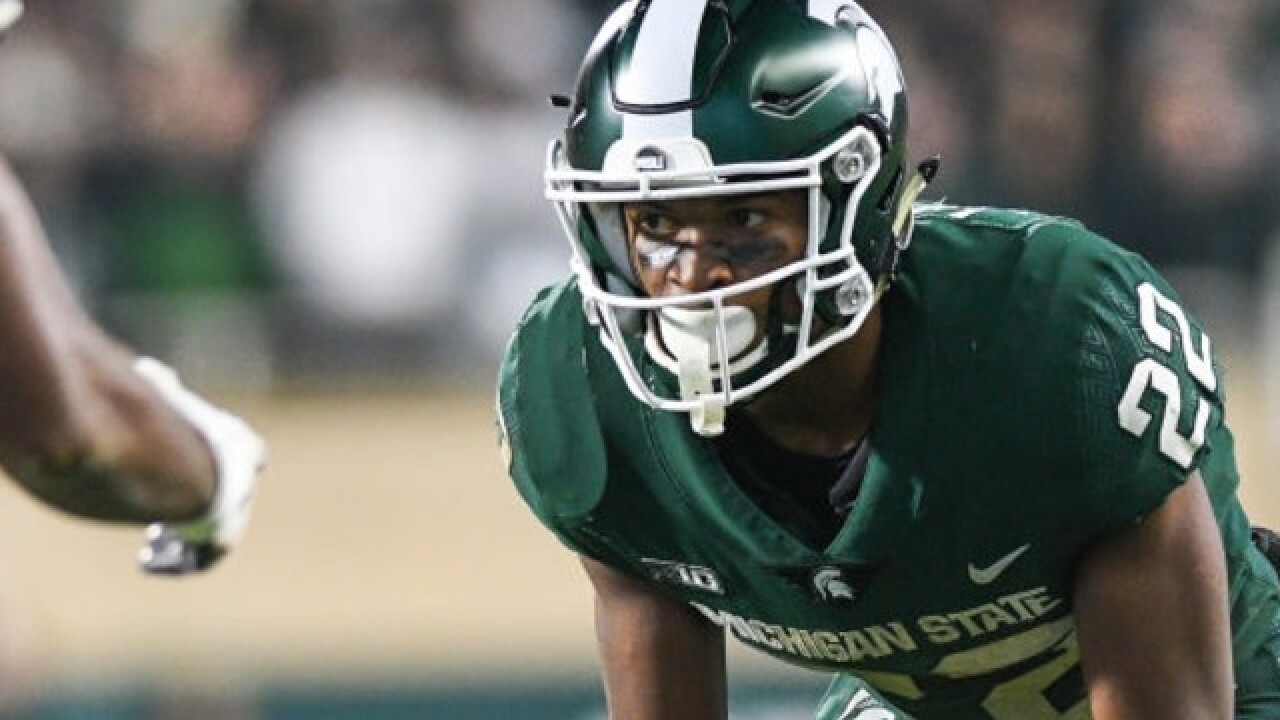 Coach Mark Dantonio says cornerback Josiah Scott is expected to miss about two months after a non-contact injury. That announcement was the most significant bit of news when the Spartans held their annual media day on Monday. Scott started 12 games last season as a freshman.

Dantonio didn't elaborate on the injury. He said defensive end Dillon Alexander also went down with a non-contact injury. Alexander's injury was to his foot.

The Spartans had high hopes for their secondary, with starters Khari Willis, David Dowell, Justin Layne and Scott all back. Now it appears they'll be without Scott for a while.

"We understand that he's going to be back. He's got to take some time to get healthy, but we have a lot of guys," Willis said. "Josh Butler, obviously we've still got Justin Layne, we've got Shakur Brown and obviously some young freshmen coming in."

Dantonio also announced recently that cornerback Tyson Smith — who came back from a 2016 stroke to play last season — would not play in 2018. Dantonio said Smith would still have a role within the program.

Scott's 12 starts last season were the most in the Dantonio era by a true freshman, not counting special teams starts. He had two interceptions and 10 pass breakups.

"You never want to see one of your teammates go down like that," safety Matt Morrissey said. "Hopefully he'll be back sooner than later, but just like any other position, just next guy steps up. We've got a guy in Josh Butler who's had a lot of game experience, and he's a really good player."

Dantonio also mentioned Butler as a player with plenty of experience. He started four games last season as a redshirt sophomore. Brown is a redshirt freshman who Dantonio says has impressed.

The Spartans won 10 games last season and return quarterback Brian Lewerke and standout running back LJ Scott. In fact, Michigan State has 10 starters back on offense and nine on defense, including Josiah Scott.

Injuries can change the outlook, however. The Spartans also had high expectations in 2015 but had to fight through some rough luck with injuries before ultimately winning the Big Ten title.

"I think our chemistry and the relationships on the football team is very, very strong right now," Dantonio said. "I think that that gets you places. That allows you to sort of regroup when things don't go so well. Allows you to forge forward when things are going well. I think that's a positive for us."