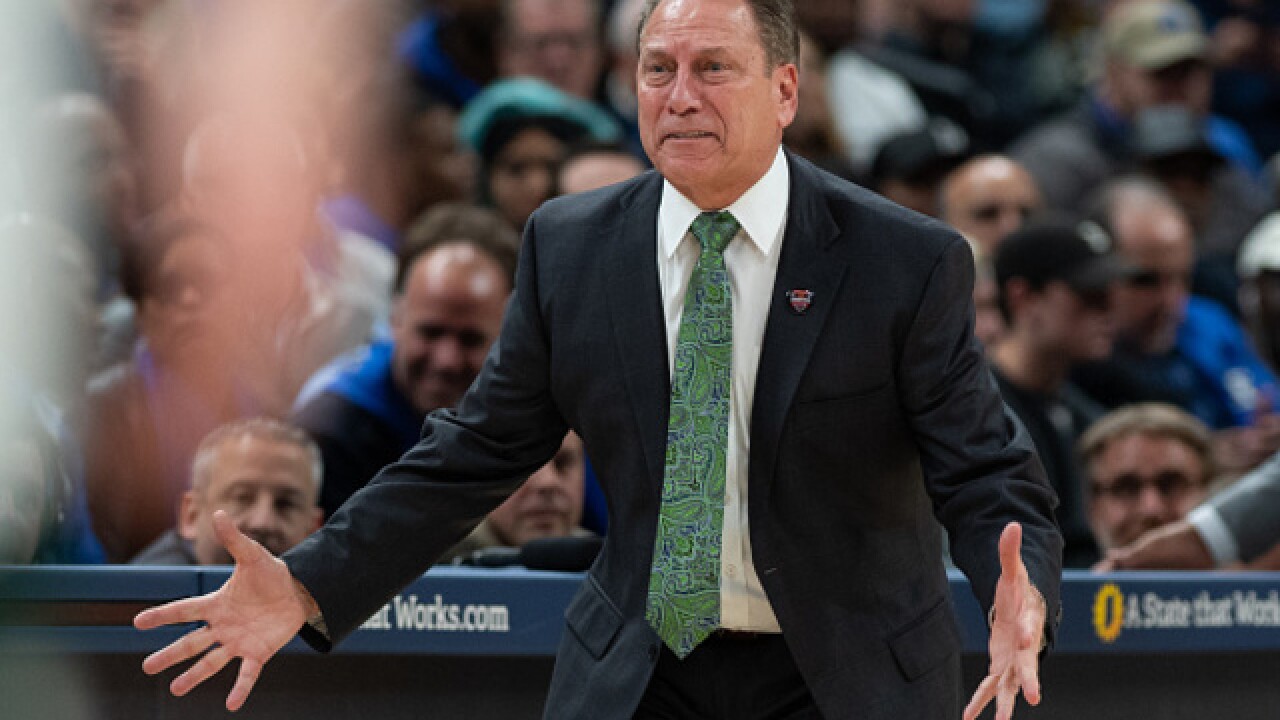 They produced basket after basket, big play after big play. If they keep playing this way, No. 1 Kansas might just stay on top of the college basketball world.

Grimes scored 21 points in his college debut and Lawson added 20 points in his first game with the Jayhawks, helping Kansas stymie No. 10 Michigan State’s late charge for a 92-87 victory in the season-opening Champions Classic.

“He (Grimes) came out with a free mind and played his game,” Lawson said. “He was the best player on our team tonight.”

Lawson made a case, too, finishing with 14 rebounds and six assists after sitting out last season following his transfer from Memphis.

Together, the tag-team tandem stole the show at one of college basketball’s premier events. Kansas picked up its third straight victory in the Classic and improved to 15-1 in openers under coach Bill Self — on a night the Jayhawks were in control almost the entire way.

They just struggled to deliver the knockout punch.

“Obviously, we have to learn to close out games,” Self said.

Kansas led by as much as 17 in the first half after weathering an early 3-point flurry from Michigan State. The Jayhawks never trailed in the second half.

But in a game pitting two of the Power Five conference preseason favorites, the Spartans made the finish as intriguing as expected.

They cut a 10-point deficit to 90-87 when Kyle Ahrens made a 3-pointer with 34 seconds left and could have gotten within two after Kansas’ Devon Dotson missed one of two free throws with 15 seconds to go.

Then Cassius Watson missed a layup, Kansas grabbed the rebound and Grimes made 1 of 2 free throws to seal it.

Michigan State was led by Joshua Langford with 18 points and Kenny Goins, who had 17 points and 11 rebounds.

“I learned something about my team tonight,” Spartans coach Tom Izzo said. “We played well in the second half and did some good things, but you don’t count games by halves.”

Kansas: The Jayhawks demonstrated why they earned the top ranking. They dominated the post, used 3-pointers to pull away and eventually found a way to close out the feisty Spartans.

Michigan State: The Spartans’ late surge showed they are capable of going toe to toe against the nation’s top teams. But this one got away from them because of poor free-throw shooting and sloppy overall play — things that need to be cleaned up quickly.

Kansas: “People in his camp have told me he’s a gamer and likes when the lights are on him,” Self said, referring to Grimes. “He was definitely a gamer tonight.”

Michigan State: “I’m a little disappointed in our bigs,” Izzo said. “We’ll take more positives from this than negatives. This was good for us.”

Kansas has a five-day break before opening its home schedule against Vermont on Monday.