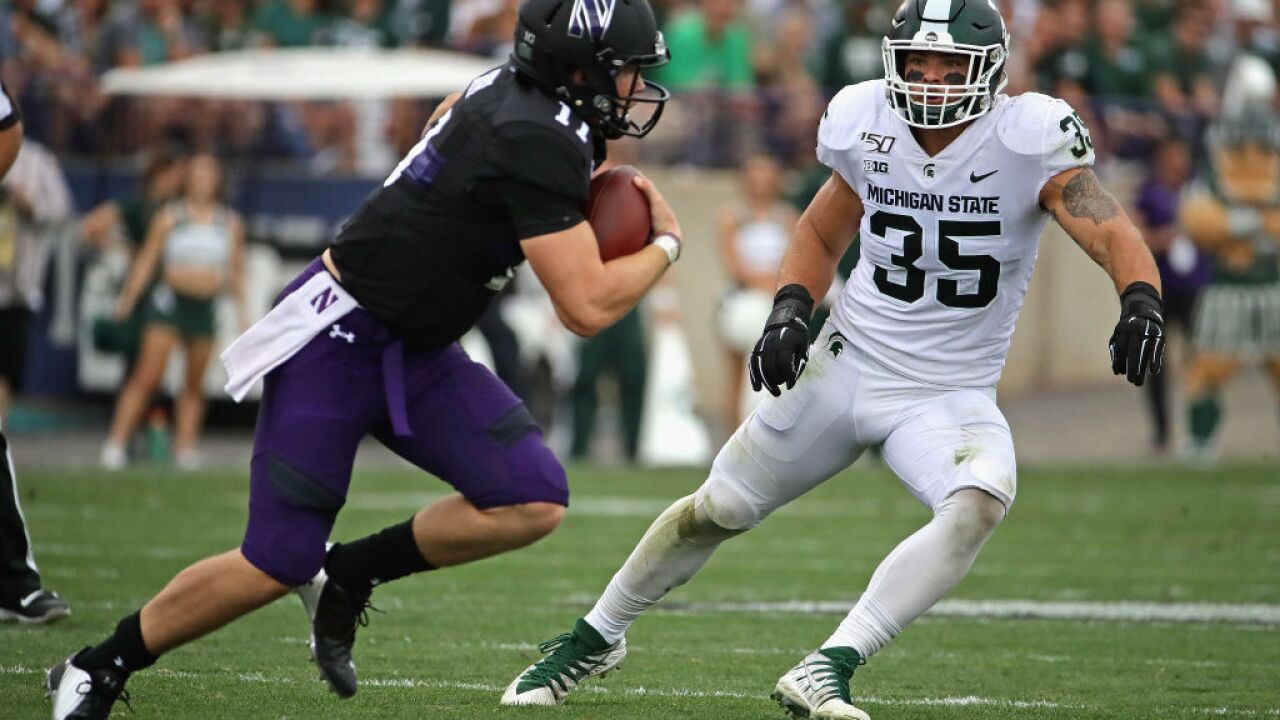 (WXYZ) — Michigan State senior linebacker Joe Bachie has tested positive for a banned performance-enhancing substance and has been declared ineligible by the Big Ten.

In a release from MSU, Bachie tested positive in a random drug test conducted by the conference, but they will file an appeal.

“Joe Bachie has built himself into an All-Big Ten middle linebacker and two-time team captain through his incredible work ethic and leadership skills. This situation breaks my heart, but I know Joe is resilient and accountable. No one feels worse than Joe does, a sentiment he expressed when he spoke to the team earlier today," Head Coach Mark Dantonio said in a statement. "This does not define Joe as a player, and more importantly, as a man. He will graduate in December and has a very bright future ahead of him, both on and off the field. As a program, we plan to appeal immediately, and will continue to support Joe however we can. He will forever be a Spartan.”

“All my career I’ve done my very best to represent Michigan State in a positive manner on and off the field," Bachie said in the statement from the university. "I plan to appeal, but to all of those affected, from my coaches to my teammates and to the fans, I apologize for putting them through this situation. I will always be a Spartan.”

Bachie has 71 tackles and 3.5 sacks this season, including one interception. He was named the Big Ten Defensive Player o the Week on Sept. 23.