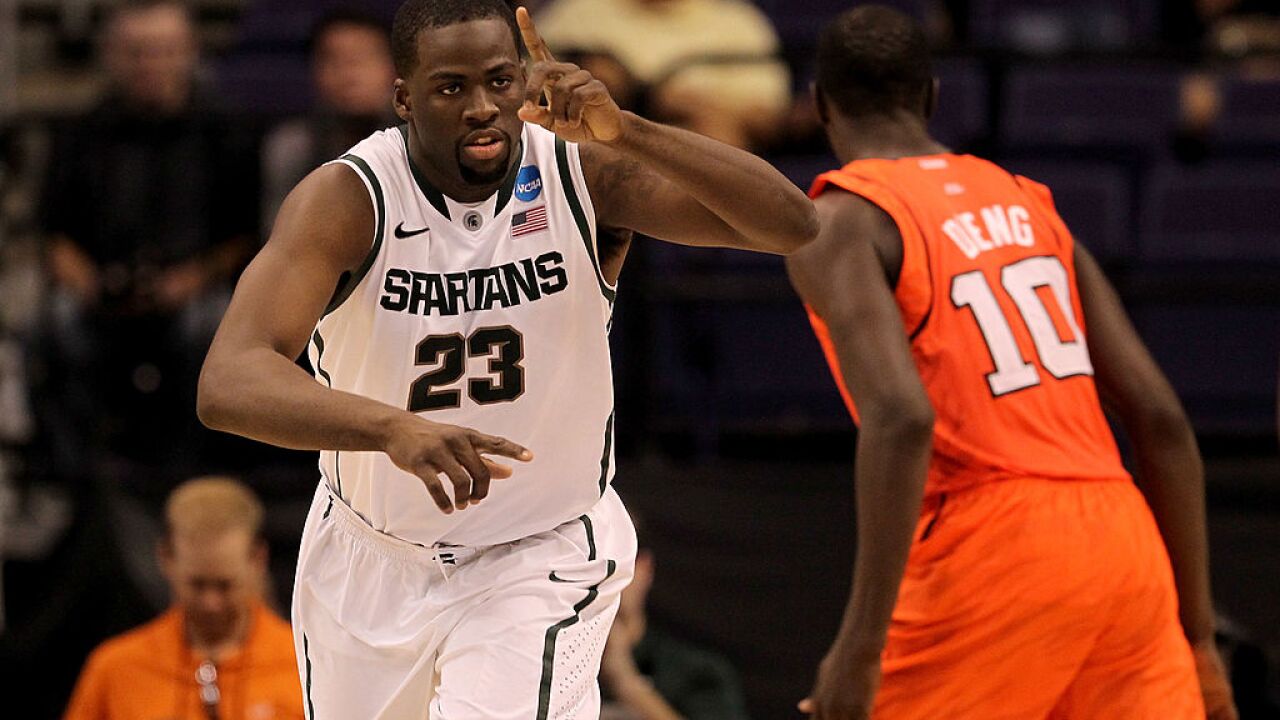 Jamie Squire/Getty Images
PHOENIX, AZ - MARCH 22: Draymond Green #23 of the Michigan State Spartans reacts as he runs back down court in the second half while taking on the Louisville Cardinals during the 2012 NCAA Men's Basketball West Regional Semifinal game at US Airways Center on March 22, 2012 in Phoenix, Arizona. (Photo by Jamie Squire/Getty Images)

"This is a fitting honor for one of the ultimate winners in Michigan State history," Izzo said.

In his four seasons at MSU, Green had 1,517 points, and is the university's leading rebounder in university history. He's one of three players in MSU history with 1,000 career points and 1,000 career rebounds.

Just in: Michigan State will retire Draymond Green's No. 23 on December 3.