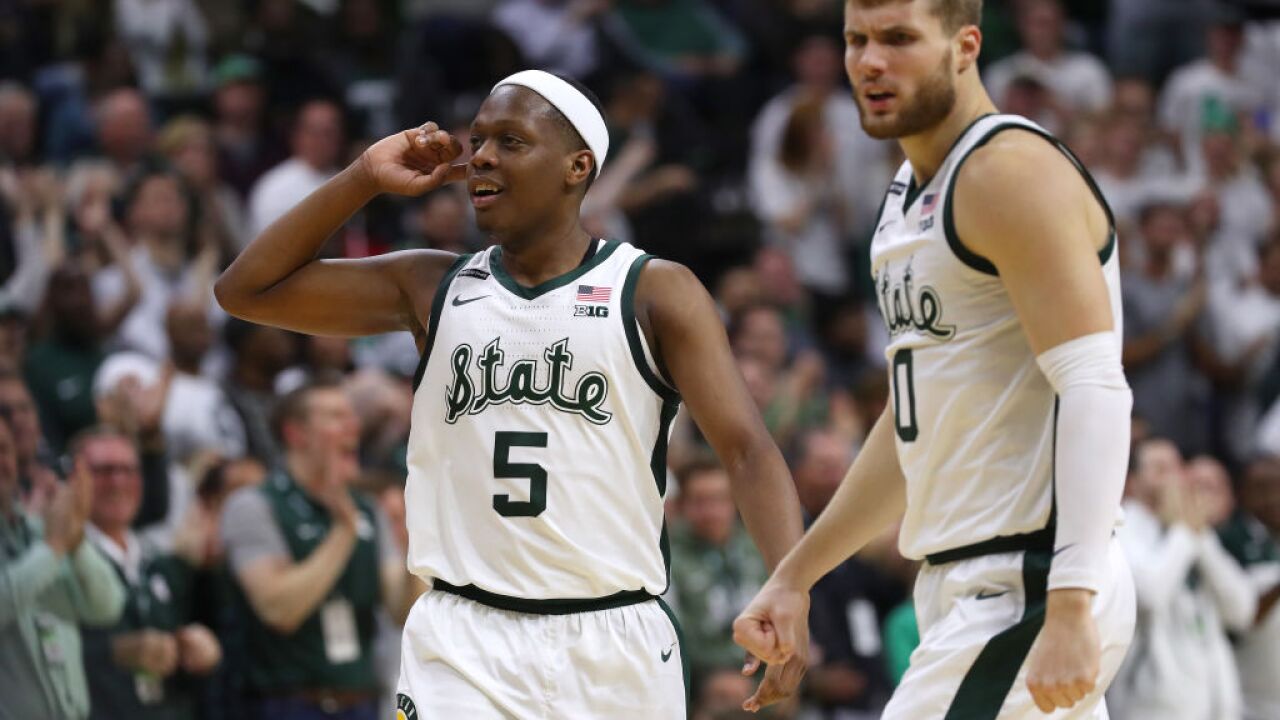 (WXYZ/AP) — The Michigan State Spartans have cracked the top 10 while the Michigan Wolverines have fallen in this week's AP Top 25 poll.

MSU rose to No. 8 after their win over Michigan on Sunday, while the Wolverines fell to No. 19.

No. 4 Baylor moved into the top five for the first time in three years and undefeated Auburn was up to No. 5.

Butler climbed five spots to No. 6 for the program's highest ranking ever and was followed by San Diego State, Michigan State, Oregon and No. 10 Florida State.

Gonzaga is No. 1 for the third straight week, a first in a season of parity at the top of the AP poll.