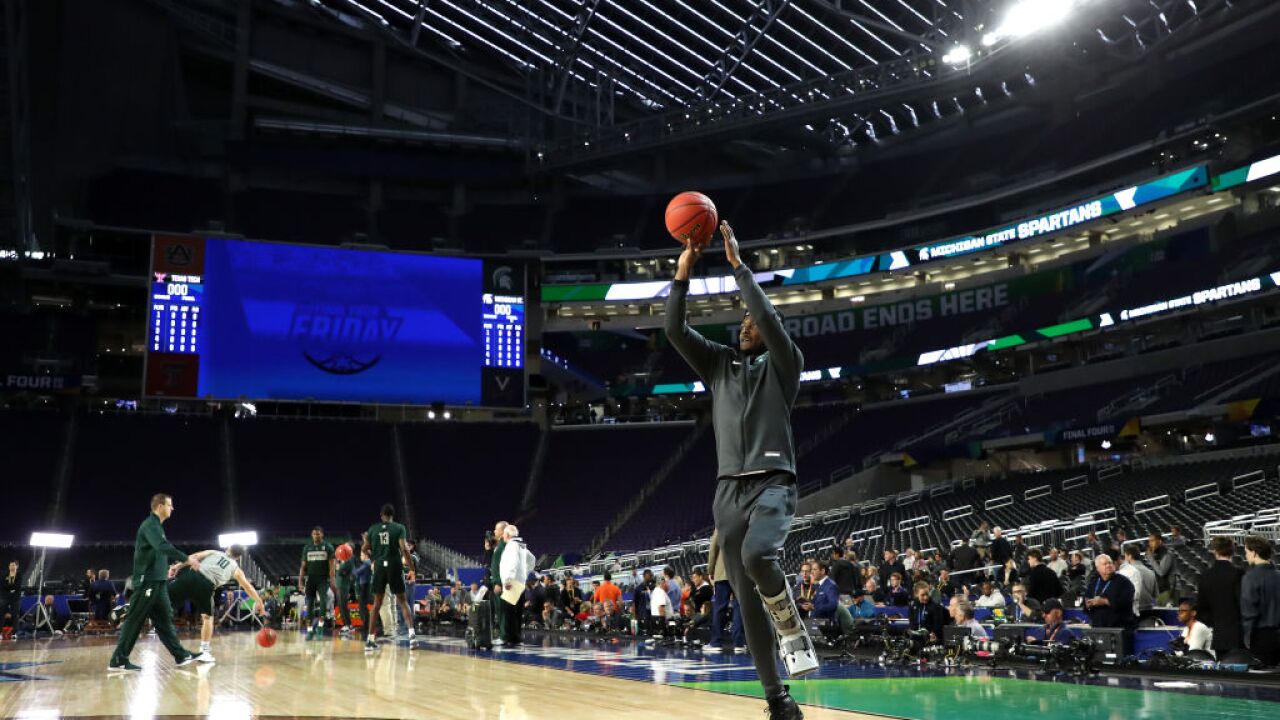 (WXYZ) — Michigan State Basketball Head Coach Tom Izzo said on Tuesday that guard Joshua Langford is out until at least January after his foot injury has re-surfaced.

In January, it was announced that Langford had a stress injury that kept him out the rest of the season. On Tuesday, Izzo said that the injury resurfaced and he wouldn't be re-evaluated until January.

"The kid has been the most selfless, greatest attitude, committed kid," Izzo said, visibly emotional. "To be honest, it's one of those weird things that breaks my heart."

Langford is the team's co-captain and hasn't played since December 29. It took a month before the team determined he was out for the season.

He reportedly had surgery in February, and had been practicing nearly every day for the Spartans.

Langford was averaging 15 points in 13 games before his injury.

"To be honest with you, it's one of those weird things that breaks my heart." pic.twitter.com/zxUf5xERJX