Michigan stays at No. 7, Michigan State drops to No. 19 in latest AP Top 25 poll 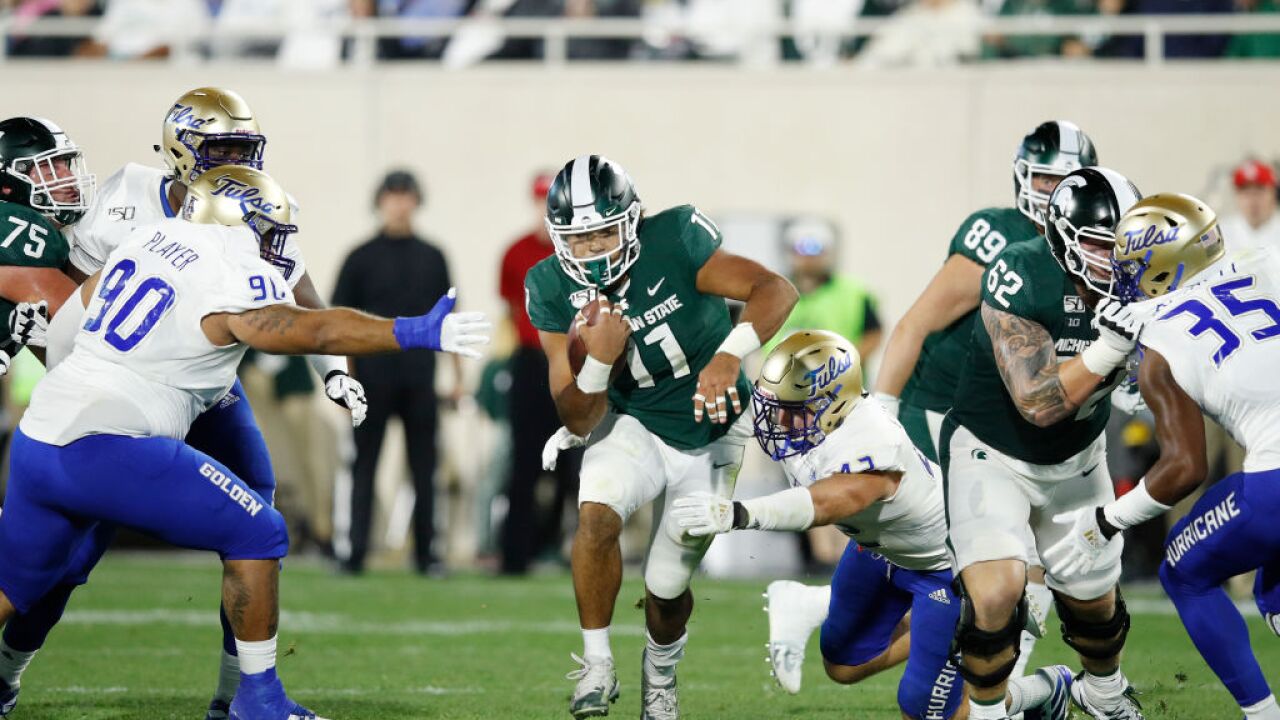 (WXYZ/AP) — The Michigan Wolverines stayed at No. 7 while the Michigan State Spartans fell to No. 19 in the latest AP Top 25 poll, released on Tuesday afternoon.

The Top 25 went 23-0 against unranked teams to open the season, leaving the rankings mostly unchanged with No. 1 Clemson and No. 2 Alabama at the top of the first regular-season AP college football poll of 2019.

The Tigers received 54 first-place votes out of 62 in the media poll, up two from the preseason. The Crimson Tide received the remaining eight in the poll presented by Regions Bank.

The only Top 25 team to lose was Oregon, which slipped to 16 after dropping a thriller to Auburn. The Tigers moved up to 10th.

The last time the Top 25 teams went undefeated against unranked foes in a full, regular-season weekend was October 2017 (15-0 the week of Oct. 15). The last time only one ranked team lost in a full weekend of games was Sept. 21, 2013.

The top seven teams in the preseason rankings held their spots Tuesday. Clemson and Alabama were followed by No. 3 Georgia, No. 4 Oklahoma, No. 5 Ohio State, No. 6 LSU and No. 7 Michigan. Notre Dame moved up a spot to No. 8 and Texas was ninth. Florida slipped three spots to No. 11.