Michigan vs. Notre Dame will be a night game on Channel 7 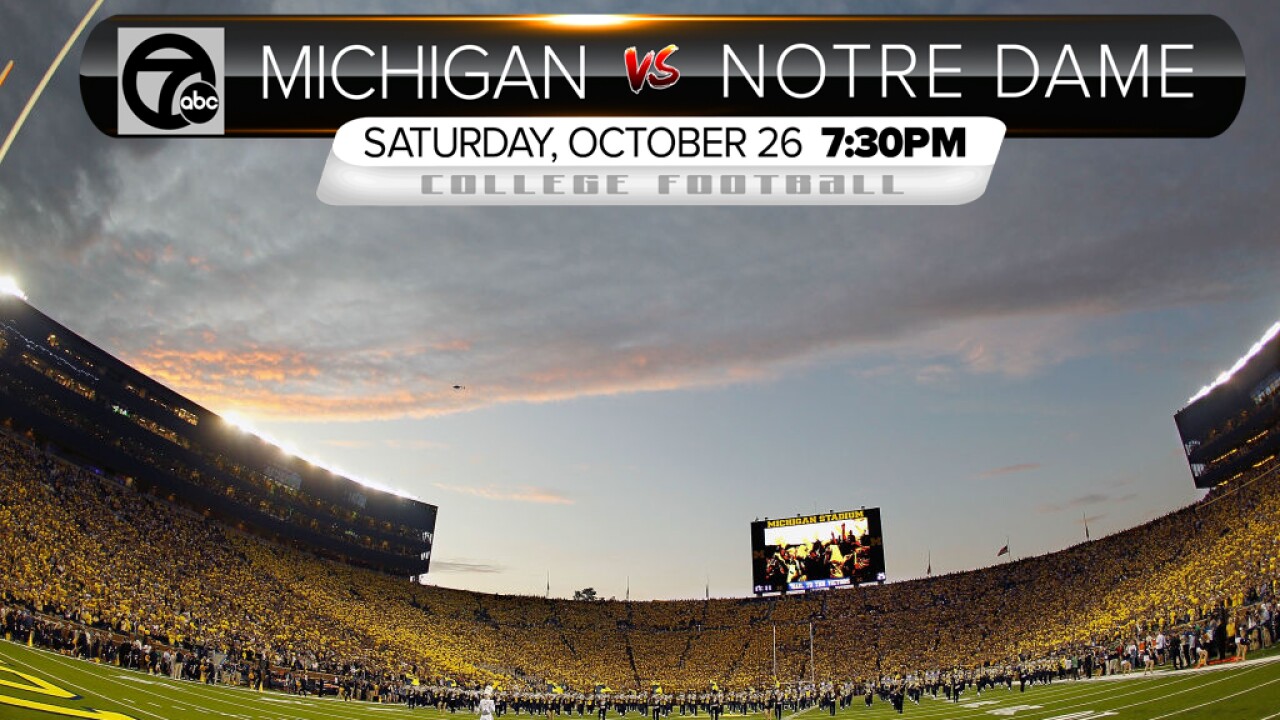 (WXYZ) — Michigan and Notre Dame will renew their rivalry under the lights at the Big House on Saturday, Oct. 26, the team confirmed on Monday. The game will air on Channel 7.

This is the first game at the Big House between the two games since September 2013, which saw Michigan beat Notre Dame 41-30.

The two teams stopped playing after 2014, but played each other again in 2018 which saw Notre Dame beat Michigan 24-17.

Michigan will also take on Penn State on Saturday night, Oct. 19, from Happy Valley. That game will also air on Channel 7.