Michigan will play Villanova in national title rematch this Novemeber 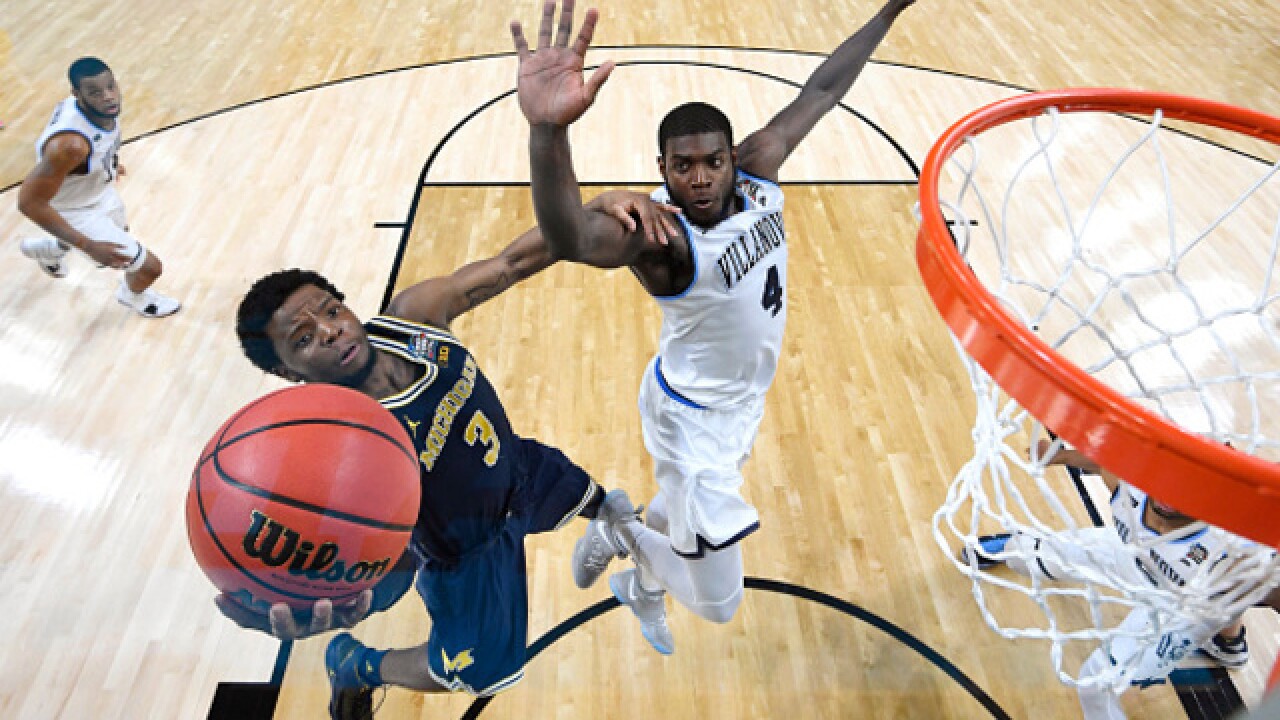 ROSEMONT, Ill. (AP) — Villanova will host Michigan in a rematch of the 2018 NCAA Tournament final on Nov. 14 as part of the fourth annual Gavitt Tipoff Games.

"Returning to the Gavitt Games is an exciting early season opportunity for us, our fans and really all of college basketball," said John Beilein in a statement.

"When you are able to have a rematch of the previous season's national title game, I think that is good for the sport, despite how different the makeup of the two teams may be," he added.

This year's Gavitt Tipoff Games will run from Nov. 13-16. The headliner is the rematch of Villanova's 79-62 NCAA championship game victory over Michigan.

"Jay's program continues to be one of the premiere teams in the country and to face the defending national champions will not only make for a great college basketball environment, but a good opportunity to compete at the highest level right out of the gate."

Georgetown plays at Illinois and Wisconsin visits Xavier on Nov. 13. The Nov. 14 matchups include Marquette at Indiana and Seton Hall at Nebraska as well as the Michigan-Villanova game.

Ohio State visits Creighton and Penn State is at DePaul on Nov. 15. Rutgers will host St. John's on Nov. 16.