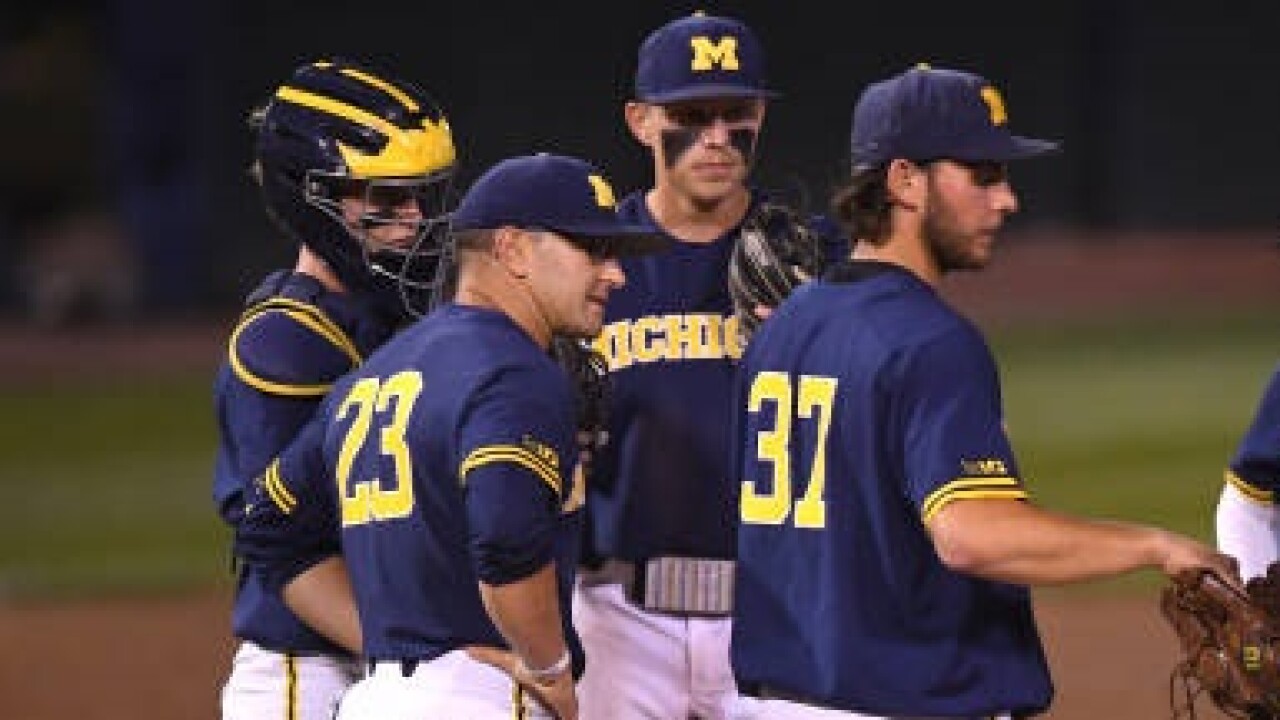 Rutschman was selected No. 1 by the Baltimore Orioles after batting .411 with a nation-leading .575 on-base percentage, 17 home runs, 58 RBIs and a .751 slugging percentage.

Bakich coached Michigan to its first College World Series appearance since 1984 after the Wolverines knocked off No. 1 national seed UCLA in super regionals. Michigan's 46 wins entering Saturday were its most since 2008.