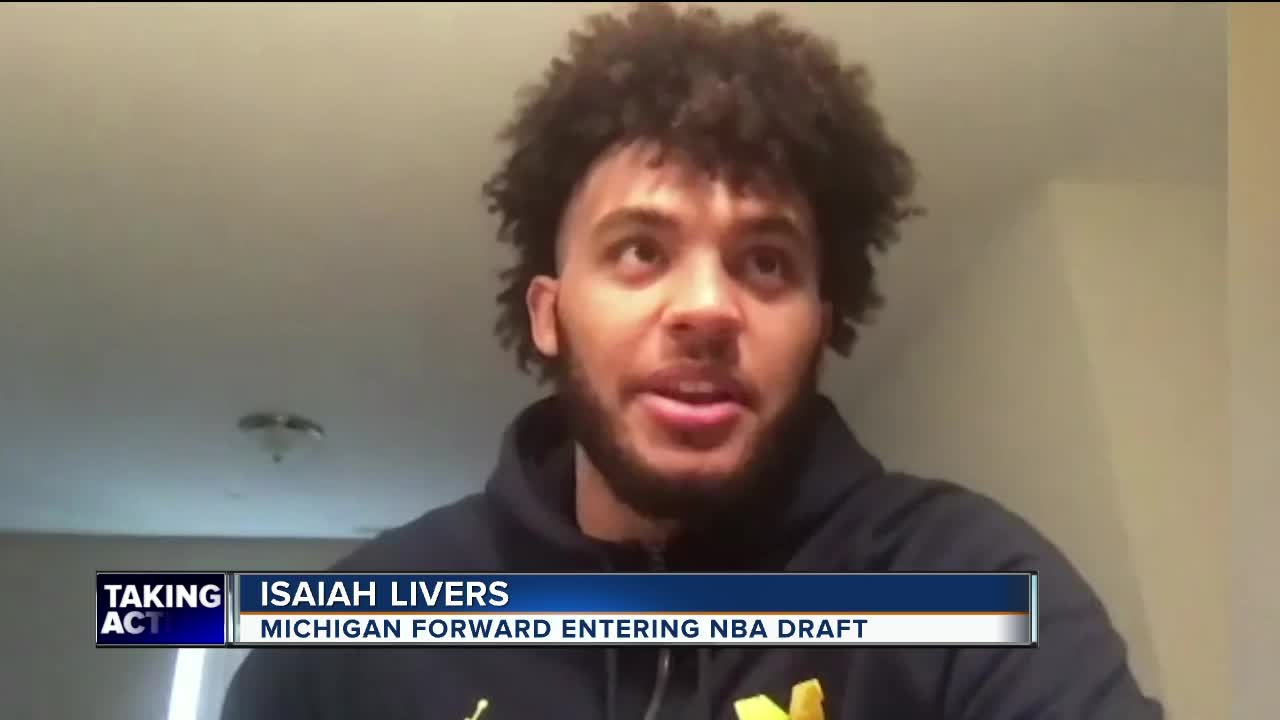 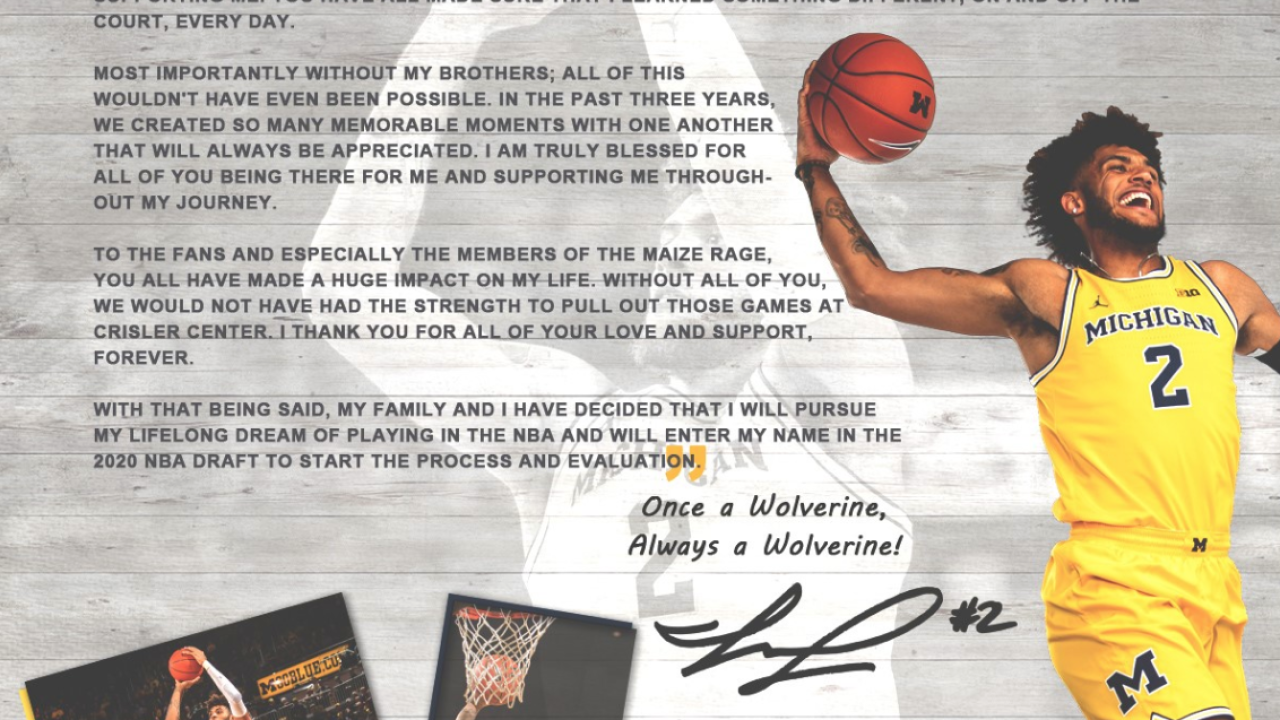 ANN ARBOR (WXYZ) — University of Michigan men's basketball junior forward Isaiah Livers announced that he will apply for early entry into the 2020 NBA Draft. Livers intends to sign with an agent, who will work with the U-M coaching staff to assist through the evaluation and pre-draft processes.

"Following the cancellation of the season, my family and our coaching staff have had several discussions on my future as a basketball player," Livers said. "After much reflection and prayer, I have decided to enter my name into the 2020 NBA Draft and start the full evaluation process. The University of Michigan has done so much for me and helped me get to a position where I might be able to reach my goal of playing professional basketball. While this is only the start of the evaluation, I have appreciated your encouragement and will continue to need it as this process moves on."

Under NCAA rules, college basketball players are allowed to retain the services of an agent during the evaluation process. If they choose to return to school, they must end the relationship with the agent and they will not lose any eligibility. Additionally, players can return to school after going undrafted without losing eligibility, but only if they have participated in the NBA combine.

"We know Isaiah has had the desire to reach the next level of playing professional basketball, and going through the NBA Draft process will give him the information he is looking for to make the proper decision," said U-M's David and Meredith Kaplan Men's Basketball Head Coach Juwan Howard. "Even with everything going on with COVID-19, myself, and our staff, will continue to work closely with Isaiah and his family to gain as much information as possible in the weeks ahead before he reaches his final decision."

In his three seasons in Ann Arbor, Livers started 46 of his 96 career games and compiled an 82-27 record. He helped the Wolverines to their second straight Big Ten Tournament title in 2018 while being part of two straight Sweet 16 appearances in the NCAA Tournament (2018, '19). In 2018, U-M also advanced to its second Final Four and national title game in six years.

Prior to the sudden cancellation of the 2019-20 season due to COVID-19, he was leading the Wolverines with 12.9 points per game after posting 14 double-figure scoring games -- three of which featured him scoring 20 points or more -- including a career-high 24 against Houston Baptist. In addition to his scoring, he averaged career bests in rebounds (4.0.), assists (1.1) and missed just two free throws the entire season, shooting 95.7 percent (44-for-46) from the charity stripe.

The 2017 Michigan Mr. Basketball, Livers has continued his work towards a general studies degree.