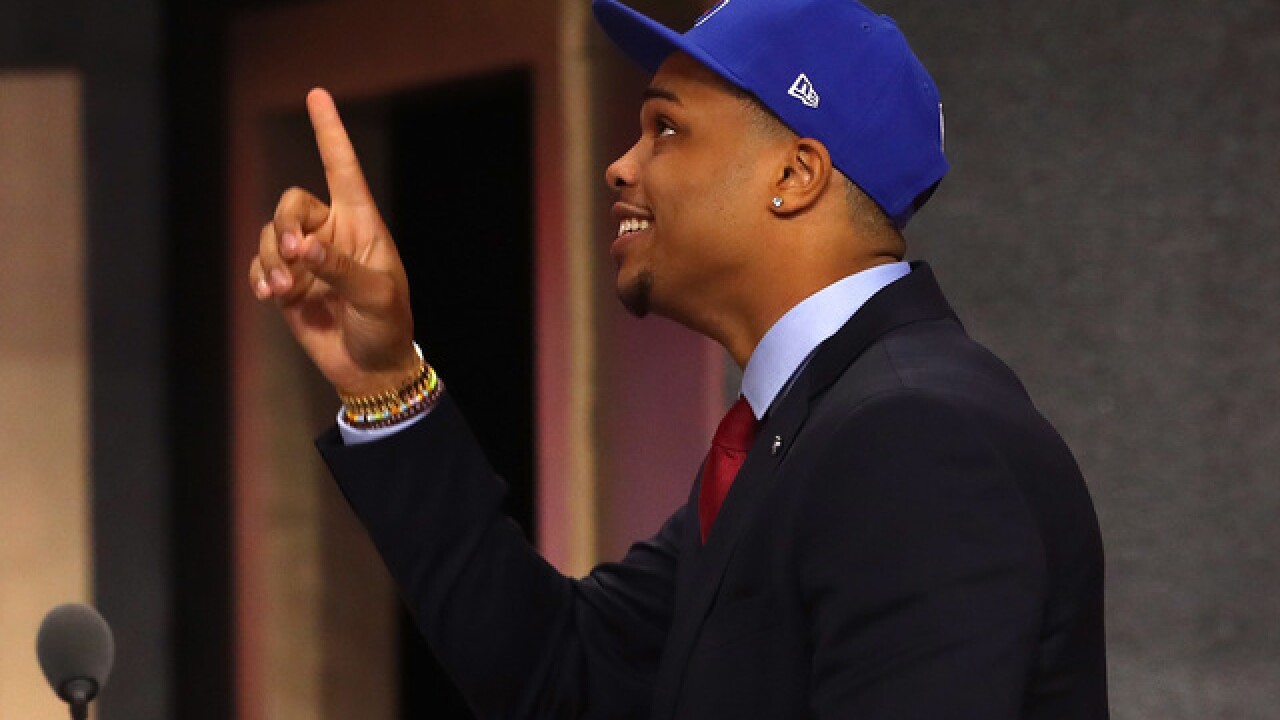 Copyright 2018 Scripps Media, Inc. All rights reserved. This material may not be published, broadcast, rewritten, or redistributed.
Mike Stobe
<p>NEW YORK, NY - JUNE 21: Miles Bridges reacts after being drafted 12th overall by the Los Angeles Clippers during the 2018 NBA Draft at the Barclays Center on June 21, 2018 in the Brooklyn borough of New York City. NOTE TO USER: User expressly acknowledges and agrees that, by downloading and or using this photograph, User is consenting to the terms and conditions of the Getty Images License Agreement. (Photo by Mike Stobe/Getty Images)</p>

He won't suit up for the team, however. The Clippers sent Bridges and two future second-round picks to the Hornets for Shai Gilgeous-Alexander, whom Charlotte picked at No. 11.

The Clippers had back-to-back picks and selected small forward Jerome Robinson of Boston College with the 13th pick.

"It's something you can't put into words," Robinson said during the telecast of the draft. "It's a crazy, unreal feeling. I'm very excited."