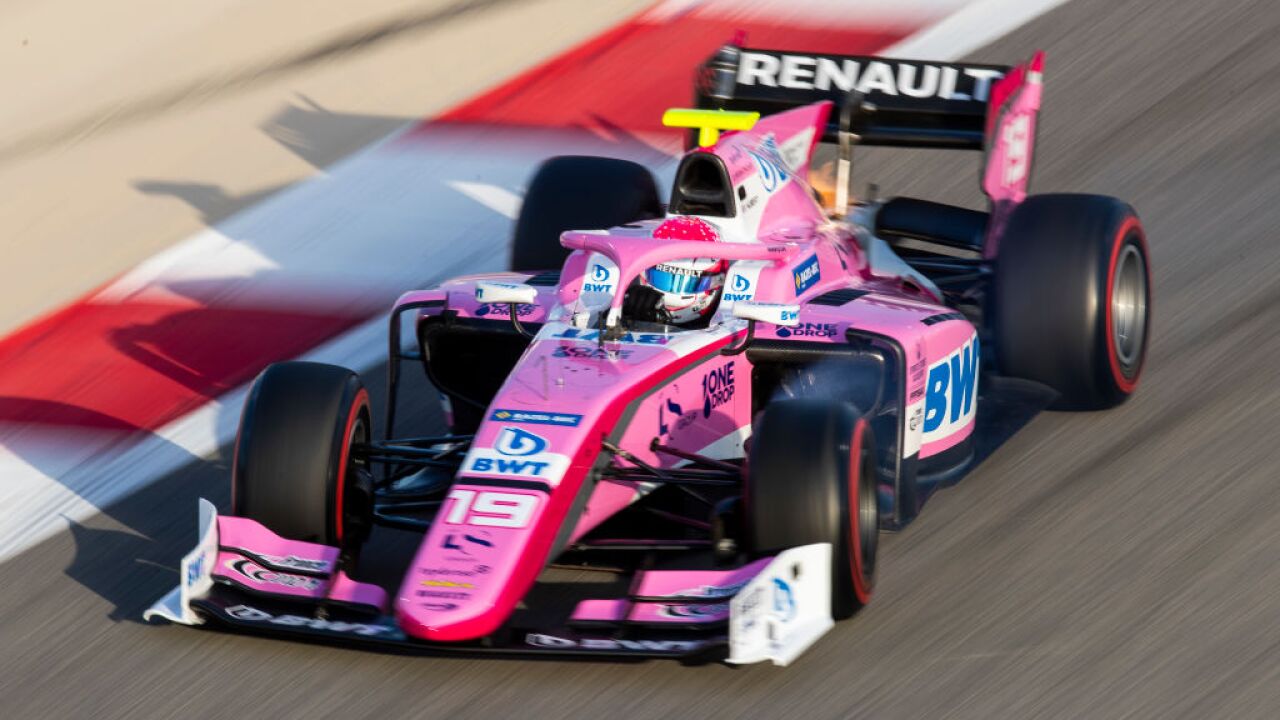 SPA-FRANCORCHAMPS, Belgium (AP) — An idyllic day for motor racing, under clear blue skies and late-summer sunshine on a picturesque track in Belgium, ended with the death of a 22-year-old French driver on Saturday.

The Frenchman lost his life at the high-speed circuit after an estimated 160 mph (257 kph) collision with 20-year-old U.S. driver Juan-Manuel Correa's car, as they accelerated uphill and then out of the notorious Eau Rouge corner on Lap 2. Hubert appeared to lose control of his car on the exit of the corner before slamming into the far-side barrier. His car flew off the tire wall and slid across the circuit before he was hit by Correa's car.

Correa is now recovering in hospital after reportedly breaking his legs.

Both Hubert's and Correa's cars were severed in two following the crash, with Correa's car flipped upside down. Hubert's car sustained a huge impact and span around violently, as did Correa's, with debris from both cars sprayed all over the track. Medics rushed to reach them on the famed 7-kilometer (4.3-mile) tree-lined track located in the Ardennes forest of Belgium.

Motorsport's governing body FIA said Hubert "succumbed to his injuries, and passed away at 18:35" local time at the on-site medical center.

As other drivers swerved around the mangled wreckage of both cars, the race was canceled a few minutes later. An F2 race scheduled here for Sunday has also been called off.

"(It) is a reminder of just how cruel motorsport, the sport we love, can be," Christian Horner said. "In his rookie season, Anthoine was demonstrating to be a star of the future having already won races in Monaco and France this year."

Others in the racing community quickly expressed their sadness.

McLaren addressed its "heartfelt condolences to Anthoine's family and loved ones, his colleagues at the Arden team, and the entire F2 community."

Five-time F1 champion Lewis Hamilton wrote on Instagram: "This is devastating. God rest your soul Anthoine. My prayers and thoughts are with you and your family today." Barely two hours before the incident, Hamilton had qualified third on the same track, having crashed into protective tire barriers during the third and final practice.

The French Automobile Federation said it was "in shock" after hearing of Hubert's death.

The Renault F1 team said in a statement: "Anthoine was a member of the Renault Sport Academy and raced in the FIA Formula 2 Championship, the final ladder to F1 ... The Frenchman was a huge talent who also brought great energy and positivity to his championship, his teams and the Renault Sport Academy. His smile and sunny personality lit up our formidable group of young drivers, who had formed tight and enduring bonds."

French driver Esteban Ocon, who has joined the Renault F1 team for next season, tweeted: "Can't believe it, we had the same age, we started racing together and battled on track for years. All my thoughts goes to his family," adding "Repose en paix" — or rest in peace — in French.

Many other teams and drivers expressed their sympathies about Hubert, who was eighth in the championship standings.

The FIA's statement gave details of the other two drivers involved: the Ecuador-born Correa — in his rookie season — and Giuliano Alesi, the son of former F1 Ferrari driver Jean Alesi.

Correa, who races for the Sauber Junior team, was said to be "in a stable condition" at Liege hospital while 19-year-old rookie Alesi was checked and declared fit at the Spa medical center.

FIA says it is investigating the fatal accident, which happened in good weather and dry track conditions.

French F1 driver Jules Bianchi died in July 2015, after a head-on collision with a track-side crane at the rain-soaked Japanese GP at Suzuka in October 2014.

Ferrari driver Charles Leclerc, who earlier had taken pole position at the Belgian GP for Sunday's F1 race, was a close friend of Bianchi's.

The 21-year-old Leclerc, the 2017 F2 champion, posted a photo on Instagram of himself alongside Hubert during their junior racing days.

Deaths have hit other motorsport series in recent years.

British IndyCar driver Justin Wilson died in August 2015, a day after being hit on the helmet by debris from another car at Pocono Raceway. In 2011, British IndyCar driver Dan Wheldon died of a head injury at Las Vegas when his car flipped cockpit-first into the fence and his head struck a pole.