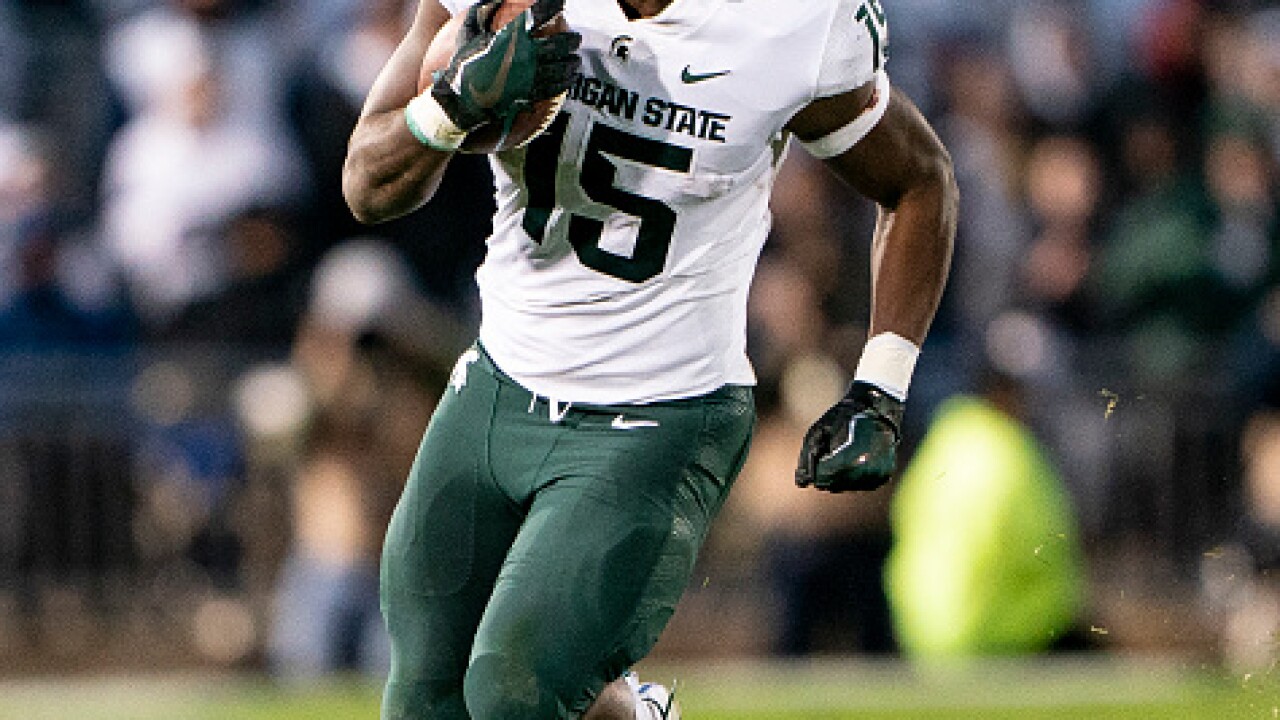 EAST LANSING (WXYZ) — The depth in Michigan State's backfield took another hit today as La'Darius Jefferson has entered his name in the transfer portal, according to reports.

The sophomore running back was having a hard time finding time on the field, after Elijah Collins took over the reigns as the Spartans starting rusher.

Jefferson rushed for 255 yards and two touchdowns in his college career.