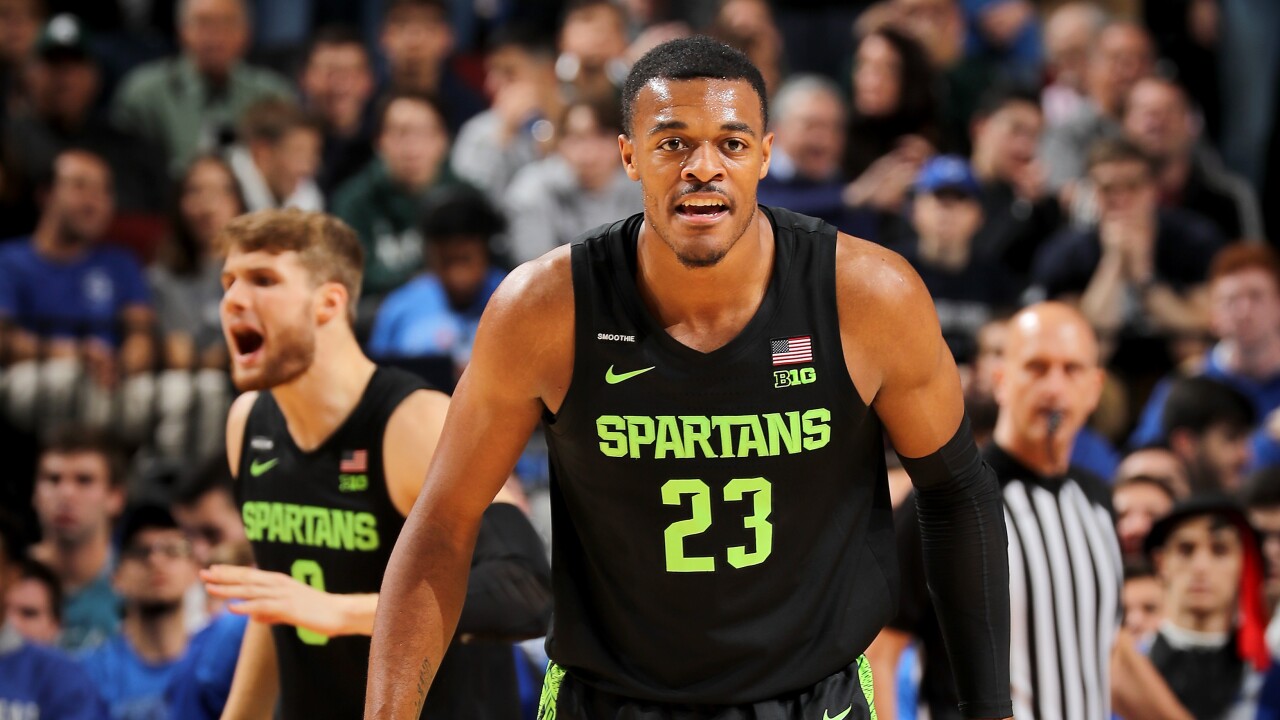 Copyright 2019 by Getty Images
Elsa/Getty Images
NEWARK, NEW JERSEY - NOVEMBER 14: Xavier Tillman #23 and Kyle Ahrens #0 of the Michigan State Spartans celebrate in the first half against the Seton Hall Pirates at Prudential Center on November 14, 2019 in Newark, New Jersey. (Photo by Elsa/Getty Images) 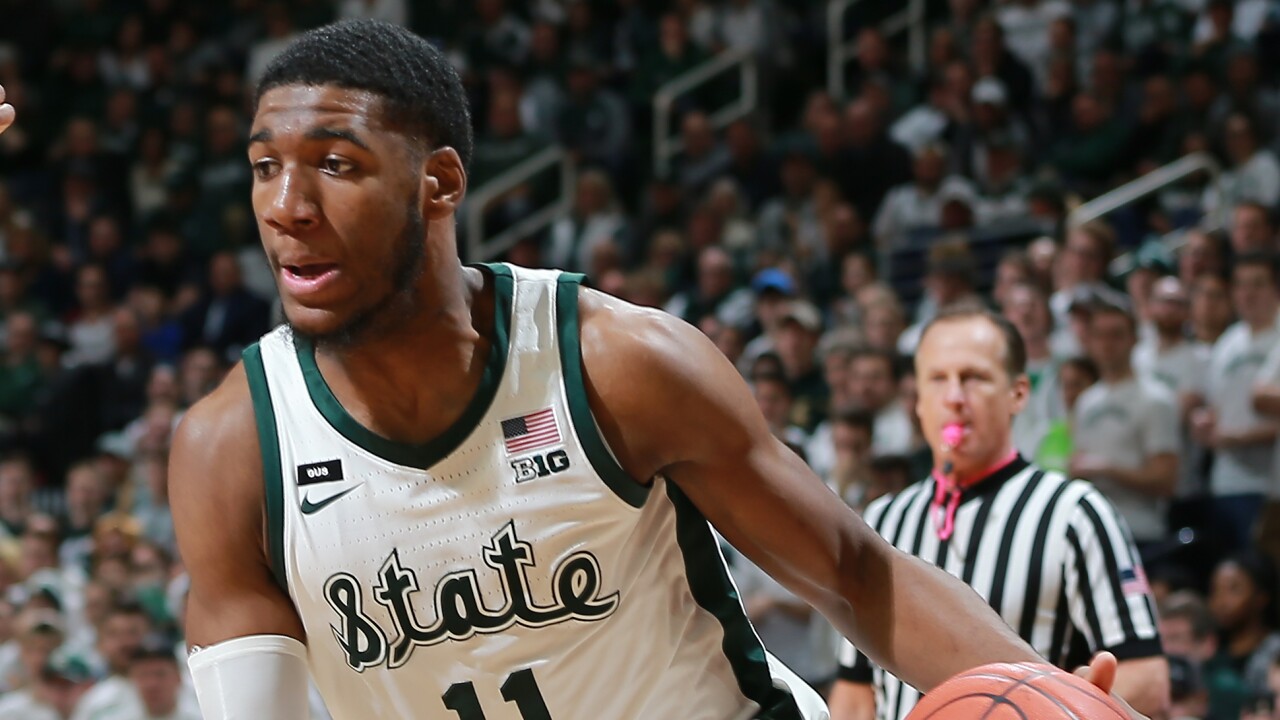 EAST LANSING (WXYZ) — Michigan State basketball fans have been used to getting good news in the past month.

Three 5-star recruits will be coming to campus in the coming years, but as for next year, Tom Izzo saw one player stay in the NBA Draft while another will return to campus.

Junior forward Xavier Tillman, will forgo his final season of college eligibility to stay in the 202 NBA Draft, while sophomore guard Aaron Henry will return to the Spartans for at least another season.