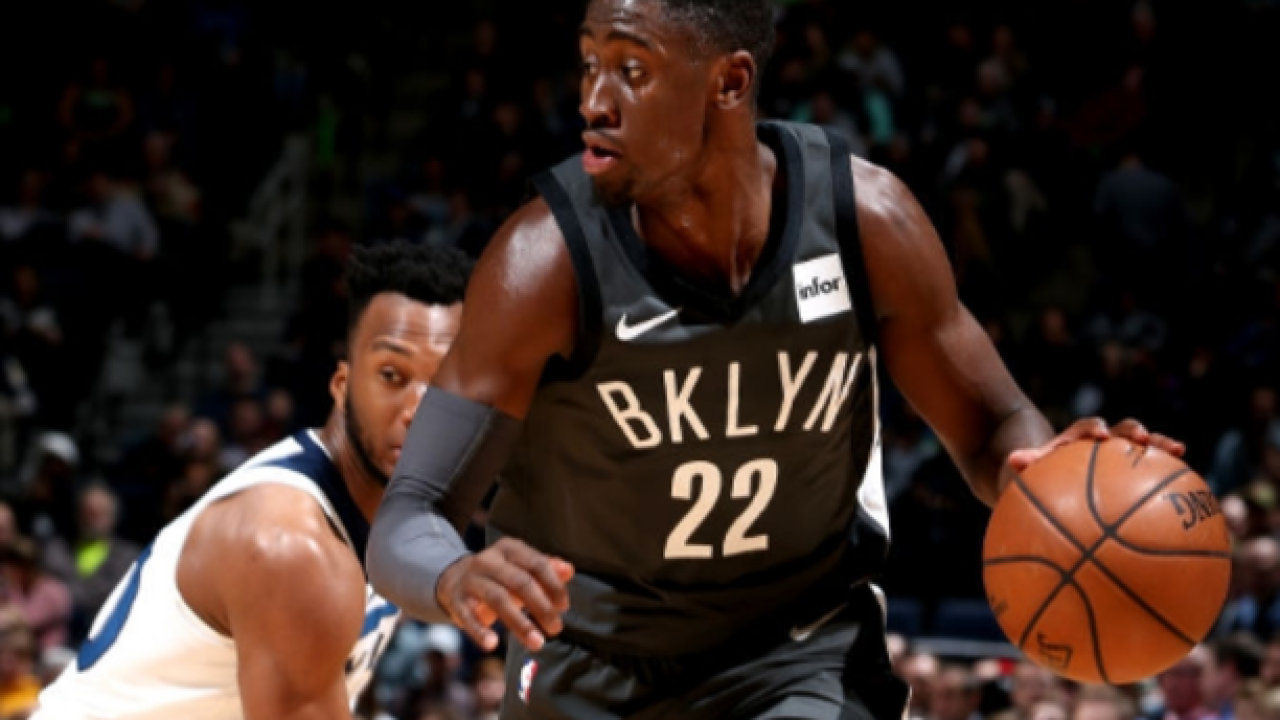 MINNEAPOLIS (AP) -- Nets guard Caris LeVert sustained what appeared to be a severe right leg injury during the second quarter of Brooklyn's game against Minnesota on Monday night and was taken to a hospital.

LeVert was racing back to try to block a shot with 3.7 seconds remaining and his leg bent awkwardly when he landed. He spent several minutes on the court being attended by medical personnel while the crowd at Target Center fell silent. Timberwolves players huddled in prayer while Nets players surrounded their injured teammate, who was taken off the court on a stretcher with some Nets in tears.

Replays of the gruesome injury were not shown in the arena.

The Nets said LeVert would undergo a full evaluation at the hospital and further updates would be issued as available.

LeVert, a former first-round pick in his third season, was averaging a team-leading 19 points entering the game. He had 10 points, five rebounds and four assists Monday.