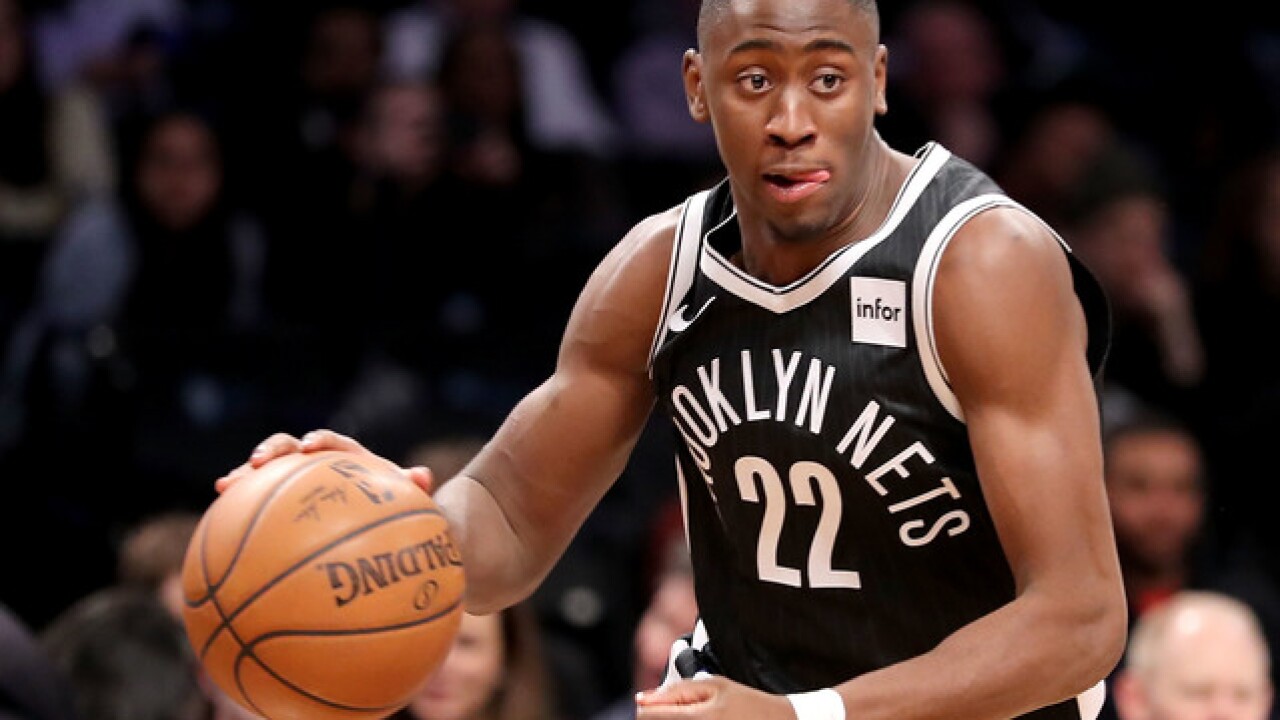 The Brooklyn Nets said Tuesday their leading scorer suffered only a dislocation of his right foot and no fractures, and he could return this season.

That's far better than what was feared when LeVert's leg appeared to bend in a gruesome manner after he leaped to block a shot in the final seconds of the first half of Monday night's game in Minnesota.

"While the optics of this injury may have appeared to be more severe, surgery will not be required," team orthopedist Dr. Martin O'Malley said in a statement.

O'Malley examined LeVert on Tuesday at the Hospital for Special Surgery and the third-year swingman was diagnosed with a subtalar dislocation of the right foot.

O'Malley said there was only moderate ligament damage and that following a period of rehabilitation, LeVert was expected to return to full strength and resume all basketball activities without any limitations this season.

LeVert's injury initially appeared similar to the severe leg injuries suffered in recent years by Paul George and Gordon Hayward, and players prayed and some were in tears as a stretcher was brought onto the court to take LeVert to a hospital.

But he was able to return to New York with the Nets later Monday as players from around the NBA were sending well wishes on social media.

LeVert, who battled foot injuries in college at Michigan before emerging as a first-round pick, had been the Nets' best player during their promising start. He is averaging 18.4 points and is the only player in the league this season to convert multiple go-ahead baskets with less than 10 seconds remaining in regulation or overtime.