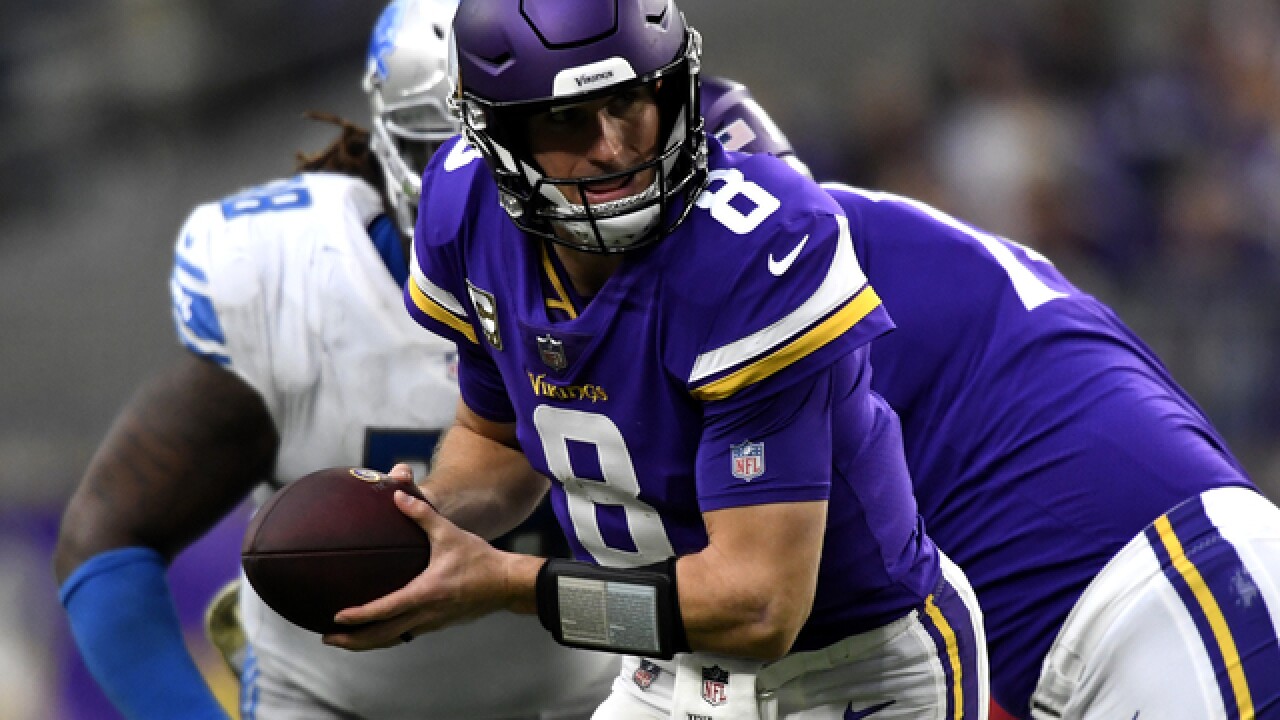 Copyright Getty Images
Hannah Foslien
<p>MINNEAPOLIS, MN - NOVEMBER 4: Kirk Cousins #8 of the Minnesota Vikings drops back to hand the ball off in the third quarter of the game against the Detroit Lions at U.S. Bank Stadium on November 4, 2018 in Minneapolis, Minnesota. (Photo by Hannah Foslien/Getty Images)</p>

NEW YORK (AP) -- The NFL has moved the Vikings game at Chicago from Sunday afternoon to prime time on NBC on Nov. 18.

That bumps Steelers at Jaguars to 1 p.m. EST on CBS. Also moving that day is the matchup between the Eagles and Saints in New Orleans, now a 4:25 p.m. game on Fox rather than at 1 p.m.

Chicago currently leads the NFC North at 5-3, a half-game in front of Minnesota, which has a bye this week. The Bears will play the early game at Detroit on Thanksgiving less than four days after the night game with the Vikings.

It's the second time this season the league flexed a Sunday game to prime time. Previously it did so to Cincinnati at Kansas City on Oct. 21.