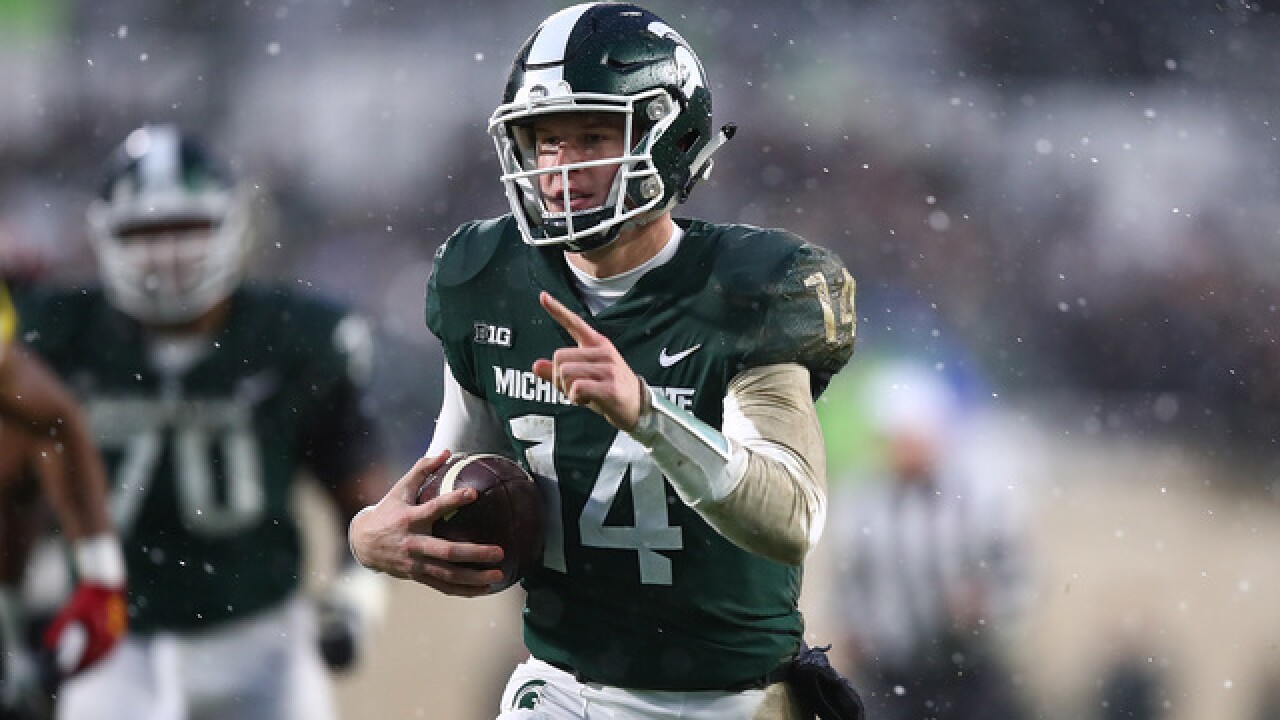 EAST LANSING, Mich. (AP) — They will take the field at Spartan Stadium with a talented quarterback, a wealth of returning starters and high hopes for the season to come.

The Utah State Aggies, of course.

And yes, all of the above applies to No. 11 Michigan State as well.

"Lot of experience on the football field Friday night," Spartans coach Mark Dantonio said. "So it will be exciting."

It would be a stretch to call Michigan State and Utah State mirror images, but there are some intriguing similarities heading into Friday's season opener in East Lansing. The Aggies list eight returning starters on each side of the ball on this week's depth chart, while the Spartans have 10 returning starters on offense alone. Michigan State is coming off a 10-win season that re-established the Spartans among the contenders in the Big Ten. Utah State went to a bowl last year and now wants to challenge the Mountain West's elite.

"I'm really looking forward to this opportunity watching our guys play against one of the best teams in the country," Aggies coach Matt Wells said. "This is a team that has Big Ten championship and playoff aspirations, and they certainly have the talent coming back to do that. They'll be in the hunt for both of those at the end of the year."

Michigan State has won 19 straight home openers. This will be the first meeting between these two programs. There is a potential contrast in styles. The Spartans have shown over the years that they can win tight, low-scoring games by relying on their defense, but Dantonio is wary of Utah State's tempo.

"Offensively, no-huddle type thing," he said. "They're going as fast as anybody in the country. Been impressed with their quarterback."

Utah State's Jordan Love set a school record last season for yards passing by a freshman. That was despite the fact that he started only six games. He threw for 1,631 yards on the year with eight touchdowns and six interceptions. Michigan State's Brian Lewerke was impressive in his first full season as the starter, becoming the first quarterback in school history to throw for over 2,500 yards and rush for over 500 in the same season.

Michigan State has nine returning starters on defense, but one of them is cornerback Josiah Scott, who has been dealing with an injury . Josh Butler is listed atop the depth chart instead. Utah State would also have even more returning starters on the depth chart, but guard Moroni Iniguez and linebacker Suli Tamaivena are on the injured list this week.

Utah State forced 29 turnovers last season and tied for second in the nation with 16 fumble recoveries. This could be a good test to see if Michigan State running back LJ Scott and his teammates have put their fumbling problems from 2017 behind them.

Utah State also opened last season on the road against a Big Ten opponent. The Aggies led 10-0 after the first quarter against Wisconsin but went on to lose 59-10 .

"All of us offensive linemen, it was our first game starting. We have a lot of experience now under our belt," guard Rob Castaneda said. "We've played a full season, played in a bowl game and we're used to that big environment."

The Aggies lost cornerback Jalen Davis, who was a second-team All-American as a senior last year. Davis had five interceptions last season and returned three of them for touchdowns. He also had four sacks.