No. 4 Michigan looks to give No. 1 Louisville its sixth straight loss to ranked opponents 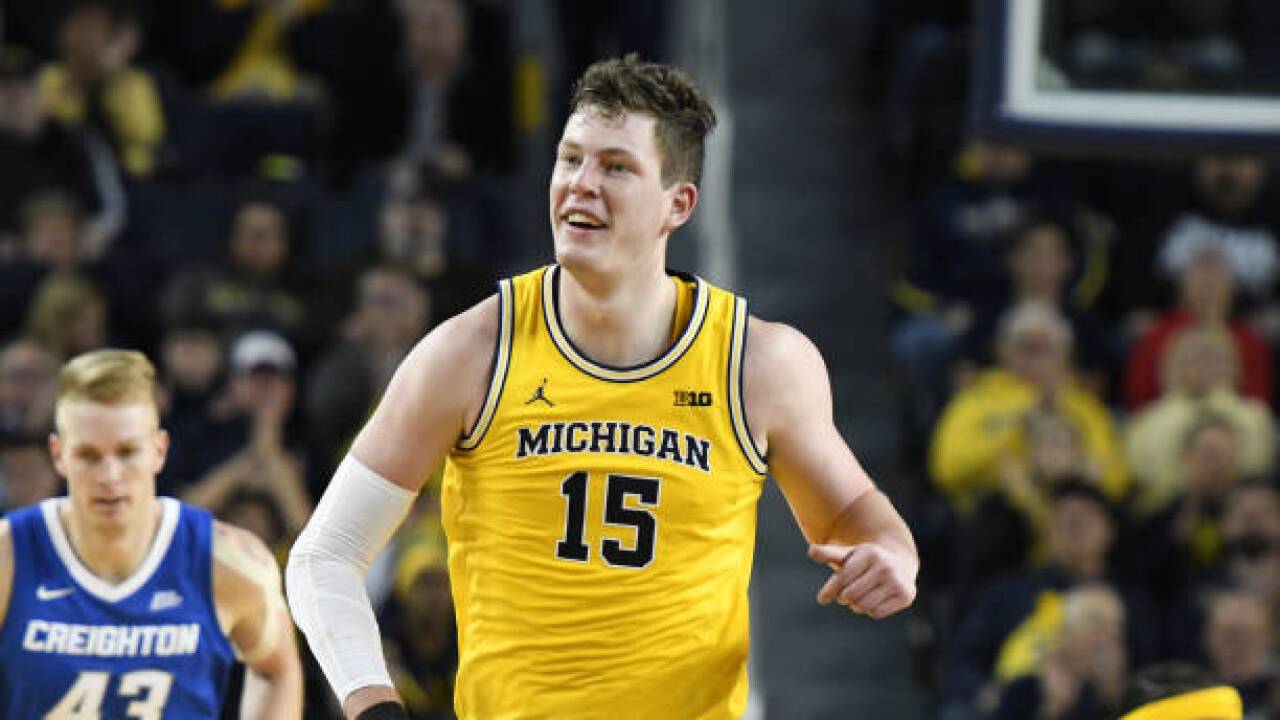 BOTTOM LINE: No. 4 Michigan looks to give No. 1 Louisville its sixth straight loss to ranked opponents. Louisville's last win vs a ranked opponent came against the then-No. 11 Virginia Tech Hokies 72-64 on Feb. 4. Michigan is looking to extend its current seven-game winning streak.

SAVVY SENIORS: Louisville has relied heavily on its seniors this year. Jordan Nwora, Dwayne Sutton, Steven Enoch and Ryan McMahon have collectively accounted for 67 percent of the team's scoring this year and 64 percent of all Cardinals points over the last five games.

OFFENSIVE THREAT: Zavier Simpson has either made or assisted on 49 percent of all Michigan field goals over the last three games. Simpson has accounted for 13 field goals and 32 assists in those games.

STREAK STATS: Louisville has won its last five home games, scoring an average of 82.8 points while giving up 60.2.

ASSIST-TO-FG RATIO: The Cards have recently converted baskets via assists more often than the Wolverines. Louisville has an assist on 43 of 78 field goals (55.1 percent) across its previous three outings while Michigan has assists on 50 of 92 field goals (54.3 percent) during its past three games.

DID YOU KNOW: Michigan as a team has made 10.3 3-pointers per game this season, which is tops among Big Ten teams.