No Michigan football? President says not without students 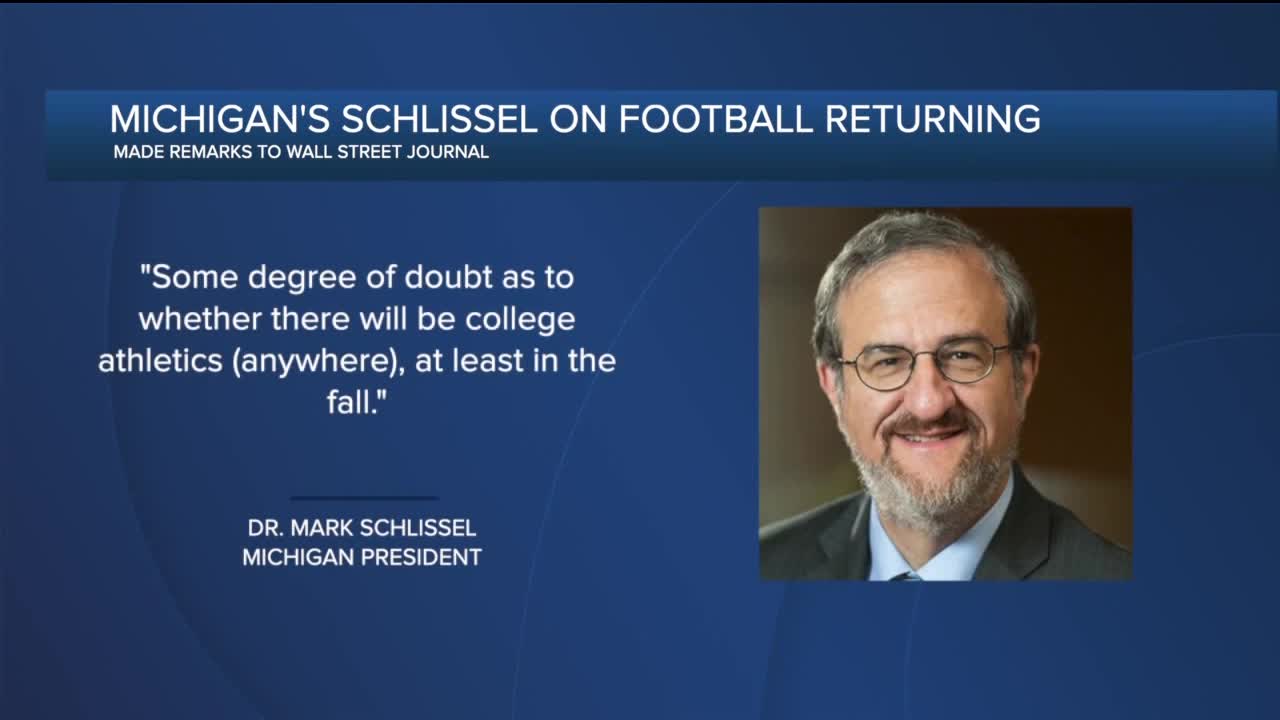 The University of Michigan's President has said no students, no football. 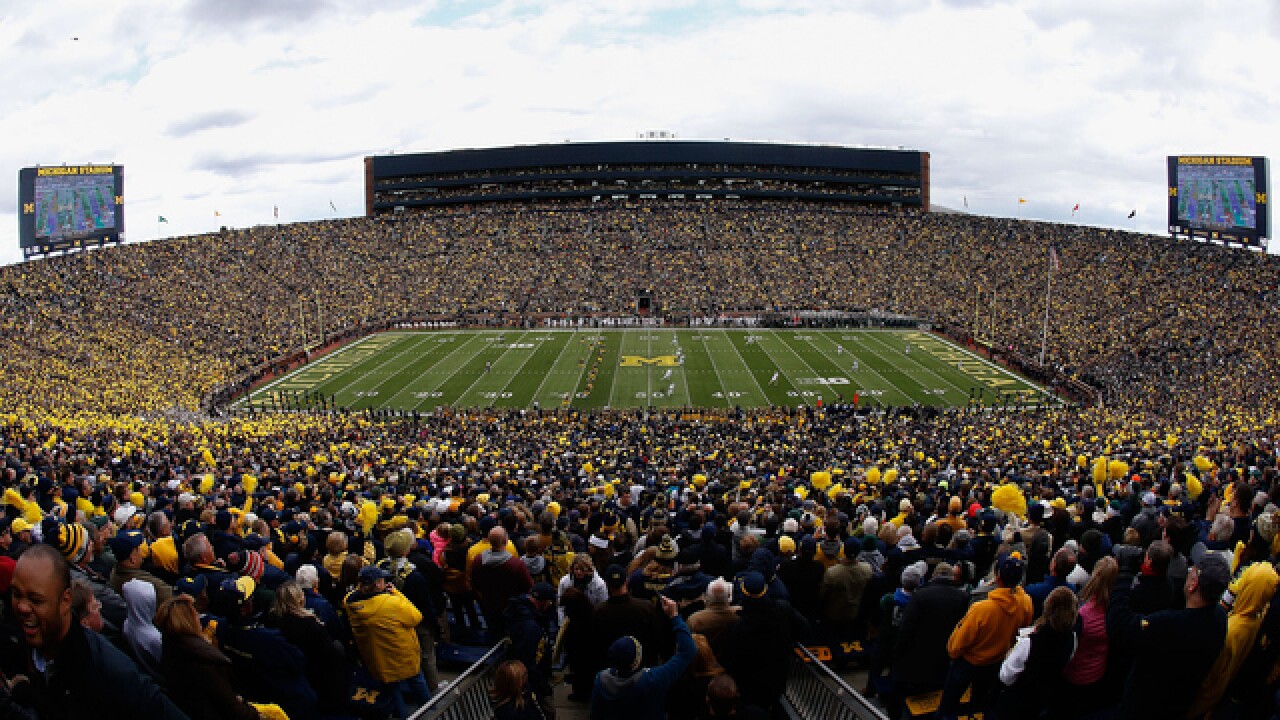 WXYZ — Some Universities are already preparing for students to be back on campus in the fall, others, still waiting it out.

Michigan President Mark Schlissel told the Wall Street Journal on Sunday that the University is waiting to make that decision, but if the scenario plays out where students aren't back on campus, football games wouldn't return either.

“If there is no on-campus instruction then there won’t be intercollegiate athletics, at least for Michigan,” Schlissel told the Wall Street Journal.

He also expressed "some degree of doubt as to whether there will be college athletics (anywhere), at least in the fall.”

Schools like Central, Eastern and Western Michigan have all said they expect students back, whereas Michigan State is also waiting until sometime in July to make a decision.