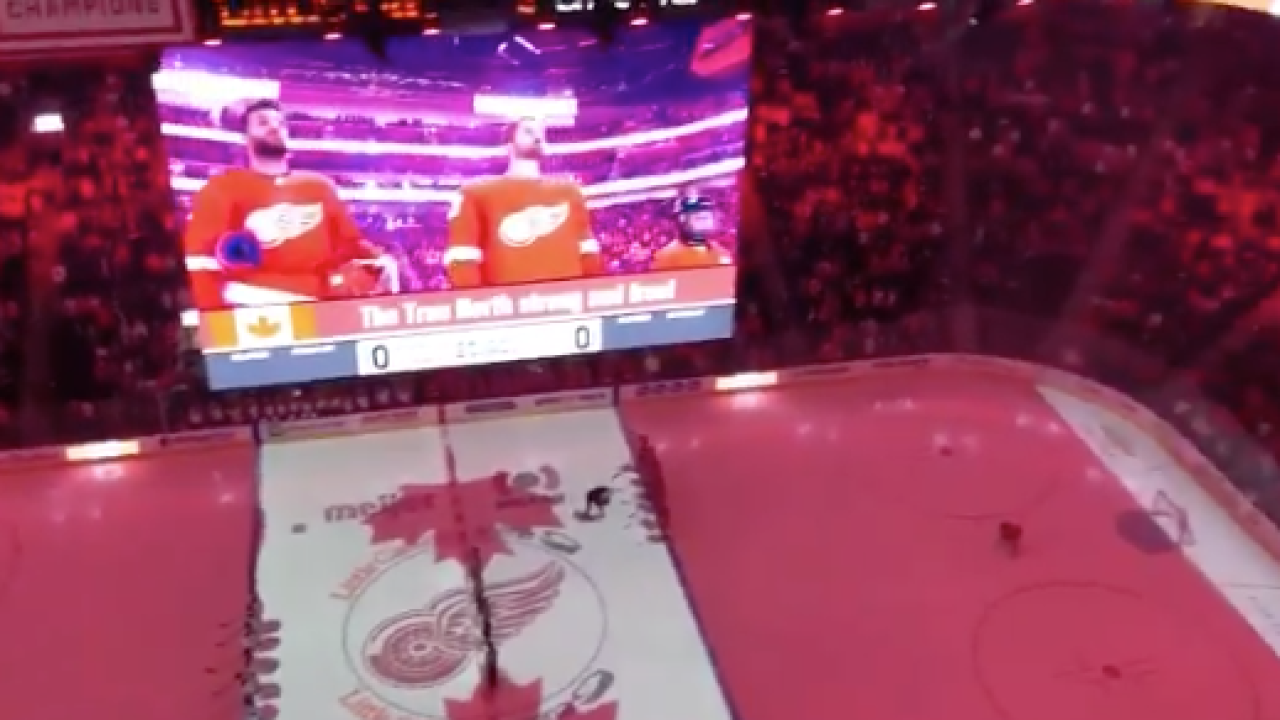 DETROIT (WXYZ) — In an awesome display of good sportsmanship, Detroit fans showed their true colors. During Tuesday night's game against the Montreal Canadiens, the singer performing the country's national anthem ran into some technical issues.

The woman's mic cut out, but that didn't stop the show. Detroit Red Wings fans sang at the top of their lungs the Canadian national anthem because of course, the show must go on.

The National Hockey League tweeted out video of the event.

The mic went out, but the @DetroitRedWings crowd sang the Canadian national anthem as loud as they could.