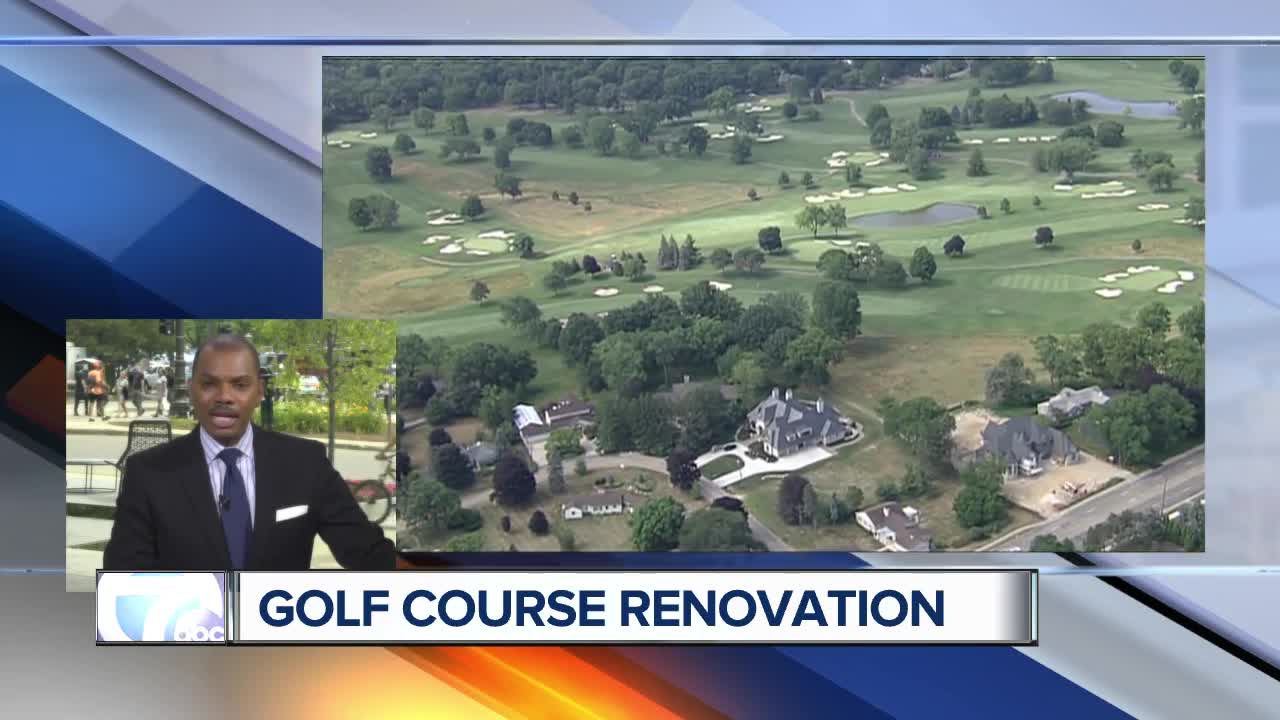 Oakland Hills is gunning to land another major, and perhaps more.

BLOOMFIELD TOWNSHIP, Mich. (WXYZ) — It's been a year since the membership at Oakland Hills Country Club approved a massive renovation of the south course, and this week, they announced the south course will close on Oct. 1 for the renovation. The goal is to land more major championship events.

In a press release, the country club said it has tapped renowned golf architect Gil Hanse to lead the project, which will now also include a PrescisionAire system.

The South Course last hosted a major in 2008, when the PGA Championship was in town. During the two-year renovation, the club's north course will remain open, which recently held the 2016 U.S. Amateur.

According to the club, the PrescisionAire system uses technology to dry, cool and heat the green subsurface to ensure high-quality surface conditions throughout the entire golf season.

“The PrecisionAire system will help fulfill our vision for a consistently great day-to-day member experience on the renovated South Course,” said Club President Tom Stacy. “This long-term investment received enthusiastic support from the membership, validating our commitment to our vision. Oakland Hills South Course will be the first course in Michigan to have this type of technology, which courses like the Merion Golf Club, Bel-Air Country Club and TPC Sawgrass have added in recent years.”

“PrecisionAire will provide benefits through the spring, summer and fall for optimal growing and performance conditions on the green complexes by controller moisture content and temperature, using sensors in the greens” explained Rory Godfrey, COO and General Manager of the Club.

Hanse will work to combine the original Donald Ross design with aspects for course evolution that has happened over the last 60 years. Renovation projects under Hanse include Trump Doral Resort, Pinehurst No. 4, TPC Boston, Colonial Country Club, Royal Sydney Golf Club and more.

“We appreciate that the membership has approved all renovation plans for the South Course at Oakland Hills,” said Gil Hanse, founder of Hanse Golf Course Design. “We are now looking forward to beginning the project as we look to combine the best attributes of the original Donald Ross design, with the finest aspects of the course evolution that has occurred over the last 60-plus years. Our goal is to maximize the potential of this exceptional golfing landscape and this masterpiece of a golf course.”