One-on-one with Jim Harbaugh: why he still believes in Michigan despite loss to Notre Dame 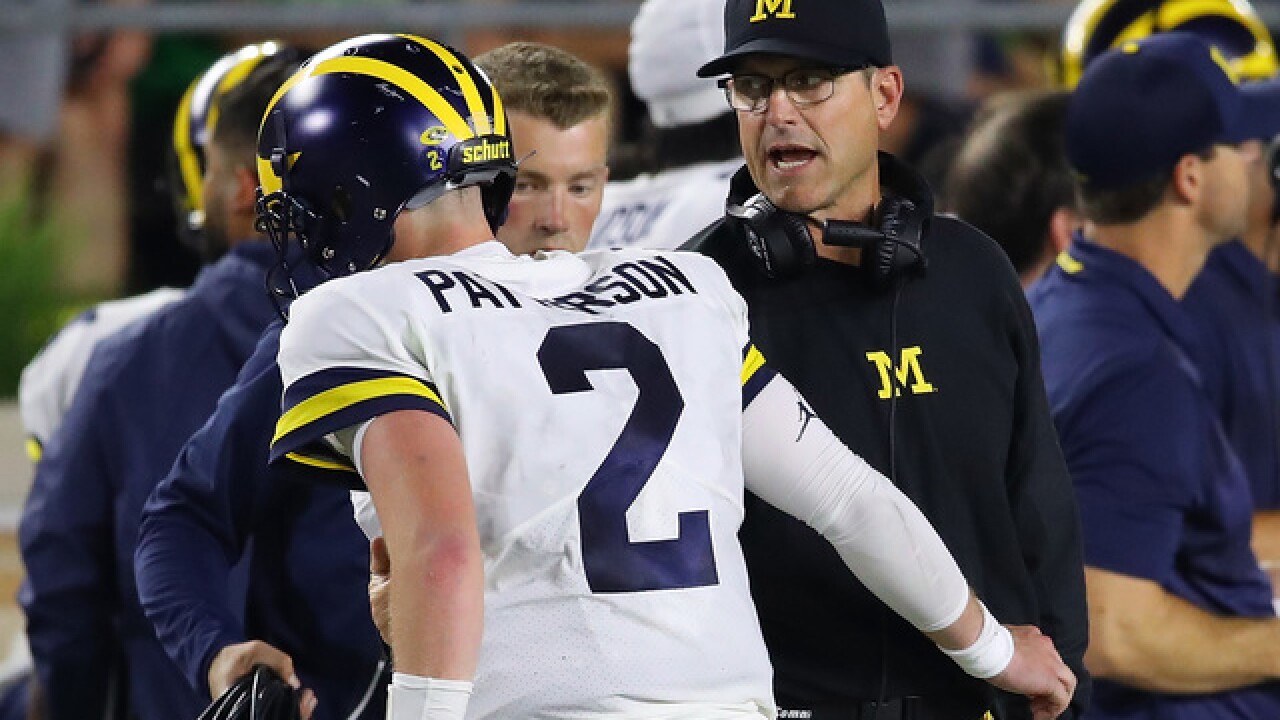 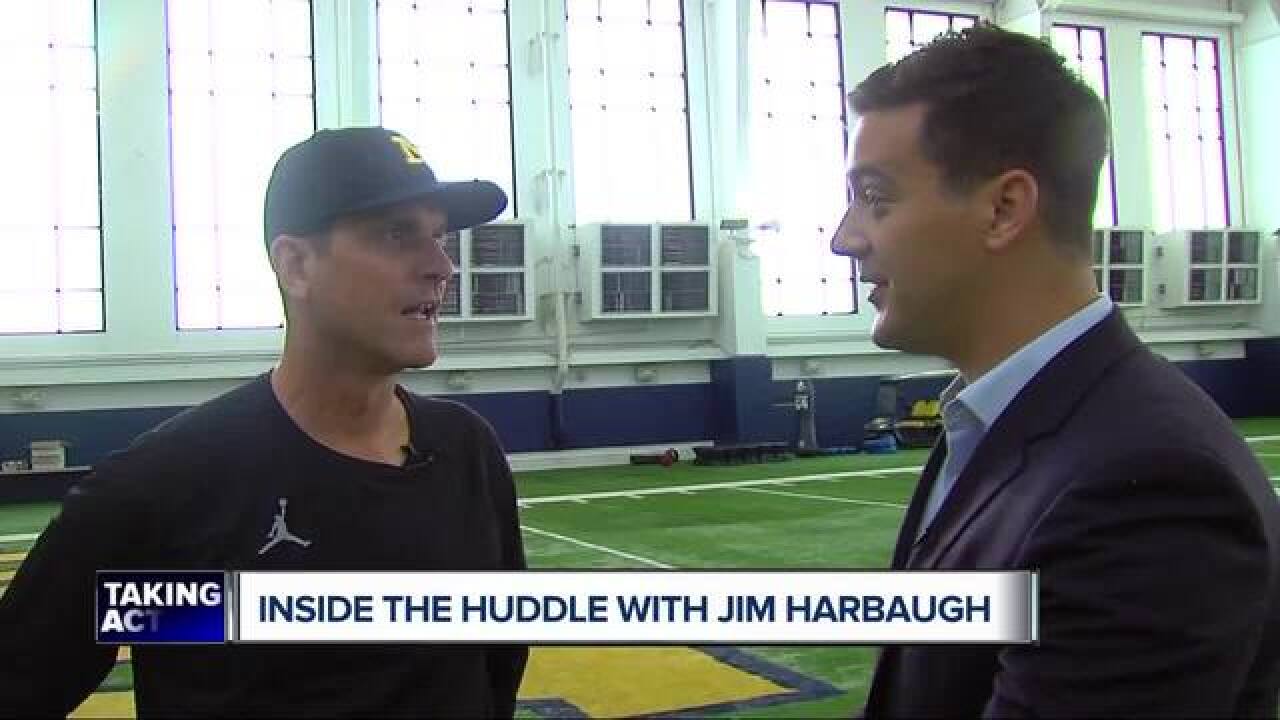 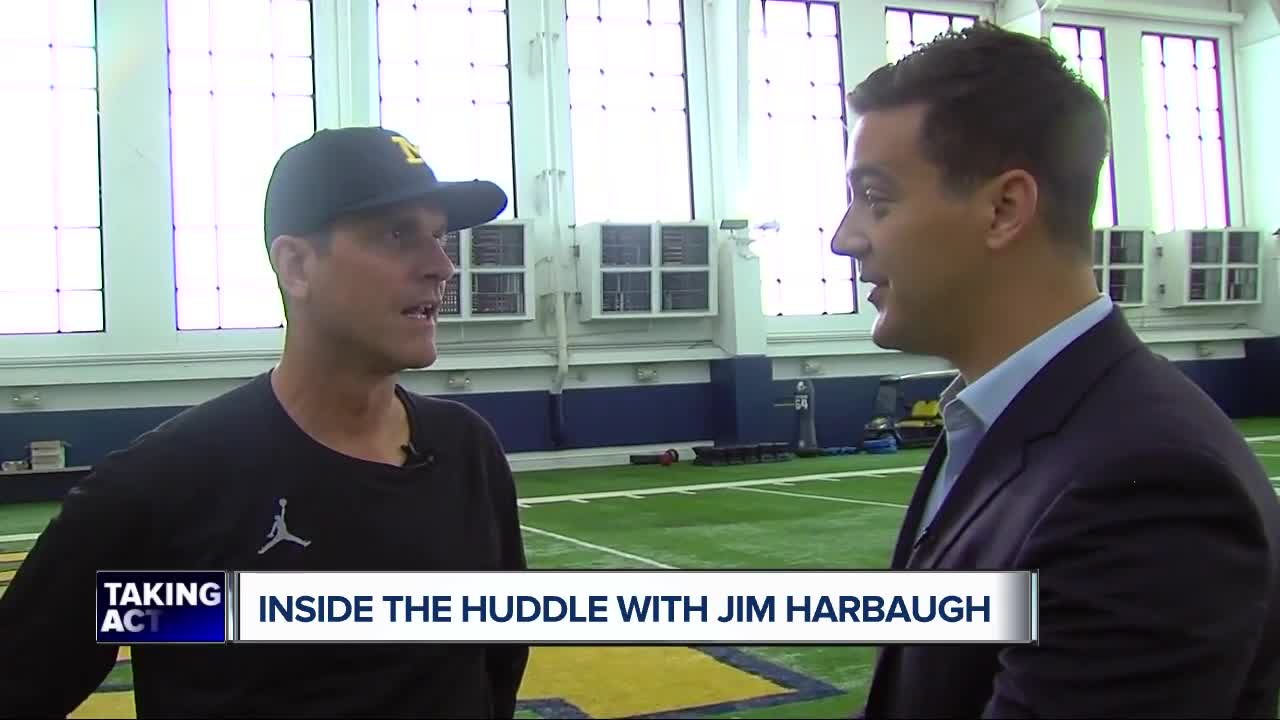 Jim Harbaugh was fired up for Saturday.

He talked openly about the bus ride to South Bend as a part of a rivalry that "just made sense" for college football.

He couldn't hold back his annual fervor for the first game of the season, for a chance to see his guys on the field against someone else.

Yet as Monday afternoon rolled around in Ann Arbor, Harbaugh's emotions were notably, understandably different.

"It hurts. Losses hurt. I've been a part of quite a few of them throughout my career as a player and a coach, but I take a lot of pride in getting up and getting at it," he told WXYZ on Monday.

The Wolverines lost 24-17 to Notre Dame, in a game that never saw Michigan's offense pick up much steam.

U-M is now winless in the program's last 17 true road games against ranked opponents. It's a number widely talked about Saturday, but one Harbaugh didn't seem too concerned with 36 hours after the game.

"I don't know that statistic. I feel like we've won some big games on the road. But what we focus on is the next game. That's what we're up and at it doing," Harbaugh said.

When asked if he thinks Michigan can still get to the level he wants to the program to be, he responded with two words.

The Wolverines were hurt in South Bend by similar issues that haunted them last season. The offensive line left pressure in Shea Patterson's face far too much, the red zone offense faltered and failed to find the end zone in multiple trips, and the defense allowed big plays that turned the tide early in the first half.

Harbaugh said he actually saw improvement in his offensive line, and a year-to-year growth with the unit.

FOR MORE, WATCH HARBAUGH'S CONVERSATION WITH WXYZ ON 7 ACTION NEWS AT 6 PM AND CHECK BACK HERE EVERY MONDAY FOR THE VIDEO AFTER IT AIRS ON TV