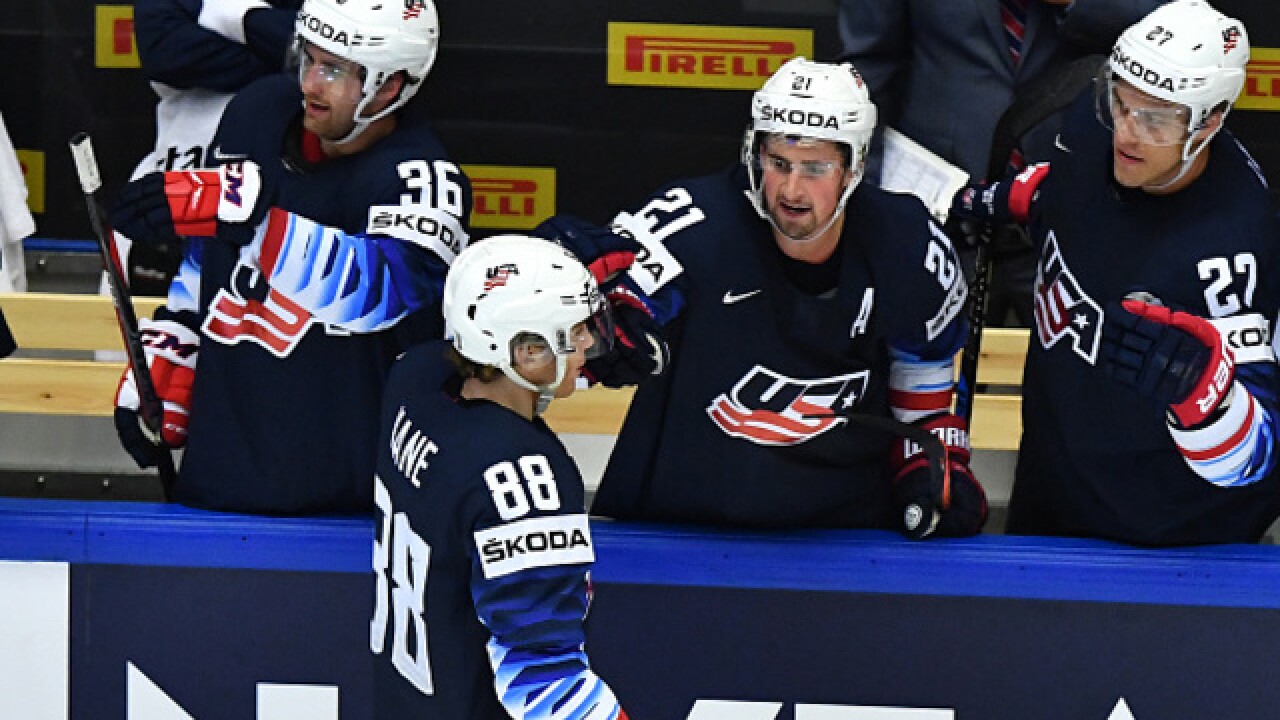 HERNING, Denmark (AP) — Captain Patrick Kane scored two goals to lift the United States to a 3-2 win over the Czech Republic in the quarterfinals of the ice hockey world championship on Thursday while Canada beat Russia, 5-4, in overtime.

Kane claimed the third-period winner to take the outright lead in the scoring table on 19 points, a U.S. record, with eight goals and 11 assists and set up a semifinal against defending champion Sweden or Latvia on Saturday.

The U.S. is looking for its first medal since the bronze in 2015.

“We came here to put ourselves in a position to try to win the gold,” Kane said. “We’re on the right path.”

The U.S. took control with a couple of goals in the span of 1:43 midway through the first period in Herning.

Kane beat goaltender Pavel Francouz from the right circle before Nick Bonino fed Cam Atkinson in front of the net to stretch the lead with a backhand shot.

The Czechs hit back in the second period. Michal Repik reduced the advantage on a slap shot and Martin Necas netted the tying goal on a power play.

In Copenhagen, Ryan O’Reilly scored 4:57 into overtime to knock out Russia while captain Connor McDavid had three assists, including on the winning goal.

Hunting its third title in four years, Canada will face Finland or Switzerland in the semis.

Defenseman Colton Parayko blasted a slap shot past goaltender Igor Shestyorkin on a power play to give Canada a 1-0 lead in the first period before Ryan Nugent-Hopkins doubled the advantage on another power play.

But Alexander Barabanov and Ilya Mikheyev scored in the second period to tie the game.

Kyle Turris made it 3-2 to Canada in the third before Sergei Andronov leveled. Pierre-Luc Dubois put Canada ahead again but Russia answered with a goal from Artem Anisimov.