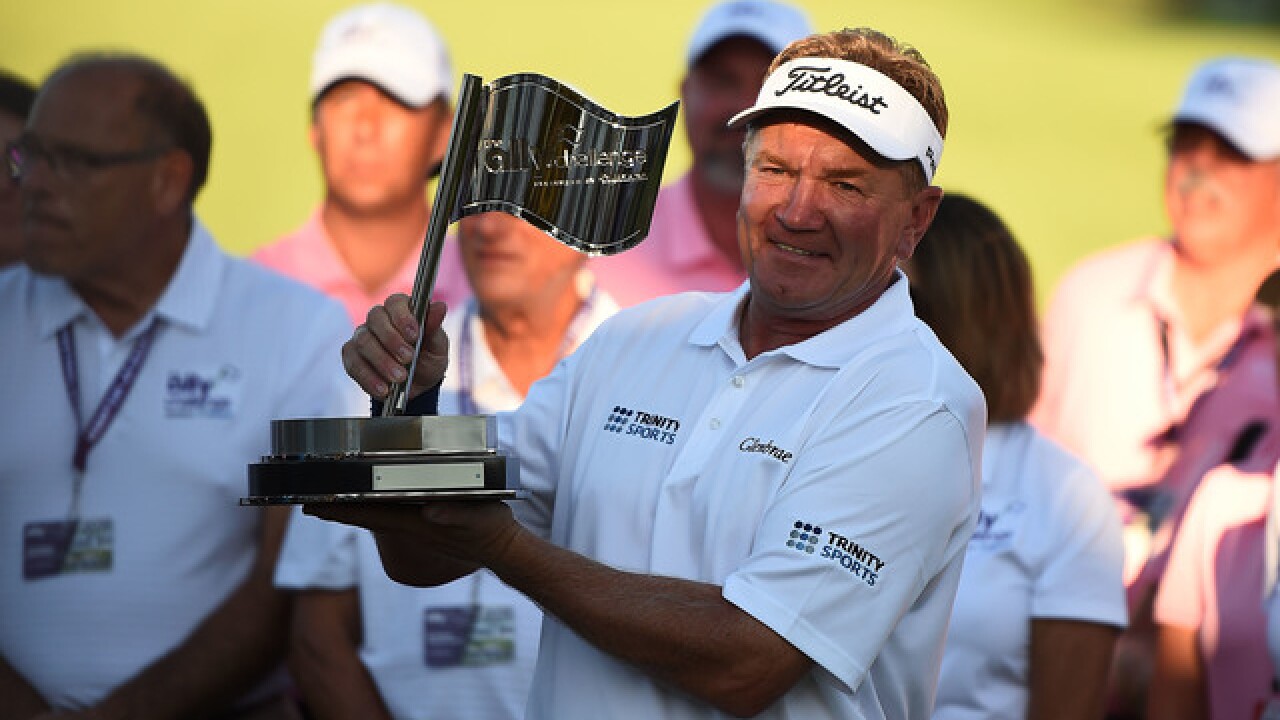 Broadhurst rebounded from a bogey on the par-3 11th with birdies on the par-4 12th and par-5 13th and made a 15-foot birdie putt on the par-4 18th. The 53-year-old Englishman finished at 15-under 201 on the tree-lined layout that was the longtime home of the PGA Tour's Buick Open.

Broadhurst won for the second time this year in Michigan, following his Senior PGA victory at Benton Harbor in May with his fifth senior title. He also teamed with Kirk Triplett for a playoff victory over Lehman and Bernhard Langer in April in the Legends of Golf.

Scott McCarron, tied for the second-round lead with Tom Lehman and Jeff Maggert, had a 77 to tie for 33rd at 5 under. The winner two weeks ago in Canada, McCarron dropped four strokes on the final two holes on the front nine, making a bogey on the par-3 eighth and a triple bogey on the par-4 ninth. Maggert shot a 72 to tie for eighth at 10 under.